Cheyenne River Lakota Chairman -- A Place for Prayer: 'All we have is each other.' 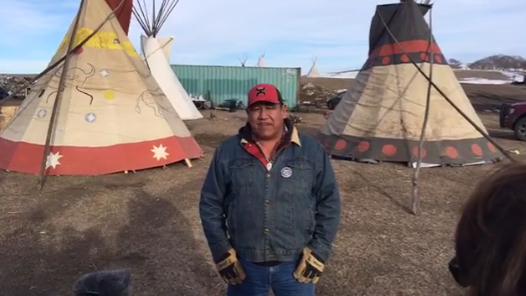 Cheyenne River Lakota Chairman Harold Frazier at the Cheyenne River Camp on the Cannon Ball River. Chairman Frazier reflects on the defense of sacred water, his meeting with President Obama, and the need now for a place for prayer.
The Cheyenne River Sioux Tribe has been involved since the first camp at Sacred Stone in April. Recently, the motion in court for a temporary restraining order for construction of the Dakota Access Pipeline was denied.
"Through all the travels, I realized that all we have is each other."
Reflecting on the election of President Trump, he says he realizes now, more than ever, that "it is really going to get tough."
"Sometimes all we have is prayer."
He says that the people realize that they need this camp, as a place to pray, to "pray for the future of our children, and our grandchildren."
A hearing is coming up on Feb. 27 for a preliminary injunction to halt the pipeline. He asks for a gathering of prayer, prayers for the judge to make a good decision and stops the pipeline.
"I'm asking for all Pipe Carriers, and Sun Dancers, to come to this camp and pray."
Frazier said if the people pray in unity, whether the prayers are here, or all over the world, miracles can happen.
"Miracles can happen with prayer."
"It has been a pretty hard struggle. The odds are really stacked against us."
The first draft of the environmental assessment showed there were many environmental concerns. The Army Corps of Engineers was asked to slow down, "because of our water rights, our Treaty rights."
When the Army Corps approved the environmental assessment, claiming that the pipeline would not have any environmental impact, the Army Corps did not respond to the concerns of the Interior Department, he said.
Frazier said this shows that "the federal government does not care about Treaty rights."
"We know what is at stake, that this water is life, we have to do what we can to protect it. We need to be here, on the ground, to show them, that we are not going to stand for it."
Frazier said the water protectors have been hurt, scarred for life, and many have felonies.
"We need to thank them. We need to thank them for standing up for us."
Frazier said the water protectors should be honored.
Referring to Oceti Sakowin Camp nearby, Chairman Frazier said, "The camp right over that hill was a symbol of defiance."
"I'm proud of that."
Now, as the snow melts, and water protectors chip away ice and frozen snow, and sort out donated items at Oceti Sakowin to be taken to other locations with needs, Chairman Frazier said he has asked for a two week delay of the Feb. 22 eviction deadline for Oceti Sakowin Camp, so the cleaning can be completed.

Listen to Chairman's Frazier complete statement on the video above.

Knowing the people and hearing the songs
Thousands of peoples are learning who came together at Standing Rock to share.
Respect
Truth
Bravery
Humility
Wisdom
Love
Generosity
Every day to look for,
What's the good story today? 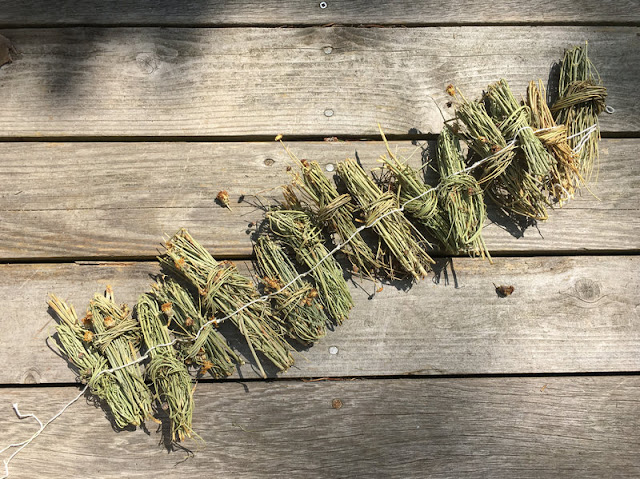