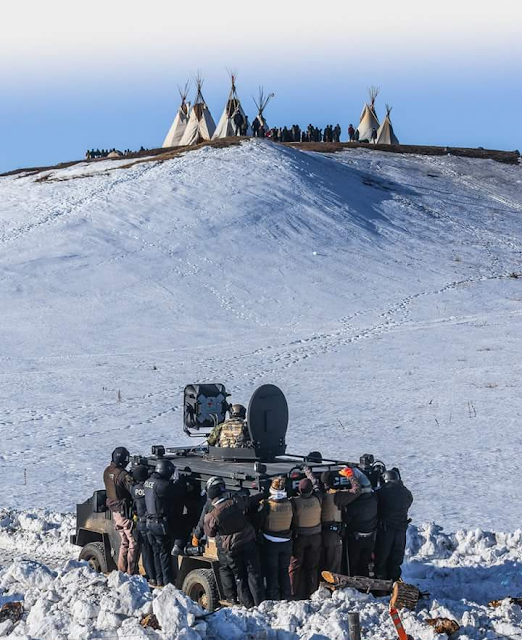 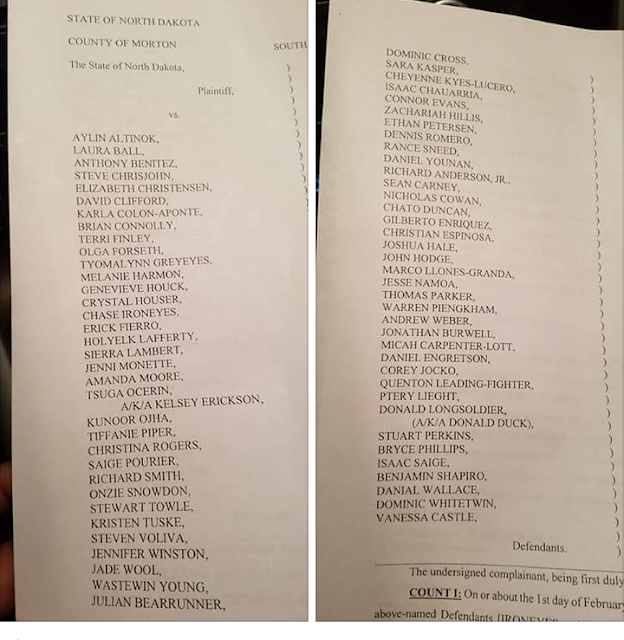 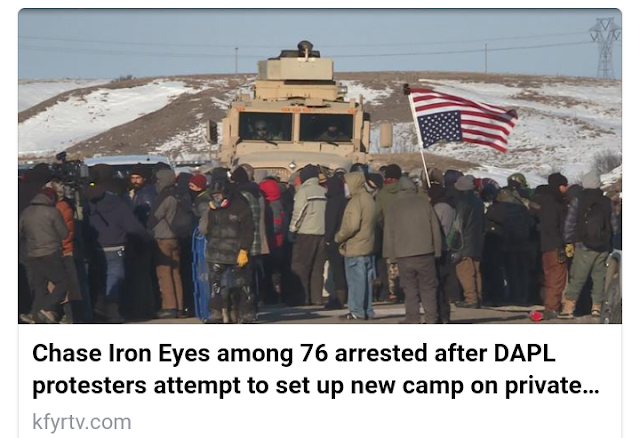 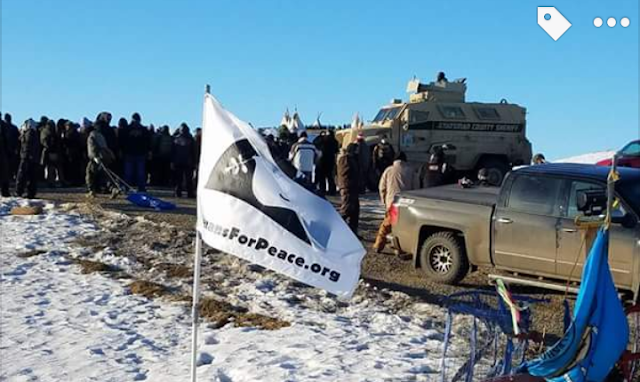 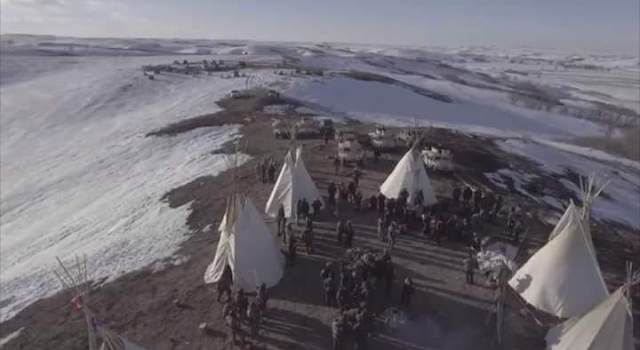 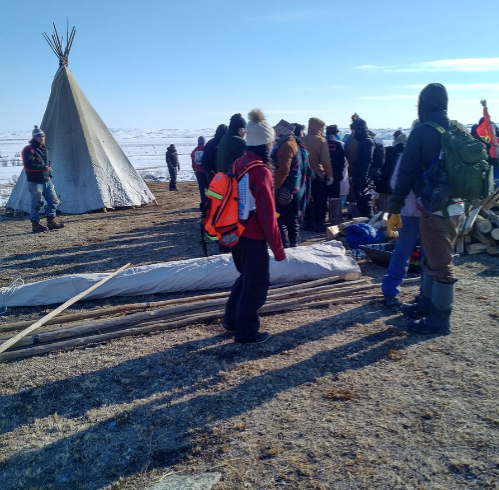 Click arrow below to watch video, posted by Chase Iron Eyes before his arrest:

Click arrow below to watch drone coverage from camp on Wednesday:


North Dakota Congressmen misled the public on Tuesday by publishing statements which misled many to believe that the Army Corps of Engineers had approved the final permit for Dakota Access Pipeline to drill beneath Lake Oahe at Standing Rock.

However, the easement approval has not been finalized. Now, a new resistance camp is going up at Standing Rock, as water protectors return. New pipeline resistance camps are going up across the nation.APTN host/producer Dennis Ward reported today, "A big increase in law enforcement down the hill today. Plane started flying over head as the new #NoDAPL camp went up.""A new #NoDAPL camp is going up. 'Last chance' Camp is across from Oceti."At the camp, Johnny Dangers reports that the barricade on the bridge is being taken down. Six hummers, bulldozer, LRAD and masses of police are lined up behind the barricade, with an eye on the newly-established camp, located on the hill west of the big camp, Oceti Sakowin, Dangers reports.
Read article on Congressmen misleading statements on Tuesday
http://bsnorrell.blogspot.com/2017/01/congressman-says-dapl-permit-is-imminent.html
Below Watch Johnny Dangers Video, Feb. 1, 2017 Noon:Follow Johnny Dangers and Johnny K. Dangers