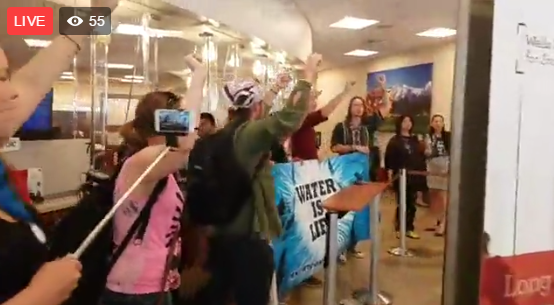 Los Angeles Rally inside Wells Fargo Bank -- A Call to Divest in Wells Fargo, Chase, Citibank. "In solidarity with the people of Standing Rock."
"Los Angeles is the City of Diablo, the city of the Devils that are stealing our water."
"These banks are funding the bombs and cultural genocide."
"The government tried to kill us off, but we are still here, we come from strong people."


Livestream above by March and Rally Los Angeles.

Livestream above: Madeline Merritt reporting live from Hollywood, CA where a group of water protectors and members from SoCal AIM are marching on Well's Fargo to encourage #bankexit and #divestment from DAPL and Energy transfer partners. #ActivateNow 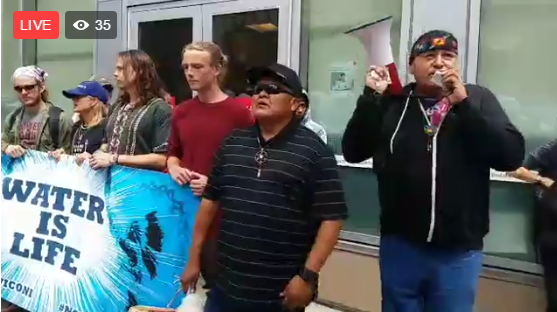 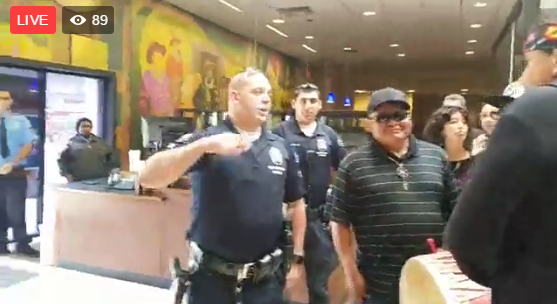