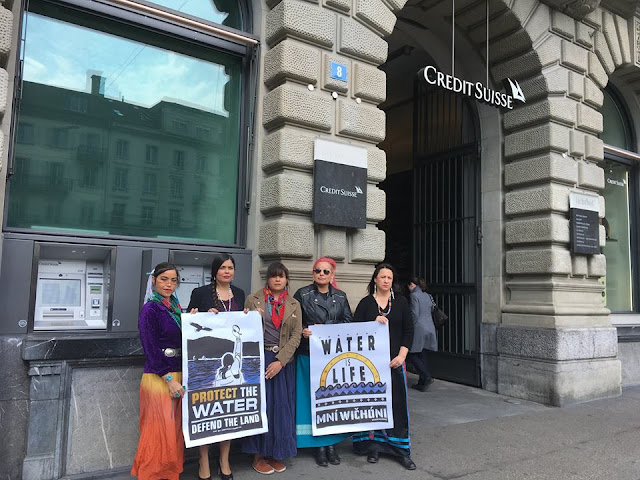 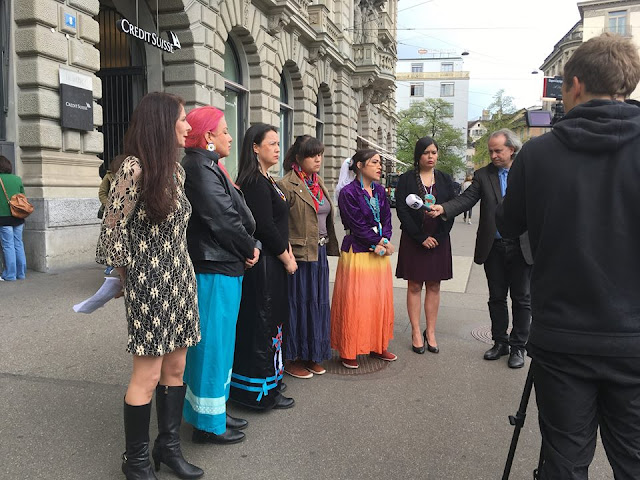 Press conference outside of Credit Suisse bank before the meeting with the bank. Photo WECAN International.

"The Indigenous Women's Divestment Delegation: Experiences from Standing Rock continued from Norway to Switzerland for more high level bank meetings. These incredible Indigenous Women leaders are speaking truth to power and calling for justice and healing. Their strength and brilliance is a beacon of light and everyone who has heard them speak will not be the same again," said Lake of WECAN International.