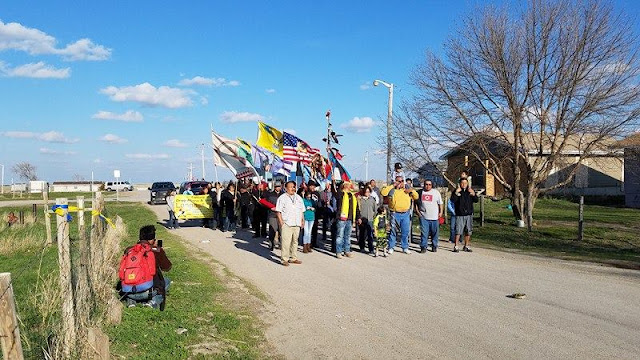 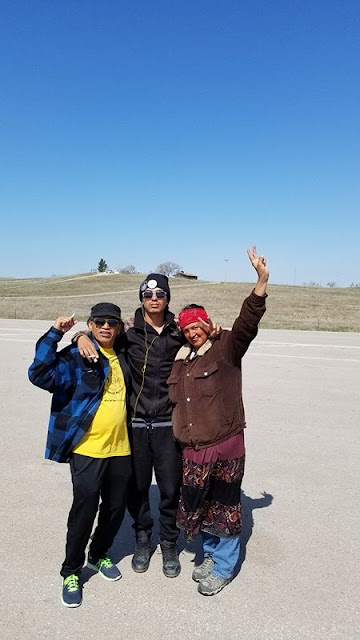 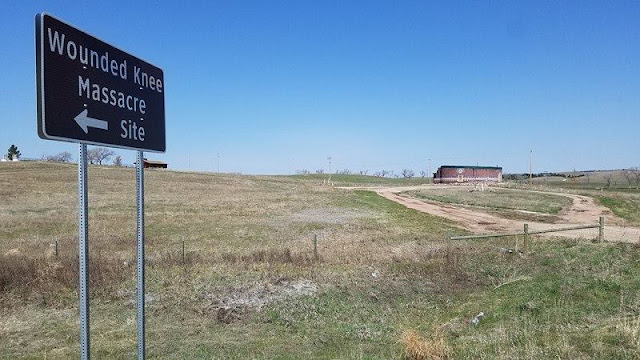 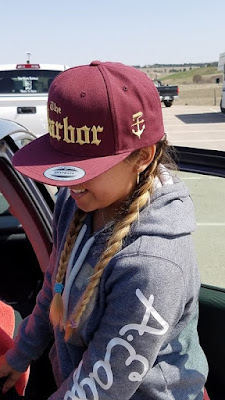 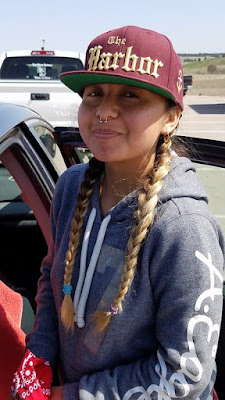 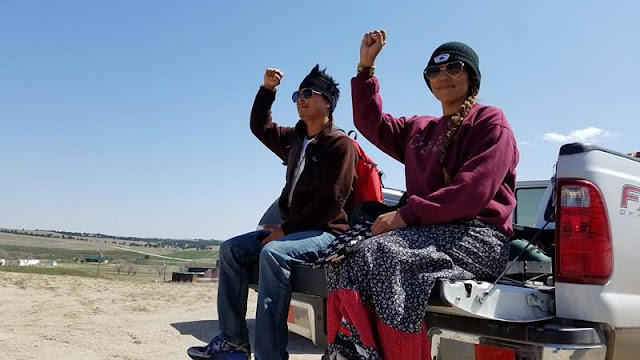 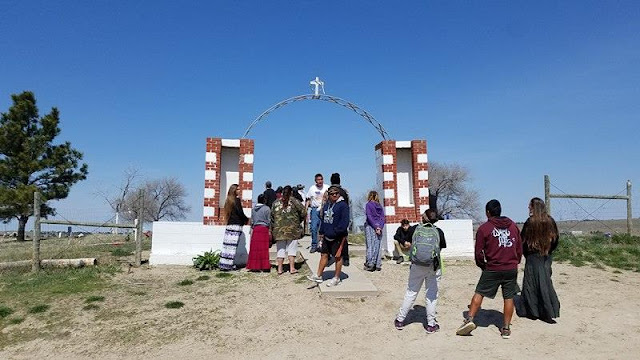 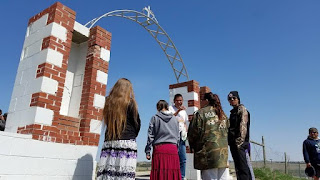 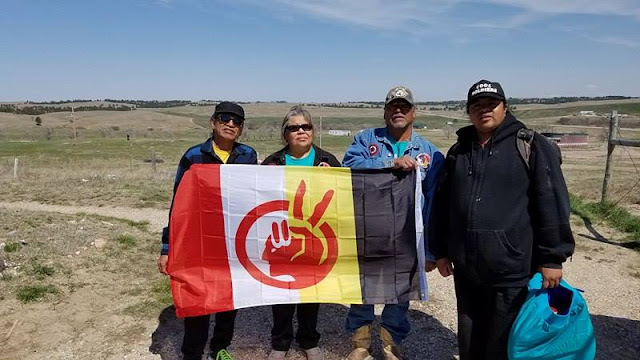 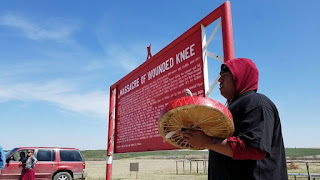 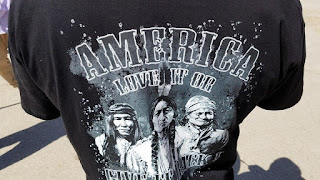 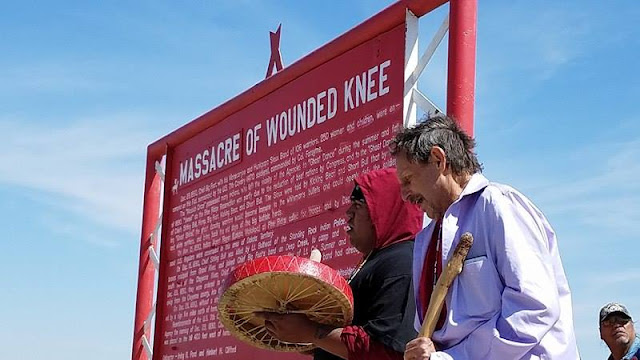 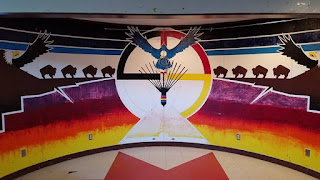 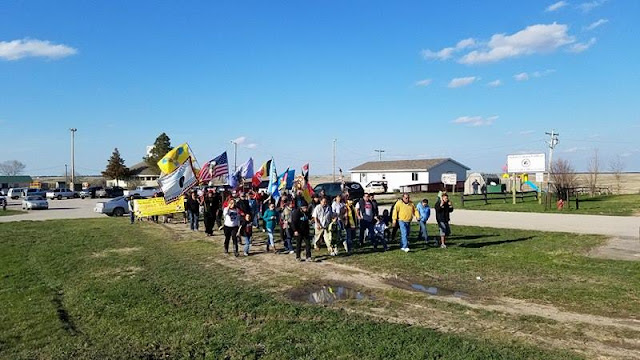 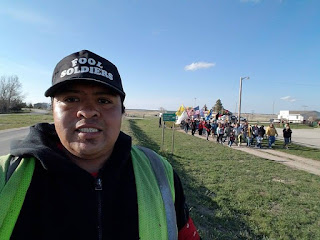 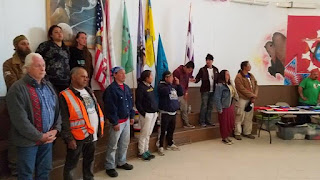 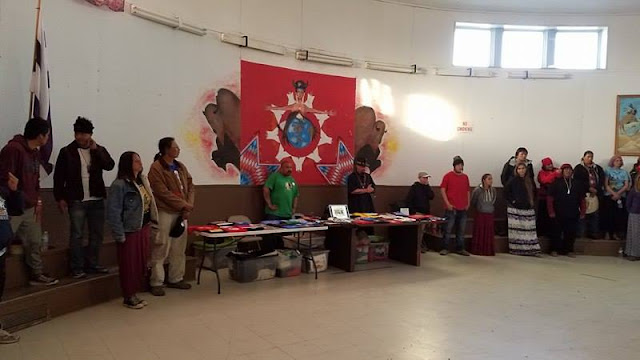 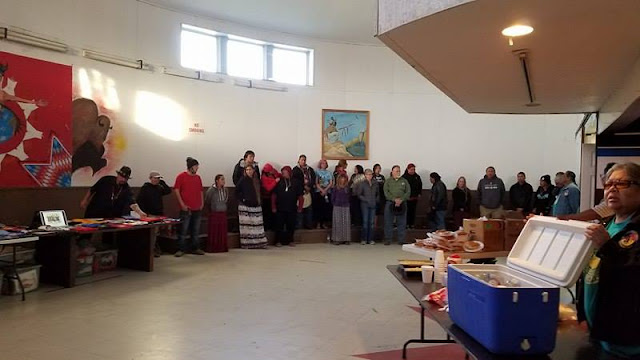 Bad Bear said, "A prayer and a ceremony at the Knee today to remember the massacre. Then we went to Allen, South Dakota. A walk through the community and candlelight vigil for Jeff Lynn Curry Jr. shot 117 times by tribal officers. Eleven of them are on leave."
"We are staying at the Community Center in Porcupine."