On Navajoland, Battling the Beast and Going Green

On Navajoland, dirty coal is on its way out, but the beasts of greed and politicians still target the beauty and resources

Listen today to Dine' (Navajos) on KTNN, as Save the Confluence battles the Beast of Politicians and Greedy Corporations. The Escalade Project seeks to destroy the pristine beauty of western Navajoland with a tram and development. On KTNN from 6 to 8 pm on Wednesday, April 12, the Save the Save Confluence forum features the voices of Franklin Martin, local area permittee and Sacred Edge Tours business owner; his mother and elder Mary Martin; another permittee, Rose A. Tsosie; Delores Wilson, who was raised in the impacted areas; and Rita Bilagody, noted for having a hand in lifting former Bennett-Freeze as Forgotten People. Other Save the Confluence personnel will be on hand to help moderate the forum and discussion. http://savetheconfluence.com/
Listen to KTNN live online at: http://streamdb6web.securenetsystems.net/v5/KTNN

On Black Mesa, Nicole Horseherder writes of the future and the closure of the dirty coal power plant Navajo Generating Station, which opens the way for clean energy.
In the end, it is economics -- not the genocide of Peabody Coal, Arizona politicians, and relocation -- that is shutting down this monster. In the end, it is, as it always was, about the money for the dirty coal politicians, corporations
In her column in Navajo Times, Nicole Horseherder writes, "After decades of profiting from the exploitation of Navajo resources, it’s time to look out for the health, welfare and economic well being of all Arizonans – including the Navajo and Hopi."
Read column in Navajo Times:
http://navajotimes.com/opinion/essay/now-time-bold-vision/ 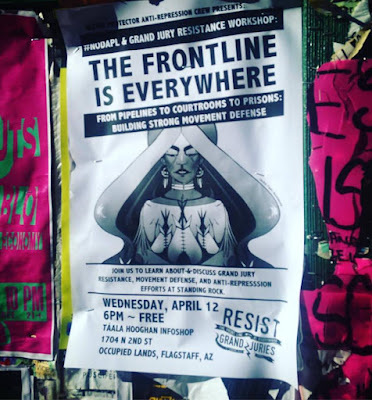