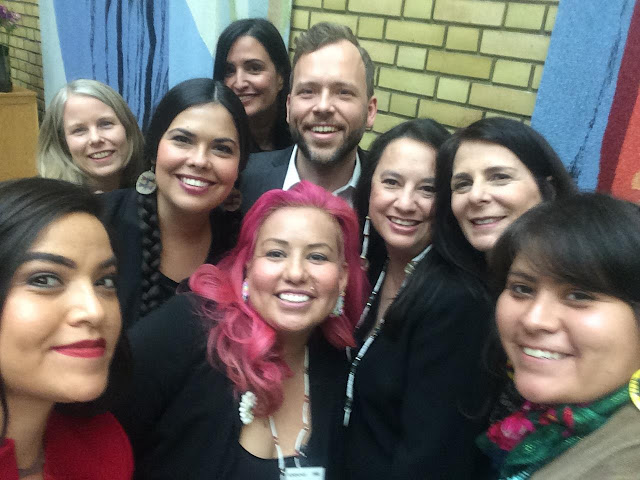 Video above: Indigenous women's divestment delegation to Norway and experiences of Standing Rock.

Update:
Because of the success in Norway, the women's delegation was invited to Switzerland. They arrived in Switzerland on Sunday.

Read more about the Indigenous Women's Divestment Delegation to Norway, from the frontlines of Standing Rock, in Norway through April 2, 2017.

Read more about the Native American women on the delegation:
http://bsnorrell.blogspot.com/2017/03/norway-women-of-standing-rock-to-speak.html