Below live coverage from Wednesday.

In video above, police tackled E-Eric Poemz.  He is saying his hip is broken! 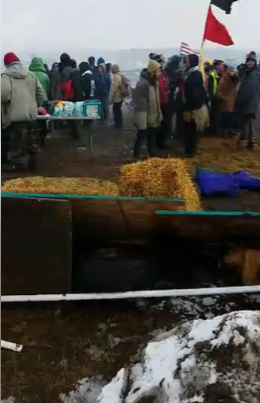 It is now 3 pm, police have not yet raided camp. Ceremonial fires burned through structures. Police have told those remaining in camp, several hundred people, to leave or be arrested. Federal agents and police have pushed back deadline until 4 pm. 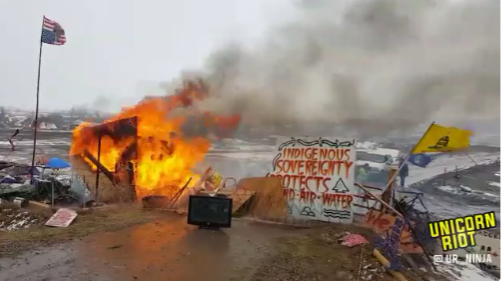 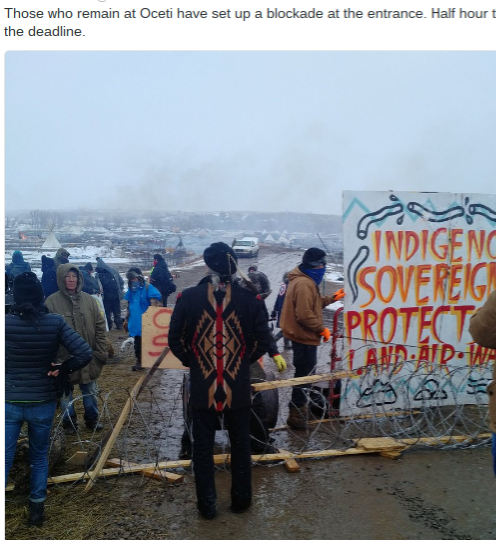 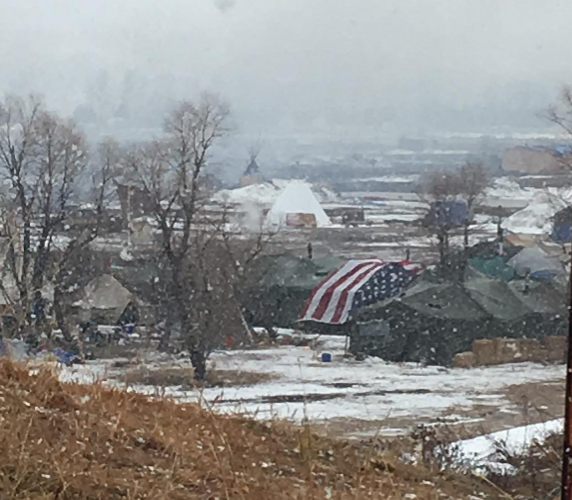 Above: Water protector at 2 pm "They've pushed us back behind the northern entrance."
.

Live feed on Facebook
https://www.facebook.com/ABCNewsPolitics/?hc_ref=NEWSFEED
ABC on the web:
http://abcnews.go.com/US/deadline-looms-dakota-access-pipeline-opponents-evacuate-protest/story?id=45654213
Below: Water Protectors Live Videos
As the rain turned to snow this morning, and eviction is expected, some structures were burned with ceremonies, before the militarized police and DAPL come in. Watch video below at 9 a.m., Feb. 22, 2017