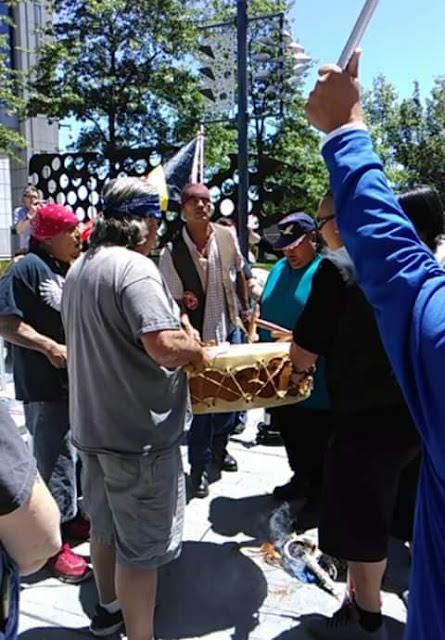 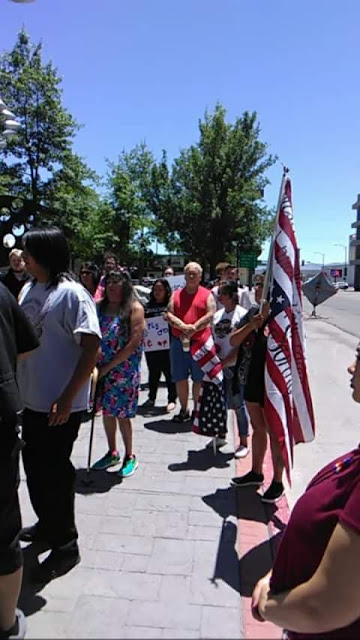 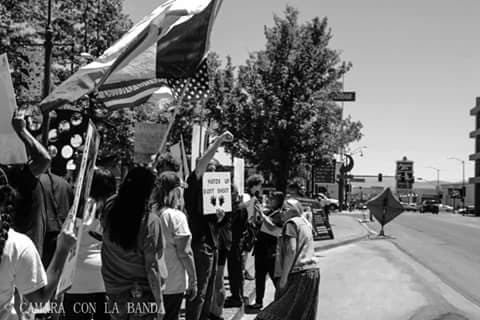 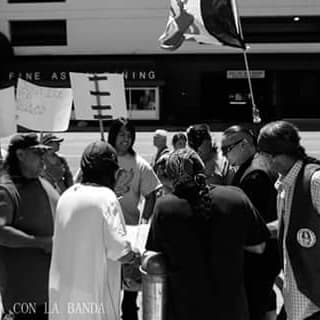 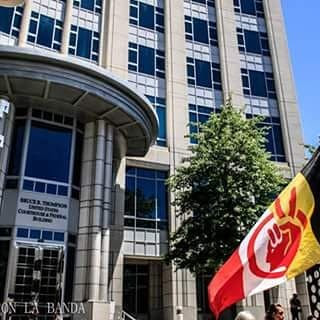 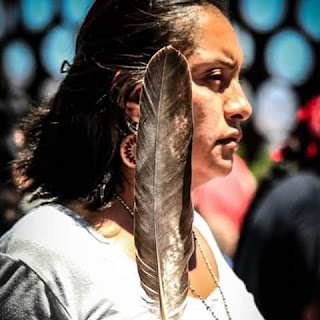 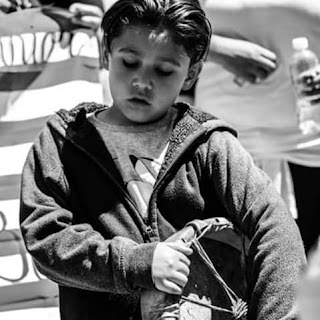 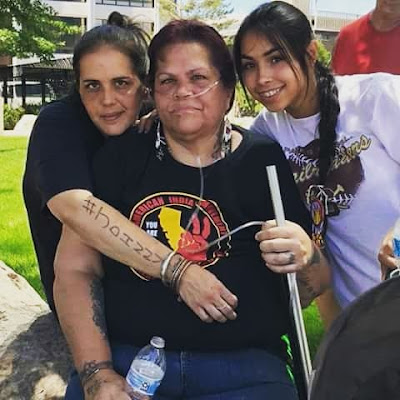 RENO -- On June 12, 2018 in Reno, Nevada, a Prayer circle was formed by the American Indian Movement Northern Nevada Chapter. The focus was to honor the family of Johnny Bonta.Johnny was a member of the Reno Sparks Indian Colony.  He was murdered by Sparks Police department in front of his apartment on October 22, 2017. This took place in front of his wife, Lisa Bonta and their 16 year-old-daughter. Johnny was a 43 year-old PAIUTE Warrior. He was a father of five, a son, brother, grandfather, and more. He was a Sundancer, and member of AIM Southern California. The first of many lawsuits was to be heard by Federal Judge Robert Jones on June 22, 2018.
Many people gathered that day to pray for the mind of Judge Jones. Some of those included, Buck Sampson, Ray Valdez, and Rocky Boice Sr. Buck Sampson has been the Spiritual Advisor for the Bonta family for many years. He has been involved with the family since the incident, and continues to support them in a good way. Reno Cop Watch joined in that day, bringing out others who had family members killed by a will enforcement. Many of these families are still seeking justice. Among the crowd was Sheri Potts, mother of Sonny Lewis who was murdered in the parking lot of the Walmart 5 years ago. The Walmart is on tribal land and the FBI has closed the case. Sheri continues to fight for her Son's Justice. Judge Robert Jones chose to vacate the hearing after Tuesday. He has decided to make a decision on his own as to weather he will hear the case or not. We continue to pray for the mind of the Judge that he will make the right decision. There was media present, including the Reno Gazette Journal, and Channel 4 news. Both failed the families and didn't air or print the stories. The media is part of the problem. They do not feel that our families deaths and suffering is important. They are showing their corruption by not speaking for us. We intend on exposing all of the corruption in Washoe County, and will include the media. Our a families lives do matter!Judge Robert Jones has vacated Mondays hearing and will now decide on his own to hear the case or not. We will appeal if he chooses not to. Our prayer circle did not end with a closing prayer as it was left open for further action.
Drummers include Buck Sampson, Ray Valdez and Rocky Boice Sr.