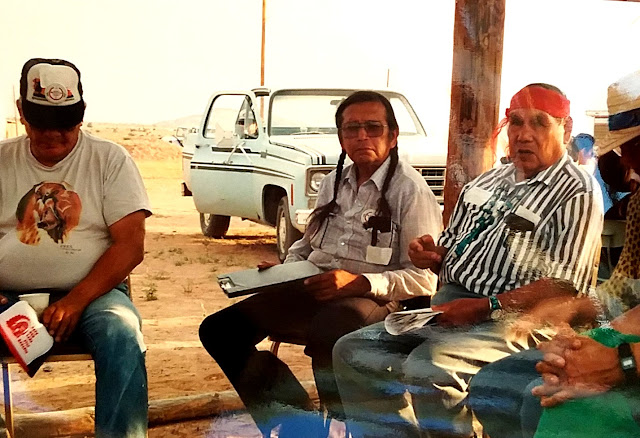 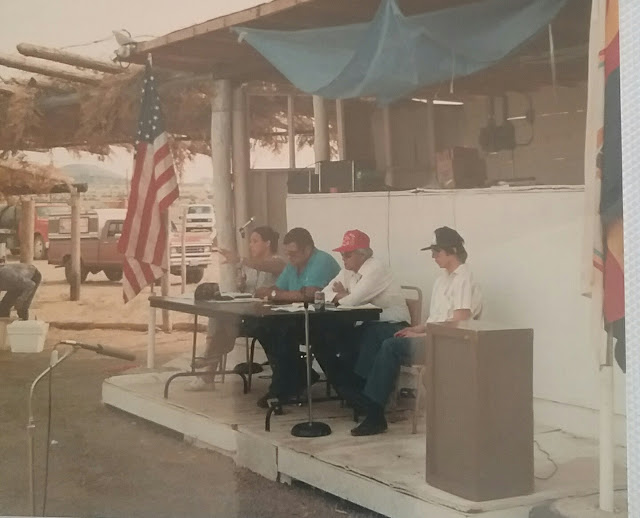 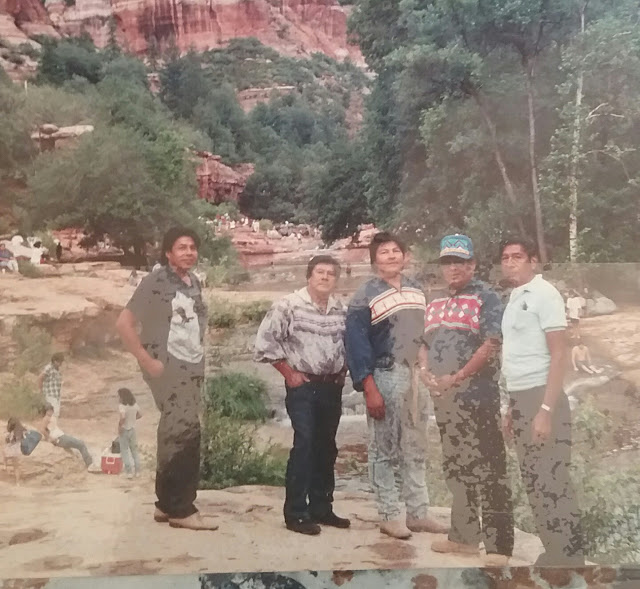 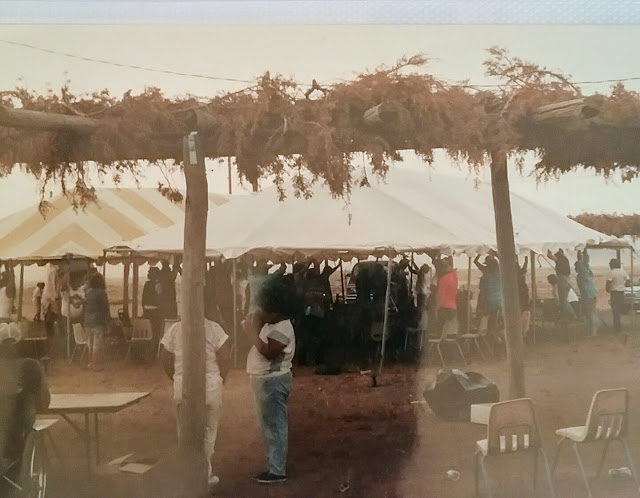 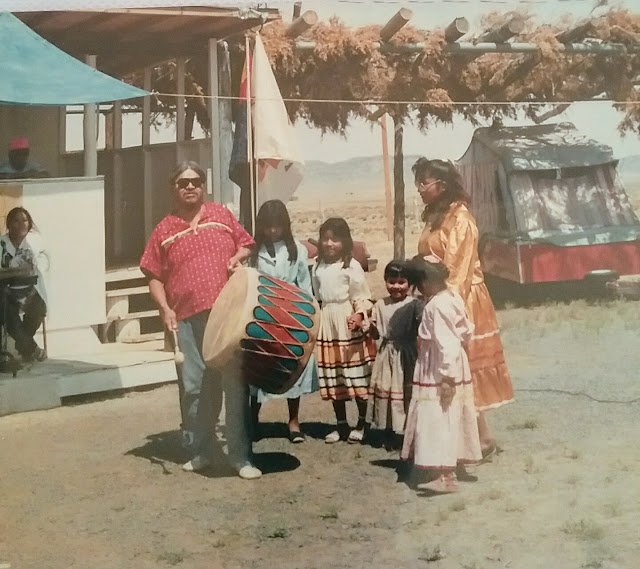 DILKON, Navajo Nation -- The photos are tinged with age and the memories are fading. But there is the list -- the list of 127 names, and the words of the legends of this movement that transcend the years of struggle -- the 28 years since the environmental justice struggle began as a modern day movement.
Chief Johnny Jackson, Cascade Klickitait, came from the Columbia River, Hopi Thomas Banyacya was present, and a delegation of Seminoles from Florida joined those fighting the toxic dumps, mining, logging, nuclear testing, uranium spills, and secret attacks on Native lands and people.
Today -- celebrating this movement at the Dine' Citizens Against Ruining our Environment's, Dine' CARE's, Peoples Convention -- we read the words of Thomas Banyacya, who delivered a message from the Hopi elders at the original gathering on June 29, 1990.
"Maybe we can take some of these uranium spillings to Washington and spread it around the White House and tell them, 'Don't worry, it is not going to hurt you,'" Banyacya said.
Now, 28 years later, Earl Tulley, Dine' CARE vice president, reflects on how the   original gathering here in Dilkon gave birth to the modern day environmental justice movement in Indian country, and how the Indigenous Environmental Network, and Honor the Earth, grew out of this original gathering.
Present here today is Adella Begaye and Robyn Jackson, the wife and daughter of Leroy Jackson. Leroy was found dead in 1993 as he fought, and halted the logging of the old growth forest in the Chuska Mountains on the Navajo Nation.
Adella today is Dine' CARE's president. Robyn was a toddler when her father was found dead. She is today Dine' CARE's energy outreach coordinator.


DINE CARE Members of the All-Navajo Board of Directors

Scroll down Censored News for live coverage and photos
https://bsnorrell.blogspot.com/

Unknown said…
seems like yesterday and so long ago. Happy we have so many that are still carrying the work. Sad that so many from those pics are gone.
June 10, 2018 at 4:43 PM