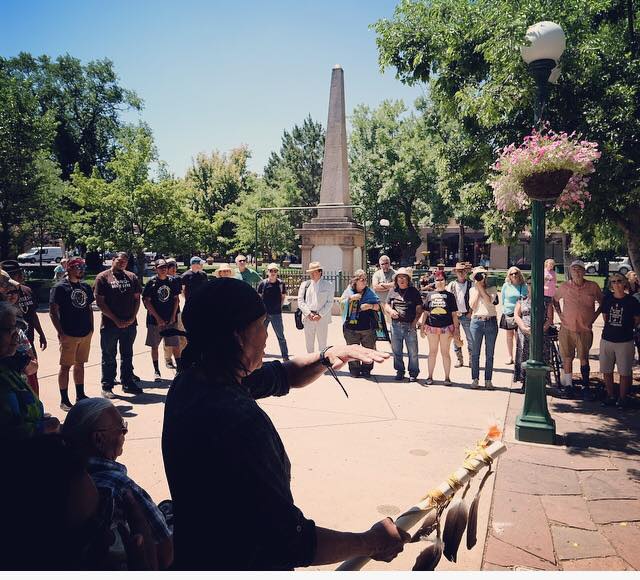 Apache Spiritual Stronghold stops at the plaza in Sante Fe to talk and pray. This monument to “the heroes who have fallen in the various battles with (Savages - which has been scratched off) Indians ...” stands in the middle.
As a part of the Poor Peoples Campaign this sacred journey is for healing to confront the deception of the birth of America - its first chapter that is far too often ignored. 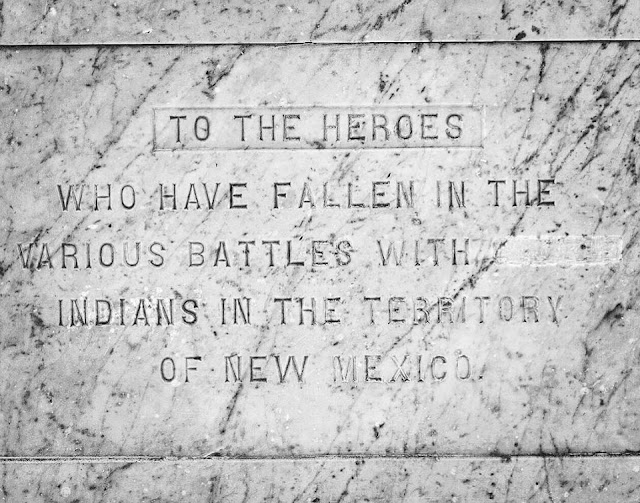