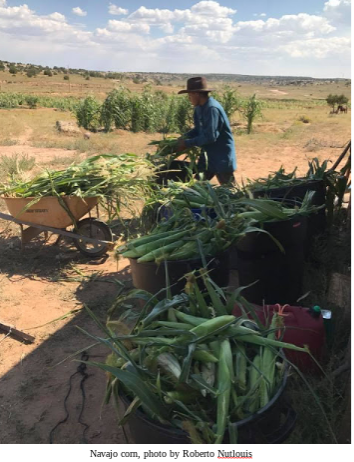 DILKON, Navajo Nation -- Dine' Roberto Nutlouis has been on a journey of discovering how Peabody Coal abused the aquifer, and how to share this with the local communities. Along the way, the Dine' teachings have guided him as a farmer, and in the struggle for a just transition to solar from fossil fuels.
Speaking at Dine' CARE's Western Peoples Convention, Roberto said, "We are Sacred Beings, we come from an intention of Power."

Article copyright Brenda Norrell. May not be republished without permission, or used in any revenue producing projects.
Posted by Censored News, publisher Brenda Norrell at June 09, 2018