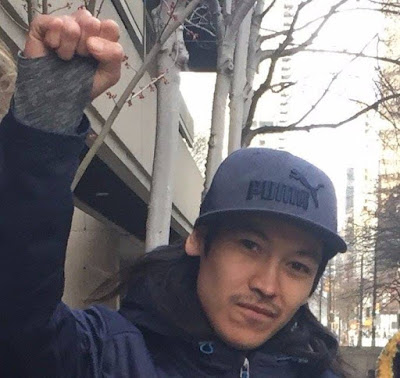 Free Suntree – Secwepemc Land DefenderContact: Kanahus ManuelBurnaby, BC, March 29th, 2018On Thursday March 29th at 3pm Secwepemc land defender Suntree Johnson Larue was ambushed by undercover cops while he walked up to Camp Cloud near the gates of the Kinder Morgan tank farm in Burnaby BC. The RCMP targeted Suntree with a co-ordinated and forceful attack, in stark contrast to the way RCMP handled the public arrests of settlers last week.Suntree is one of hundreds of Indigenous people across Turtle Island who have been criminalized for standing up for the land, for sovereign rights, and against the Kinder Morgan pipeline.“This province is in a very unique situation because Indigenous people here have never surrendered our lands,” said Kanahus Manuel, a member of the Secwepemc Nation and a leader of the Tiny House Warriors movement. “When we stand up for our laws and our basic rights, rights that are protected even within the constitution, we are still criminalized. We’re arrested for defending our basic need like water and our way of life.”The RCMP continue to remove Indigenous peoples from their land in service of corporations and in the name of the national interest, and Kinder Morgan has used the colonial courts to enforce an injunction that infringes on the rights and responsibilities of Indigenous peoples. All along the Kinder Morgan pipeline route Indigenous nations do not consent to this pipeline.Their right to free prior and informed consent, affirmed in the United Nations Declaration of the Rights of Indigenous Peoples, has been blatantly disregarded. Despite this prime minister’s promise to uphold UNDRIP, destructive projects are being pushed through in this era of so called truth and reconciliation.“Over half the length of the Trans Mountain pipeline crosses Secwepemc territory, and Suntree has travelled to stand with the Coast Salish people to defend their collective rights,” Manuel said. “We demand Suntree’s release, so he can be with his family and his home on the land. He does not belong locked up in a Canadian jail cell.”
at March 30, 2018 No comments:

World renown sociologists, anthropologists, authors, journalists, and resistance musicians among those confirmed for Roundtable in April 15 -- 25, 2018, in San Cristobal. -- Censored News
The Sixth Commission of the Zapatista Army for National Liberation convokes a ROUNDTABLE DISCUSSION (or seedbed, depending on who you ask): “To Watch, to Listen, to Speak: No Thinking Allowed?”Italian, Portuguese translations, original in Spanish.
ZAPATISTA ARMY FOR NATIONAL LIBERATIONSixth commission of the EZLN.Mexico.
March, 2018.To the persons, groups, collectives and organizations throughout the world who understood and took on as their own the initiative of the Indigenous Governing Council and its spokeswoman:To the national and international Sixth:To everyone who contributed their signature in support of the Indigenous Governing Council’s spokeswoman:CONSIDERING:First and only:The Happy Family.A town, or a city, or whatever it’s called. A place in the world. A wall. Hung on the rough surface of the huge wall is a flyer, a poster, or whatever you call it. In the image, a man and woman smile in front of a table brimming with a wide variety of food. To the couple’s right, a smiling girl; to their left, a boy grinning to display gleaming teeth. Above them in large and intimidating letters reads “THE HAPPY FAMILY”. The poster is old by now, time’s march forward having muted the colors that, we assume, were once bright and, yes, happy. Anonymous hands have added small paper signs to the wall: “The happy family is happy only with God’s blessing”; “No to gay parenting! Death to faggots and dykes!”; “Motherhood is what defines a happy woman”; “We unclog pipes: no-obligation estimates”; “Happy home available for rent to a happy family. Unhappy families need not apply”. 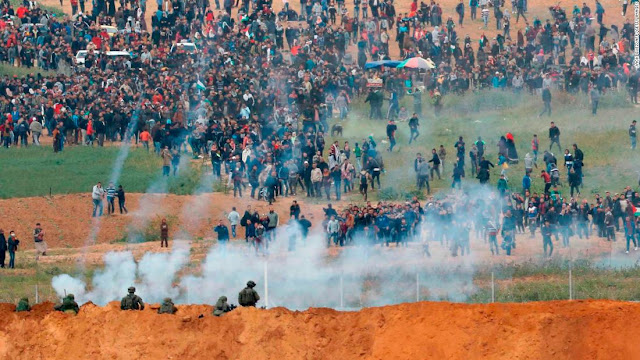 At least 17 Palestinians were killed and more than 1,400 injured by Israeli security forces during protests in Gaza on Friday, according to Riyad Mansour, the Palestinian representative to the United Nations.
https://www.cnn.com/2018/03/30/middleeast/gaza-protests-intl/index.html 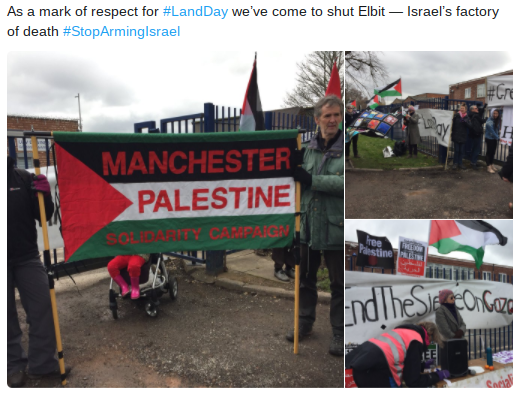 Elbit's Factory of Death was shut down in England by resistance on March 29. Elbit Systems is the Israeli defense contractor now building spy towers on the Arizona border. The Tohono O'odham Legislative Council has agreed to this on the Tohono O"odham Nation -- but GuVo District is fighting these towers. Elbit plans to drill into burial places.
Read more from Ofelia Rivas, O'odham, on the border.
https://bsnorrell.blogspot.com/2017/05/a-nation-of-bullies-us-israeli-spy.html