Humanitarian Aid is Not a Crime: Doctors and nurses support Scott Warren, as the UN and Amnesty International voice global support 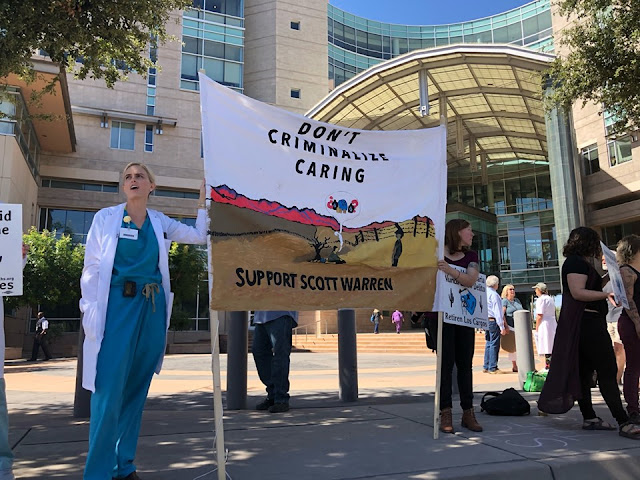 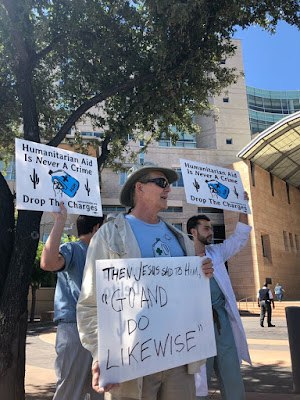 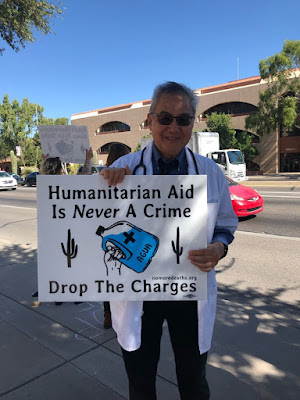 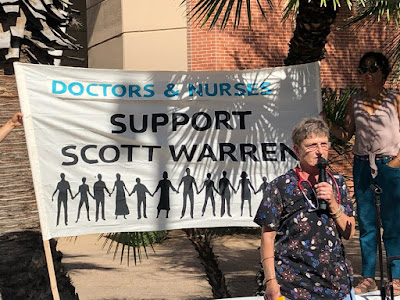 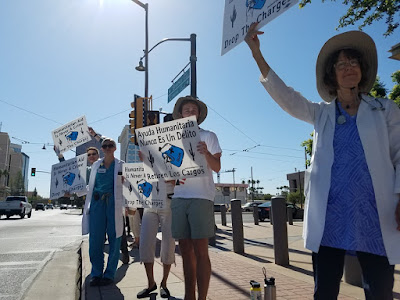 Humanitarian Aid is Not a Crime: Doctors and Nurses Support Scott Warren, as the UN and Amnesty International Echo Support and Urge Charges be Dropped

Julian Assange: Truth ultimately is all we have 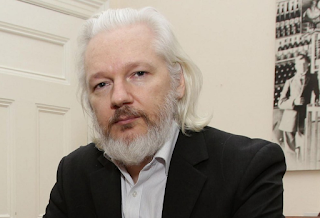 I have been isolated from all ability to prepare to defend myself, no laptop, no internet, no computer, no library so far, but even if I do get access it will be just for half an hour with everyone else once a week. Just two visits a month and it takes weeks to get someone on the call list and the Catch-22 in getting their details to be security screened. Then all calls except lawyer are recorded and are a maximum 10 minutes and in a limited 30 minutes each day in which all prisoners compete for the phone. And credit? Just a few pounds a week and no one can call in. 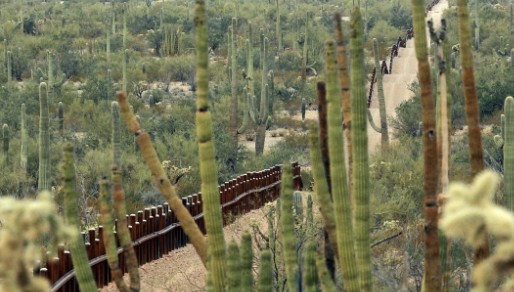 In Texas, people will loose their homes and farms, and the US will seize access to the water of the Rio Grande. The US will create a no-mans land, a corridor, which the US politicians can use for their corporate friends.
These small, expensive stretches of border wall will not stop immigration. It will push migrants to more deadly zones.
"The government has already demolished refuge land in the Rio Grande Valley of Texas and construction is set to begin any day. On one section of the Lower Rio Grande Valley National Wildlife Refuge, crews have used heavy construction equipment to destroy a mix of trees, including mesquite, mulberry and hackberry. Those trees protect birds during the ongoing nesting season," AP reports.
Like the death camps where Trump is caging and torturing  children to death, and the theft of migrant children for adoption and trafficking, the border wall is an act of genocide and ecocide, and the outcry should be heard around the world.
At least six children have died in Trump's death camps and cages for migrant children, and many more have been raped and sexually abused.

Read more: Border Wall Construction along Rio Grande in Texas, and Organ Pipe National Monument, at the boundary of the Tohono O'odham Nation, and Cabeza Prieta Refuge in Arizona, where the Pronghorn Antelope live:
https://www.abc15.com/news/region-central-southern-az/nogales/border-construction-planned-for-organ-pipe-monument-cabeza-prieta-refuge