Canoes on Highways of Ancestors Arrive at Lummi Nation

Many dozens of canoes from around the Pacific Northwest Coast and Salish Sea arrived Wednesday at the Lummi Nation, near Bellingham Washington, in the Tribal Canoe Journey, an annual event celebrating the cultural revitalization (especially for youth) of "traveling the highways of the ancestors." Some of the canoes traveled 400 miles over three weeks.

The skippers and other crew asked permission to come ashore and then hoisted the canoes to walk ashore. (Also see my album of videos.) There will now be five days of Protocol (open to the public), as each tribal canoe family presents songs and dances from their homeland. I'll post photos of Protocol soon. #PaddleToLummi2019 -- Zoltan Grossman 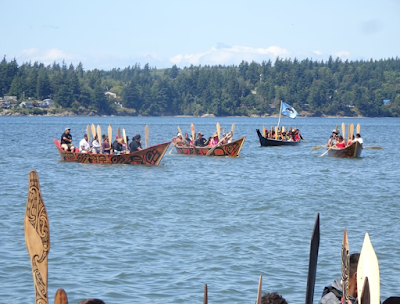 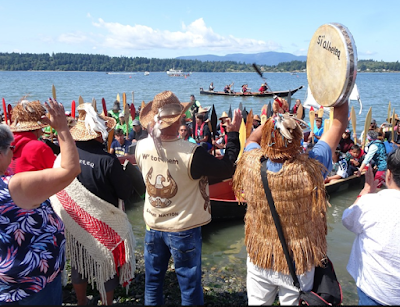 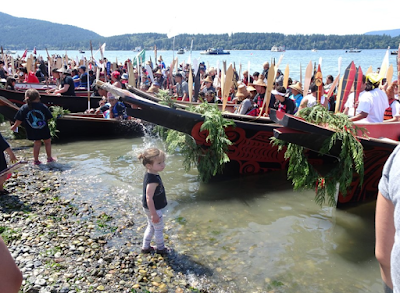 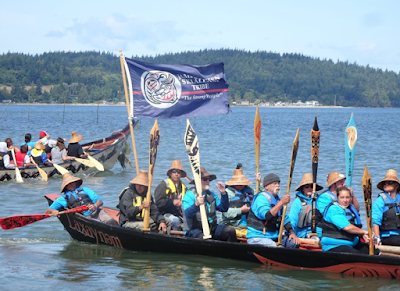 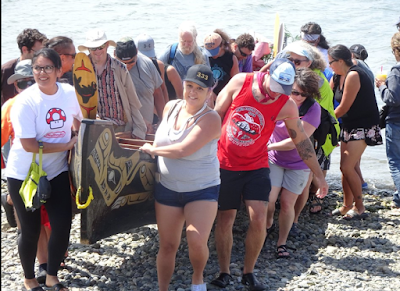 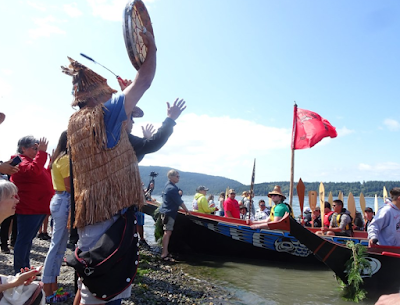 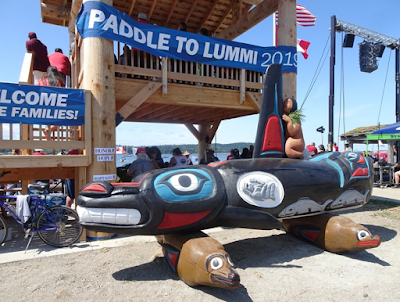 .
(Map above) The Lummi Nation is about in the middle of the Salish Sea. Canoes came from the south (Puget Sound and Washington Pacific Coast), and the north (Straits of Georgia and Juan de Fuca, and the Pacific Coast of Vancouver Island). The U.S.-Canada border is irrelevant, and doesn't even appear of this official Paddle to Lummi map. -- Zoltan Grossman

Photos copyright Zoltan Grossman
Thank you for those on the Canoe Journey and thanks to Zoltan for sharing with Censored News
at July 26, 2019 No comments:

Please post and redistribute.
MNN. July 26, 2019. Some “objectors/victims” of Canada’s crimes against native children in Indian Day Schools will not accept “blood money” from the proposed court ordered settlement from the guilty genociders/Canada. Gowling WLG, are the lawyers for both Canada and the native students!!! Gowling wants to pocket $55 million from  Canada, The native victims are getting $10,000 each, maybe.
Read at Mohawk Nation News
http://mohawknationnews.com/blog/2019/07/26/indian-blood-money-for-canadas-day-school-crimes/
at July 26, 2019 No comments: