Louise Benally: The balance of life has been disturbed, what is in the Earth was to be left alone 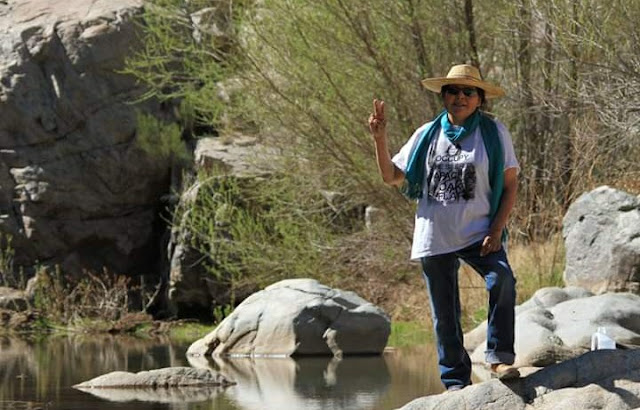 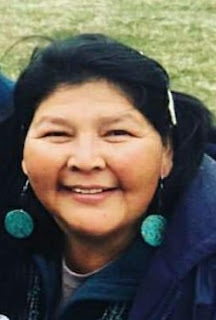 By Louise Benally of Big Mountain

Our elders used to say: Whatever is in the ground, that is a part of the Earth and needs to be left alone, like the natural resources, because it holds the balance of all life.

If it is disturbed it will create a big disruption, which is what we are facing now. There is no remedy to fix it, it is man-made -- the unbalancing of the Earth for its resources and non-stop pollution.

Be very careful with everything you do, wash hands more often with soap and water. Drink hot beverages often, keep away from crowds, don't be close to anyone and stay six feet away or more. Work on projects away from people. Take vitamins C and D. Lemon, garlic and mint teas or good with honey. Prayers with nature as much as possible, and less time on TV or other media that will get you stressed out. Wear masks if you have to go into a crowded area and don't touch just anything.

The virus has no boundaries, and only you can make a difference for your self.

About the author
Louise Benally and her family have been fighting forced relocation for 40 years. Peabody Coal orchestrated the seizure of Dine' land on Black Mesa to seize the coal to mine for the Navajo Generating Station, near Page on the Navajo Nation. It provided cheap coal-fired electricity to the Southwest, depleted the water, poisoned the land, water and air,  while the people suffered, many without running water or electricity. Over the past 40 years, this power plant was designated one of the dirtiest in the world, a leading cause of global air pollution. Surrounding this devastation from coal mines and a total of three coal-fired power plants on the Navajo Nation are the unreclaimed radioactive uranium tailings, left strewn behind by irresponsible uranium mining companies. These uranium mines left behind a legacy of death from respiratory diseases and cancer for Navajo uranium miners and their families. The Church Rock, N.M. uranium spill continues to contaminate the Rio Puerco as it flows toward west. The air, land and water have been poisoned by the oil and gas drilling and flaring on the Navajo Nation,  which is widespread from the eastern homelands in New Mexico to the Aneth, Utah oil and gas fields. -- Brenda Norrell, publisher, Censored News
Posted by Censored News, publisher Brenda Norrell at May 03, 2020

My love and gratitude go to Louise for being the warrior woman all these years, standing up unafraid to face the greedy corporations in defense of her people, life, and land. I sincerely agree that there is an imbalance and I pray Mother Earth gets the break she needs, enough to heal herself. Thank you again, Brenda, for the work you do to keep us informed. Good health to you, Louise, and all the defenders of the right to life and land.