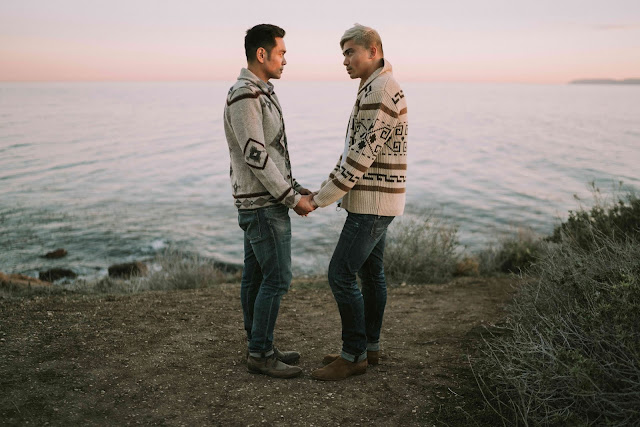 Just 20 years ago on May 17, 1990, the World Health Organization took action to declassify homosexuality as a mental disorder. Commemorating the event, the International Lesbian, Gay Association (ILGA) designated May 17 as the International Day Against Homophobia. Since then, the movement has grown and diversified leading to renaming the organization and the day of celebration.

On May 17, 2020, the International Lesbian, Gay, Bisexual, Trans and Intersex Association (ILGBTIA) commemorated the International Day against Homophobia, Transphobia and Biphobia with the theme, “Breaking the Silence.” It was a worldwide celebration of sexual and gender diversities when tens of thousands of the LGBTQI community spoke up about a single vision: freedom and equality for all sexual, gender and bodily minorities.
.

The LGBT acronym has several variations and combinations with plus signs representing any variation of letters that encompass other spectrums of sexuality and gender. For example, adding the letter Q to represent those who identify as queer or questioning and I to represent intersex. Other lesser-known acronyms include numbers, such as “2S” which stands for the Two-Spirit — an umbrella term representing Native people who identify with an alternate gender or sexual orientation.

Prior to European influence and during colonization, two-spirited people had been documented in more than 130 tribes in every region of North America. They were celebrated by their people as gifted individuals born with both male and female spirits. The idea of one person having two spirits was one of admiration and respect. In fact, they played important roles as healers, name givers, storytellers and caregivers who were often called upon to raise orphaned children. (Walking in Two Worlds: Supporting the Two-Spirit and Native LGBTQ Community, Minnesota Indian Women’s Sexual Assault Coalition. A booklet/project supported by the Office on Violence Against Women, U.S. Department of Justice.)

Homosexuality Categorized as a Mental Disorder

Over the past several hundred years, the two-spirit and the LGBTQI2S community has suffered unimaginable abuse, but none more blatantly than when behavioral scientists listed homosexuality as a mental disorder. In 1952 homosexuality debuted in the Diagnostic and Statistical Manual of Mental Disorders (DSM) courtesy of the American Psychiatric Association (APA). Despite subsequent research consistently failing to produce scientific evidence that homosexuality was anything other than natural; 20 years had passed before the new research was fully accepted.

Intimate Partner Violence takes a toll on the LGBTQI+++

Since then, the LGBTQI2S has made substantial gains in reclaiming their natural presence in the world, but the damage had been done resulting in much higher rates of hate crimes, sexual assaults as well as domestic and dating violence. According to the National Intimate Partner and Sexual Violence Survey (NISVS), the percentage of males and females who experienced rape, physical violence, and/or stalking by an intimate partner include:

Identify and Decode Tactics of Abuse

Domestic violence is a pattern of behaviors used by one partner to maintain power and control over another partner in an intimate relationship. Examining the methods of power and control can help survivors identify and decode tactics of abuse in a relationship. In the LGBTQI2S community, these behaviors can be rooted in and reinforce homophobia, transphobia and biphobia.

● Emotional abuse: putting you down, calling you names, questioning are you a real lesbian or real man.

● Denying, minimizing, blaming: saying women can’t abuse women and men can’t abuse men, making light of abuse or saying it was your fault, you deserved it or denying it happened.

● Coercion and Threats: making and/or carrying out threats to harm you, children or pets, threatening to “out” you, leave you or commit suicide.

● Children: guilting you about the children, using them to relay messages, threatening to tell authorities that you are LGBTQI2S so they can take your children.

● Isolation: taking control of what you do, who you see or talk to, using jealousy to control you and make you account for your whereabouts, saying no one will believe you especially because you are LGBTQI2S.

● Privilege: treating you like a servant, making all the big decisions, being the one to define each partner’s roles or duties, cutting off your access to resources,

● Economic abuse: preventing you from getting or keeping a job, making you ask for money, keeping your name off joint assets, using your credit cards without permission.

Understanding patterns of abuse is a starting point in maintaining healthy relationships. If any of these behaviors raise a red flag for you, you may be in an unhealthy or abusive relationship. To get help, visit our website at https://www.strongheartshelpline.org/. Callers can connect with StrongHearts Native Helpline at 1-844-7NATIVE (1-844-762-8483) daily 7 a.m. to 10 p.m. CT. Chat Advocacy is now available daily from 7 a.m. to 10 p.m. CT. Click on the “Chat Now” icon on the website. As a collaboration with the National Domestic Violence Hotline (The Hotline) and the National Indigenous Women’s Resource Center, callers reaching out after hours can connect with The Hotline by choosing option one.