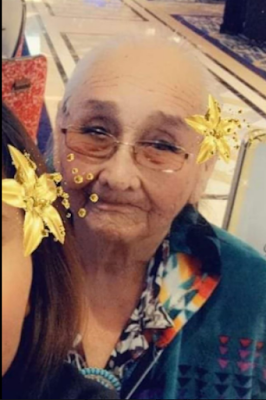 An 80-year old grandmother fighting for her life with coronavirus was first denied needed oxygen at Gallup Indian Medical Center, then assaulted at UNM's Sandoval Medical Center in Albuquerque. Her granddaughter shares her story of the family's fight to save their grandmother's life. We share her story with permission.

This is my paternal grandma (nalii), 80 years young, she's been through alot in the pass couple weeks. On May 16 her test for COVID 19 came back positive. On May 19 we took her to Gallup Indian Medical Center and she was evaluated. Nalii was told her oxygen was at 86 percent. No oxygen was administered.

We decided to take nalii to Sandoval Regional UNM. I called SRUNM to let them know I'll be bringing in my nalii.