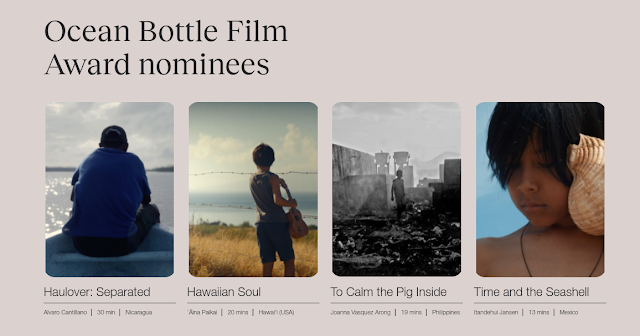 This year’s international COP26 summit is considered by many as the last chance for governments to agree on crucial climate policies that reduce carbon emissions and limit global temperature rise before the planet is set on the path to irreversible climate change. Taking place in Glasgow from October 31 to November 12, the mostly in-person conference is set to host over 200 countries, NGOs, businesses, faith groups, and other governing bodies. But the summit has been widely criticized for being inaccessible to those who are already experiencing the impacts of the climate crisis. For small countries and BIPOC communities and activists, particularly those in the Global South, where the first and most drastic effects of extreme weather are occurring, vaccine inequality and travel costs are barriers to seats at the proverbial table.

This troubling inequity is very much on the mind of Susanna Basso, artistic director and cofounder of the Climate Crisis Film Festival (CCFF). “The most vulnerable communities have the least to do with carbon emissions,” Basso says. “For them not to be included at COP26 is particularly worrying. The least we can do as a festival is to give over our platform, showcase [these communities], and pass the mic.”

Accessible online from November 1 through November 14, the festival’s program includes over a dozen films from BIPOC filmmakers on the front lines of climate change around the world, including shorts, mid-length, and feature-length documentaries from Pakistan, Niger, Brazil, Denmark, the United States, Panama, Chile, and New Zealand. The films, and the greater “festival ethos,” Basso says, are linked by the theme of “intersectionality.” The documentaries that were selected, in addition to their artistic power and gripping visuals, Basso says, confront climate change through the lens of social justice, gender inequality, politics, and the economy.
https://www.sierraclub.org/sierra/virtual-climate-crisis-film-festival-brings-bipoc-documentaries-cop26
the climate crisis film festival

The CCFF was started in the summer of 2019 by three 26 year old friends wanting to contribute to what at the time felt like London’s climate awakening.

We felt like existing environmental film festivals across the world were too broad in their scope to tackle climate change head-on and that there was space for a film festival that was laser-focused on the climate crisis and which dissected it through a social, political and economic lens — that is, from an intersectional angle.

We felt a great excitement for what we saw as a ‘new wave of environmentalism’ — at the time we didn’t have the perfect words to describe it, but 3 years on, intersectional environmentalism is on the rise and we’re proud to have been a champion of the concept from the get-go.
at November 03, 2021 No comments: