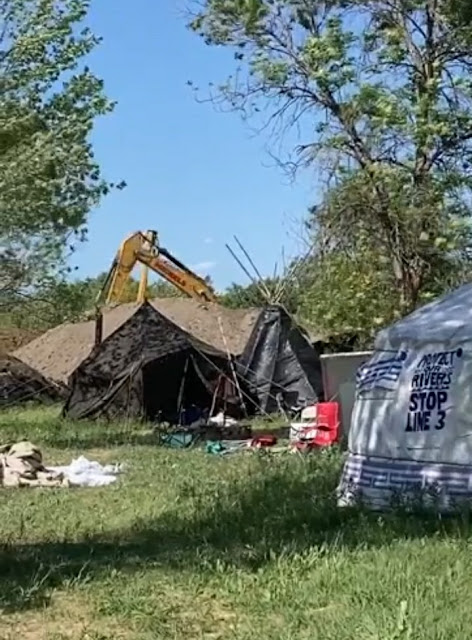 Enbridge resumed construction and is tearing up the Earth 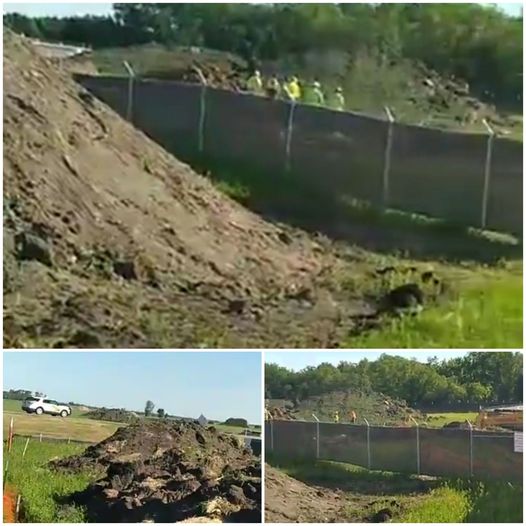 Enbridge is leaving old pipes in the water to corrode at Red Lake in Northern Minnesota.

Already fish are showing the signs of being poisoned.

Red Lake River flows into Red River, one of the few rivers in the world that flows north. Even the water in Canada is at risk from Enbridge's reckless pipeline construction.

"Welcome our new Frontliner and perhaps the most important one. The rusty patched bumblebee is listed as Minnesota's official insect and also listed as an endangered species.
.

"Their population has declined 87% since the early 2000's due to habitat loss. This little guy is feeding off of the wild asparagus we have growing everywhere here.

"There's tons of rusty patched bumblebees here! There were only counted 471 left in the world. He lives here this is home. I think we should not be allowed to put a pipe across his home. This little bee here can be our most powerful ally!

"If a hummingbird nest can stop a line on its tracks a bee can! 🐝 Bee Power! This is what the protected Endangered species is in the area so welcome him know him love him.