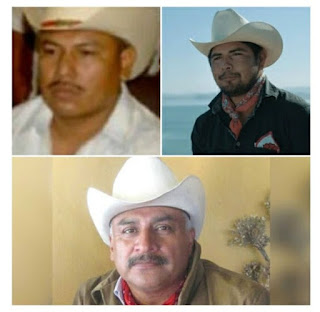 Mexico City, Jun 22 (EFE) .- The National Institute of Indigenous Peoples (INPI) condemned on Tuesday the murder of  Yaqui activist Tomás Rojo Valencia and warned of the resurgence of violence against this group in recent weeks.

The INPI "strongly condemns the cowardly murder of the Yaqui activist Tomás Rojo Valencia, as well as other acts of violence and impunity that have intensified in recent weeks in Sonora and extends its deepest condolences to the victims' families and friends for such reprehensible events," the agency said in a bulletin.

For this reason, it demanded that the authorities for the prosecution and administration of justice "undertake the corresponding investigations and punish those responsible for these events."

In addition, INPI asked to implement actions to support relatives and victims.

After four days of collecting evidence, including one on DNA, the Attorney General's Office of the State of Sonora (FGJE) confirmed this Monday that the remains found in a grave on June 17 correspond to the leader of the Yaqui, Tomás Rojo Valencia, who was reported missing on May 27.

INPI urged punishment for those responsible for the murder of Luis Urbano Domínguez Mendoza, who was killed with a firearm in Ciudad Obregón, in the northern state of Sonora, on June 2.

The INPI also calls on the authorities to investigate the murder of the head of surveillance of the Traditional Guard of Loma de Guamúchil, Agustín Valdez, son of the Governor of that Yaqui town, Guillermo Valdez Castillo.

"The Government of Mexico has established a new horizontal relationship that starts from dialogue and the construction of agreements with indigenous peoples, through their community authorities and government bodies, under the principle that together they will reach the best solutions to stop the violence that has caused them so much damage," said the statement.

INPI indicated that it has "the firm commitment" to repay the existing historical debt with the Yaqui people.
"This year in which President Andrés Manuel López Obrador will apologize to the indigenous peoples for the wrongs committed in the past, the institution works hand in hand with the different levels of government; federal, local and communal, to guarantee the rights, protect the lives of those who defend their lands, territories and natural resources, "he remarked.

Asked about this issue, López Obrador stressed that work is being done to support the Yaqui people. "It is very unfortunate what is happening," said the president, who assured that this Tuesday he will have a meeting to discuss this problem. EFE