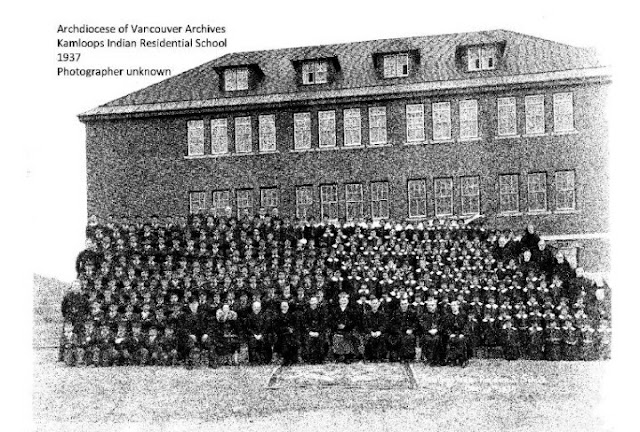 "My heart is tattooed forever."
Percy Casper, Shuswap Nation, was incarcerated before he was five years old. Percy describes the holocaust and genocide of 10 years in Kamloops Residential School, where 215 Native children were found buried in a mass grave. Percy said it was a labor camp and children were abused at night. The children who never made it home come to him in his dreams. Listen to Percy's interview with Tony Gonzales, AIM West, on KPFA Radio. -- Censored News
Article by Tony Gonzales
AIM West
Censored News

Also, in the program is a talk with Frank Washington of Thoroughfare, Virginia. Frank’s small community is besieged with development, and their historic family cemetery burial sites is being threatened, one bulldozed already!

The burial sites include African (including former slaves) and Native American graves that need our protection! DJ Banks and the AIM Long Walkers once received hospitality by the Hanson family ranch there in Thoroughfare, and are much obliged to now hear their call!