"We had a small but momentous victory here at camp," Red Lake Treaty Camp said.

"Today we shut down construction by exposing they were violating Endangered Species Act by not having a tribal monitor present during a ground disturbance."

"So no work should resume in the area until a proper monitor is present and accessible to us as all times."

"Thanks to council members and our lawyer acting quickly on these observances. We are here and we are watching and we will hold them accountable to their own actions today they were willing to break Endangered species protection laws to hurry up and bury a pipe."

"It goes to show how much they care about the environment. Thank you to all who heard the call. For today, we did a job well done."

Earlier today, Red Lake Treaty Camp, in Minnesota, asked others to come out and stand with them.

Enbridge is destroying the land today where there are eight endangered species. Enbridge is working in violation of the requirement to have a tribal monitor present. 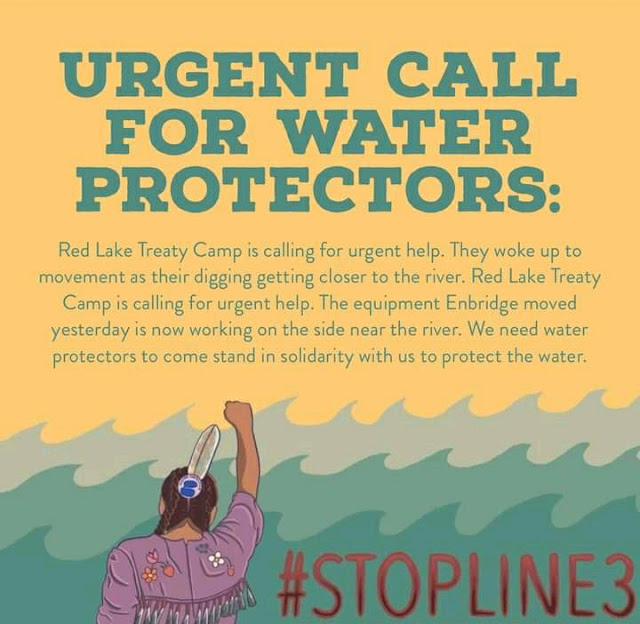 “We need people to Red Lake Camp. The equipment they moved yesterday is now moving and working on the side near the river. We need water protectors to come stand in solidarity with us to protect the water and our treaties.”