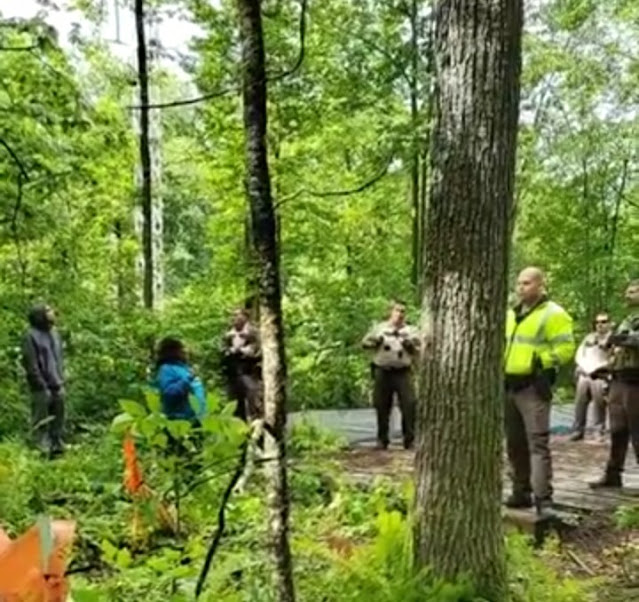 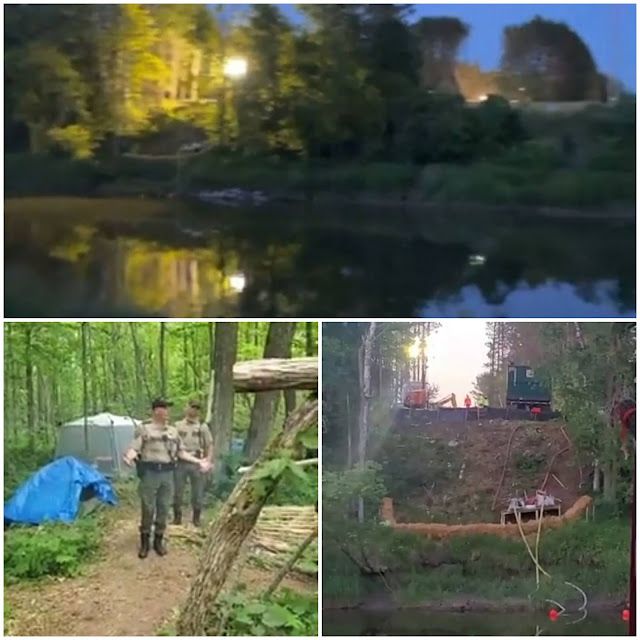 By Honor the Earth

On Friday, June 18th, Aitkin County Sheriff Dan Guida confirmed that he personally escorted several Line 3 workers from Enbridge to an area near the Water Protectors Welcome Center, near Palisade. This action was a blatant violation of 1855 Treaty Rights and an official stay on construction from the Army Corps of Engineers from last December that prohibits workers from entering the area. Following this action, the 1855 Treaty Authority sent a cease and desist letter Friday, June 18, 2021, to Minnesota Department of Natural Resources Commissioner Sarah Strommen and Sheriff Guida.

This letter from the 1855 Treaty Authority informs Strommen and Guida that the officer’s intentional violation of Treaty Rights serves to “cause fear and intimidate and interfere with our tribal member’s cultural and religious practices to protect and preserve our inherent right of freedom to believe, express, and exercise their traditional religious rites, spiritual and cultural practices.”

Furthermore, the letter follows an incident last week in which officers came into this peaceful prayer camp at around midnight -- shining flashlights and taking pictures as they walked around camp -- while women were in their tents and nearly asleep, according to Shanai Matteson, an on-the-ground organizer with the Welcome Water Protectors Center.

These officers did not identify themselves, nor did they give any warnings or commands before or during their visit -- a terrifying situation for those inside our tents and unable to see where they were or if our friends were safe.

This precedent-shaping action demonstrates the immediate need for President Biden to stop Line 3.

WHO / WHAT  At the Water Protectors Welcome Center, Enbridge workers have entered the area of the protected cultural site at the shore of the Mississippi River.

WHERE Next to the Welcome Water Protector Center, 59057 Great River Rd, Palisade, MN 56469

WHY According to Shanai Matteson, Palisade Water Protector:

“officials know they need to talk to the 1855 treaty authority. They left after escorting workers through, but there is a formal stop-work order on that site. Aitkin County with MN DNR came in threatening arrests about an hour ago.. they did so in violation of that order”