Brothers and Sisters:
Compañeras and compañeros:
This is the word of a group of indigenous organizations, native peoples, and the EZLN. With this word we want to bring among us the memory of a compañero.
After one year without him, with his memory as company, we want to take another step in this long struggle for our place in the world.
His name is Juan Chávez Alonso.
We were and are the path for his step.
With him, the purépecha people became travelers amongst the people who gave birth to and who sustain these lands.
Tata was, and is, one of the bridges that we built with others in order to see ourselves and recognize ourselves as what we are and where we are.
His heart was and is the perch from which the indigenous peoples of Mexico look, even though we are not seen, from which we speak but are not heard, and from where we resist, which is how we walk through life.
His path and his word always sought to give voice and echo to the pains and grievances of that Mexico below (the “basement” of Mexico).
The National Indigenous Congress is one of the great houses that his hands helped to build.
The struggle for the recognition of indigenous rights and culture has, in him, in his memory, a reason and an engine to persevere.
Rather than fleeting condolences and a quick forgetting of his absence, we, a group of indigenous organizations and peoples, have looked for the way to extend his walk with us, to raise his voice with ours, to expand the heart that, with him, we are.
We, as the collective color of the earth, have agreed in our hearts and minds to build a space in which the word of the indigenous peoples of Mexico and this continent that we call “America” can be heard without intermediaries. This space will carry the name and history of this brother and compañero.
We have decided to name this space the “Seminar Tata Juan Chávez Alonso,” in order to emphasize how much our native peoples have to teach others during these calendars of pain that now shake all the geographies of the world. In this space we will be able to listen to the lessons of dignity and resistance of the native peoples of America.
As a continuation of the efforts that took shape during the “First Encounter of Indigenous Peoples of America” celebrated in October of 2007 in Vicam, Sonora, on the territory of the Yaqui tribe, the seminar “Tata Juan Chávez Alonso” will hold its sessions at different locations of indigenous America throughout the continent, in accordance with the geographies and calendars agreed upon by those who convoke this seminar and those who join along the way.
This seminar is meant to build a forum in which the indigenous peoples of the continent can be heard by those who have an attentive and respectful ear for their word, their history, and their resistance.
Indigenous organizations and representatives and delegates of native peoples, communities, and neighborhoods will have the floor.
In order to inaugurate this forum, we will hold the: 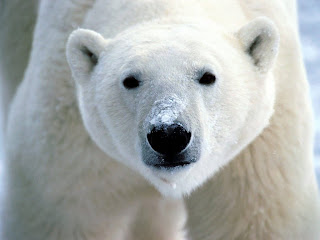 By Center for Biological Diversity
ANCHORAGE, Alaska— The Center for Biological Diversity sued the U.S. Army Corps of Engineers today challenging its approval of an oil-industry proposal to build the first drilling site ever inside the National Petroleum Reserve-Alaska and the first road into America’s largest roadless area. The lawsuit targets the agency’s approval of a destructive plan to expand oil development in Alaska's Colville River Delta.
“We’re deeply concerned that this project could kick the door open for industrial development in the reserve’s priceless habitat for caribou, birds and other wildlife,” said Deirdre McDonnell, a senior attorney with the Center.