In case you missed these, our top stories

In case you missed it, Censored News has provided original breaking news over the past eight years, since it was created in 2006. Recently, Censored News published news of a photo exhibit, revealing Australian Aboriginals were spied on by Australian intelligence. After it was posted, an Australian editor said he had heard nothing of the photo exhibit in Australia and wanted to follow up with a story.

Thanks to our news sources, Censored News has provided exclusive coverage of US spy towers on the sovereign Tohono O'odham Nation and elsewhere along the US Mexico border. Those spy towers are pointed at residents homes, not at the border. Censored News was among the first to point out that one of the US spy contractors on the Arizona border is Elbit Systems, the same Israeli defense contractor responsible for Apartheid military systems surrounding Palestine.

Although most media in Indian country avoids coverage of the US government's forced sterilization of American Indian women, Censored News provided a video interview with Dine' Jean Whitehorse at AIM West in November.

While most of the media in Indian country publishes press releases and spin about "water rights settlements," in Arizona, Censored News exposed a leaked document revealing Interior Sec. Ken Salazar, and Arizona Sen. Jon Kyl, planned to sneak a Navajo Hopi water rights settlement through a Lame Duck Congress. Salazar resigned after the exposure. Few reporters have bothered to explain the importance of the Winter's Doctrine as states and the US seize Indian water rights and dupe reporters. Further, Censored News exposed the truth of Navajo relocation by Peabody Coal, and the dirty coal industry on Navajoland.

Just after it was created, Censored News provided exclusive coverage of the Zapatistas in Sonora. Marcos and the Commandantes met with O'odham, Yaqui, Mayo and other Indigenous twice, just south of the Arizona border.

Our all time, most viewed article, was coverage of Lakota on Pine Ridge halting the tarsands trucks in 2012. Our most viewed coverage includes the lock downs by Native youths to protect sacred San Francisco Peaks in Arizona; Lakota and Dakota protests of white supremacists in North Dakota; Mi'kmaq resistance to fracking in New Brunswick; and our original coverage of Indigenous Peoples targeted by US surveillance as revealed in the Wikileaks files and Anonymous exposures.

With special thanks to photojournalist Western Shoshone Carl 'Bad Bear' Sampson, photos from the Longest Walk 4 Return to Alcatraz, and Longest Walk 3, were among the readers favorites. 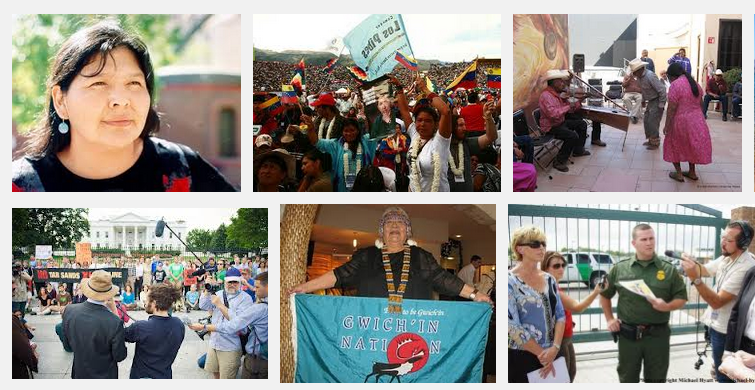 Along with Govinda at Earthcycles, Censored News has provided live coverage from AIM West in San Francisco; environmental action gatherings of Havasupai in Arizona, Pueblos in New Mexico, Mandan, Hidatsa and Arikara in North Dakota; the Indigenous Peoples Border Summits in Arizona, and the five month broadcast across America on the Longest Walk 2 in 2008.

Further, Censored News exposed the scheme to put a controversial drone factory on Indian land. After it was rejected by Pascua Yaqui, the drone factory was established on Tohono O'odham land in San Xavier in Arizona. Then, Censored News exposed a plan by the US to dump toxic and hazardous waste on O'odham land south of the border on sacred land in Quitovac, which was halted.

Censored News has been one of the few to reveal that hundreds of US Border Patrol and ICE agents have been arrested for drug smuggling on the border. US Border Patrol agents continue to be arrested for "spotting" for the cartels who are bringing drug loads across the Arizona border. Further, nearly 100 US soldiers, high school recruiters, and police officers were arrested in a sting operation running cocaine from Nogales to Phoenix. Further, we reported on the fact that US Border Patrol agents are getting away with murder on the border, as evidenced in the shooting deaths of migrants, including a teenager shot repeatedly through the border in Mexico.

Censored News was among the first to point out that the ATF's Project Gunrunner -- providing assault weapons to drug cartels in Mexico -- did not begin in recent years in Arizona. The operation actually began in Laredo, Texas in 2005, according to a report of the US Dept. of Justice, and the deadly violence continues in that region.

These are just a few of the important breaking news articles that Censored News has shared since it was created in 2006. We send a special message of thanks to Christine Prat for French translations, and Alice Holemans/NAIS for Dutch translations.

Now in its eighth year with no advertising, grants or sponsors, Censored News has 2.9 million views. Our only source of travel funds for live coverage is from reader donations.

We look forward to sharing more news of justice from the front lines, more columns from Native Americans, First Nations and other Indigenous Peoples, and more news leaks from grassroots people.

Thanks for reading and sharing, Brenda Norrell
brendanorrell@gmail.com 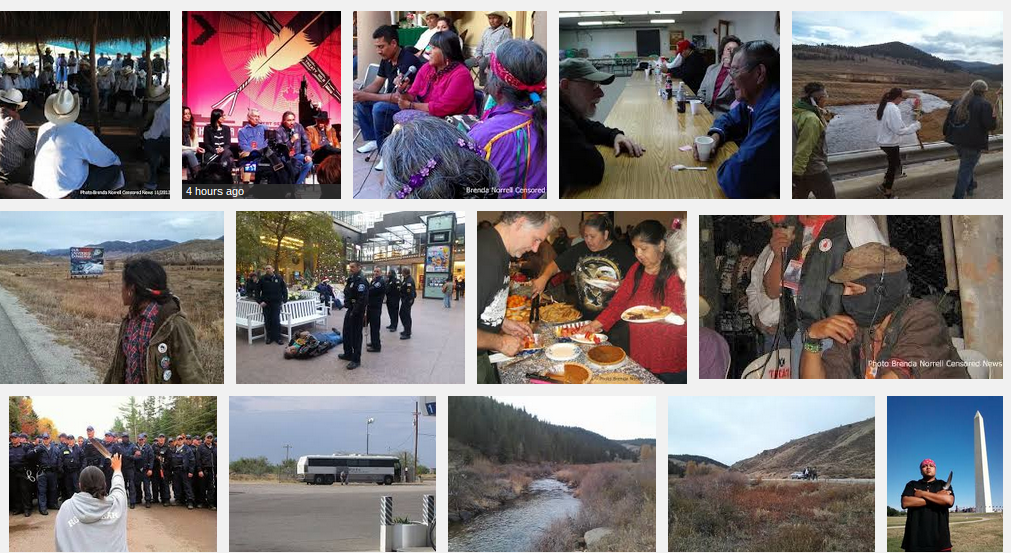 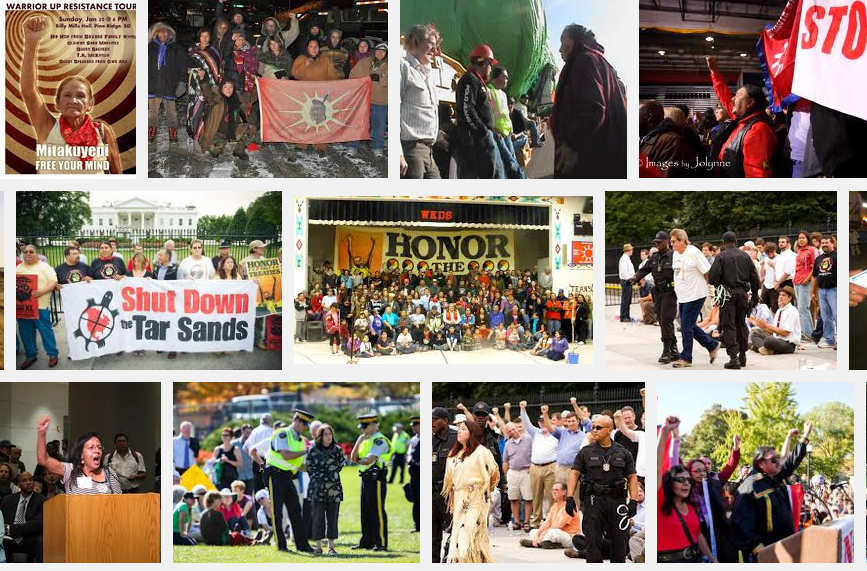 Native American protests and lockdowns to protect sacred San Francsico Peaks from sewage water snow for tourists at Arizona Snowbowl. Photos by Protect the Peaks and Youths of the Peaks.

Papago Warrior Waila Music: Our number one on YouTube
Censored News has covered a wide array of breaking news since 2006, but our most popular, most viewed, video on YouTube is Papago Warrior Waila music, recorded live on the border. The music videos were recorded by O'odham children at the O'odham Solidarity Project's spring gathering in 2013 hosted by Ofelia Rivas.
http://www.youtube.com/watch?v=mqOhEtqvCAA#allposts
References