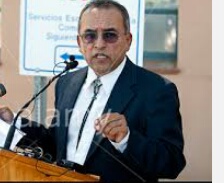 Historian Rudy Acuña commented earlier this year that when Brown people are killed by law enforcement, that the reason they are ignored by the national media is because they do not make enough noise.

I disagree. Brown peoples have always protested, albeit, perhaps not enough? I actually believe the reason they are ignored is at least twofold. The first reason is normalization; Brown-Indigenous peoples on this continent have been dehumanized, brutalized and wantonly killed since 1492, so much so, that their deaths barely registers a blip on the humanity scale. The same is true of Black peoples.

It is due also because the value this society places on Brown-Indigenous peoples is virtually zero. The lives of Black peoples is also valued at zero, but for some reason, mainstream media feels compelled to respond to African Americans, but seemingly no one else. And of course, their response to African Americans usually ranges from negative, to extremely negative.

However, when it comes to Brown-Indigenous peoples, the national mainstream media, appears to feel no moral compunction to even acknowledge their existence, except as caricatures, stereotypes, aliens or "enemy others." The result is a black and white world, via primarily a white prism.

The result is the silencing and invisibilization of many, many tens of millions of peoples. Enter Donald Trump… Yes, but not yet.

Years ago, in the era of black and white television, people thought that the reason for such a view was due to numbers or percentages; The media was black and white, because the African American population was "the largest minority" in the United States. As a life-long journalist, prior to becoming a professor, that was the rationale I heard at virtually every media conference beginning with the 1970s.

The truth is, a black/white view of the world is due to ideology or worldview, not numbers or percentages.  According to the Census, "Hispanics/Latinos" have been the largest "minority" since at least 2001. Per that yardstick, that black/white world should have ceased to exist. But it was never about the numbers.

I submit it has always been about the nation's guiding philosophies: providence, manifest destiny, the American dream and even American exceptionalism. This notion that God gave Whites this country [and continent] to establish heaven on earth, never envisioned Brown peoples as part of that vision; at best they/we were peoples in the way. These notions could only exist by exterminating, driving away, disappearing or assimilating the peoples that were already here… for thousands of years. And the ones that remain or the ones that keep coming across, I believe, are seen as reminders of unfulfilled visions or incomplete conquests or dreams. Despite this genocide of memory, Indian Country, it remains.

The best way to deal with them: ignore them, invisibilize them or silence them… the same way the mainstream media has always done. Law enforcement violence against Brown-Indigenous peoples is also through the roof, as evidenced by virtually all statistics (killedbypolice.net), but they rarely make the national news and in effect, never make it into the national conversation, which translates at best into non-existence when it comes time for solutions.

Why does the mainstream media persist with this black/white view of the world? The answer is because it is really about who is in, and who is out; who belongs, and who doesn't. In this world, Blacks belong, but only as dominated peoples. Brown-Indigenous peoples apparently upset this equation.  We can see evidence of this every single day in the media: silencing and invisibilization. But it is actually worse.

One simply needs to read the case of the native woman Jeanetta Riley, who was killed in Sandpointe, Idaho in April of this year, to see the value society places on Brown-Indigenous peoples. While the officers were cleared in her shooting death, a second shooting in a nearby town created massive outrage, resulting in an award of $80,000… for the owners of a dog that was killed by police.

That is not hyperbole. The price of Brown-Indigenous peoples has always been virtually worthless, akin to the price of Black peoples in this country.

This presidential campaign provides more proof; the one candidate who has accused Mexicans of being criminals and rapists, who has called for a 2,000-mile wall, the tripling of immigration agents, the deportation of between 11-30 million people, the creation of a special "deportation force," and who has called for the elimination of birthright citizenship, rather than being treated as a racial supremacist pariah, he was  recently rewarded by guest-hosting Saturday Night Live's Nov 7 show.

No surprise there. In its 41 years, SNL has had a worse hiring record of Brown peoples than any Fortune 500 company in the United States; two Latinos, but zero Mexicans/Central Americans, Asians or American Indians.

Going up outside the main gate of the University of Arizona where I teach, is a restaurant called "Illegal Pete's." Apparently, ignorant that Tucson is in Arizona – the SB 1070 anti-immigrant state, the owner feels free to dehumanize and insult millions of people. Here, police are required to check immigration status of anyone "suspected" of being in the country without proper documentation. Tucson is also where HB 2281, was birthed, which eliminated Ethnic Studies in Arizona's K-12 schools. The superintendent insisted that only a curriculum based on Greco-Roman values could be taught in the state's K-12 schools could be taught.

This issue is beyond dehumanization, but also includes the loss of many hundreds of lives, every year, and this is not a new development; it literally is part of that same violence brought to this continent since 1492. In 2015, this includes the hundreds of lives lost in the deserts and mountains due to intentional U.S. policies and it includes many hundreds of lives lost due to the unjustified use of force, many of which were filmed, but outside of the mainstream media. The killings and brutality of Black-Brown-Indigenous peoples are rampant and it is time to view this issue, not as abuse, but as crimes against humanity and at minimum, human rights violations. It is time either for the government to acknowledge this, or it is time to go to the criminal courts of the OAS and the UN. That is why they were created; to address human rights violations that a host country refuses to acknowledge or address.

Perhaps Acuña will come to acknowledge that this indeed is a way to make some noise.

Rodriguez is an associate professor in Mexican American Studies at the University of Arizona and can be reached at: XColumn@gmail.com

ARCHIVED COLUMN OF THE AMERICAS
http://web.me.com/columnoftheamericas 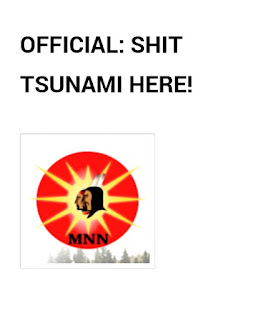