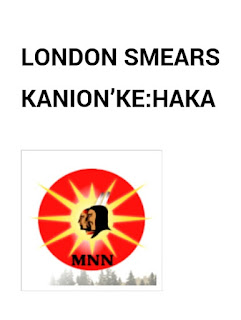 Steve Melendez 'Liberty and Justice for All except Indians' Photo: Secretary of the Interior Harold L. Ickes hands the first constitution issued under the Indian Reorganization Act to delegates of the Confederated Tribes of the Flathead Indian Reservation (Montana) 1935 Courtesy of the Library of Congress Prints and Photographic Division.

Liberty and Justice for All except Indians

I once had a conversation with my brother about how it seemed like every time the Indians try to go into court against the government, they lose. I mentioned that I had read a book by Bob Woodward called The Brethren where he said, “Rehnquist had nothing but contempt for Indian cases…Never to let an opportunity pass, Rehnquist turned an opinion that was in favor of the Indians into an opinion that indicated that in most cases they would lose.  It wiped away decades of Douglas’s opinions”.  Justice William H. Rehnquist would later become Chief Justice Rehnquist of the Supreme Court.
It makes you wonder if there is a culture in America that seems to condone racial discrimination against Indians. Surprisingly, this culture of injustice is in fact written into the law! Black’s Law Dictionary gives the definition , “Discovery---International law: As the foundation for a claim of national ownership or sovereignty, discovery is the finding of a country, continent, or island previously unknown, or previously known only to its uncivilized inhabitants.”
Everyone can see how ridiculous and unjust such a mindset can be. On September 24, 1992, Chippewa, Adam Nordwall, stepped off a plane in Rome,  and took possession of Italy “by right of discovery.” “What right had Columbus to discover America when it was already inhabited for thousands of years?” he asked.
This “Doctrine of Discovery”  says that when he stuck his flag in the ground, the white man owns everything.  If you want to know why the Indians will always lose in the American courts, it is because when it is done to the Indians, it is not called fraud or theft, it is called the Doctrine of Discovery. In order to see how intricate and fine-tuned it has become, you have to know history.
In the 1870s the government seized the Black Hills because gold had been discovered. It is almost like the movie,Avatar was based on this infamous time in American history. The government seized it in violation of the Treaty of Fort Laramie of 1868. At the time, President Grant stood before a joint session of Congress and said, “The discovery of gold  in the Black Hills, a portion of the Sioux reservation...” Then he suggested that age-old formula for instigating war-- starvation.  He went on to say, “The Secretary of Interior suggests that the supplies now appropriated for the sustenance of that people,  being no longer  obligatory under the treaty of 1868, but simply a gratuity, may be issued or withheld at his discretion.”
Because the Indians were not citizens until 1924, the Sioux had been trying all that time to bring their treaty rights before an American court. In 1920 the Sioux brought their suit to the Court of Claims. The Court of Claims kicked the can down the road for nineteen years and finally dismissed it in 1942. While the Court of Claims was using its delay tactics on the Sioux, Sec. of the Interior Harold Ickes was trying to figure out a way to circumvent the treaty. His solution is found in The Final Report of the Indian Claims Commission. “In 1934 and early 1935, the proponents of an Indian court submitted two more bills to establish an Indian Claims Court. Both bills were ignored…Secretary of the Interior Harold Ickes argued against them and directed the Senators’ attention to a bill recently introduced in the House to create an Indian Claims Commission instead of a court, which he considered preferable. With the introduction, in March 1935, of H.R. 6655, an act to create an Indian Claims Commission, the legislative movement to expedite Indian Claims shifted irreversibly from the consideration of a judicial to a commission format. Both Congress and the Secretary of Interior now felt that a commission rather than an adversary proceeding could better “cut through” the red tape…”
The diabolical nature of what Harold Ickes had in store for the Indians is found in the words, “a commission rather than an adversary proceeding”.  He said, “The proposed commission to be composed of three commissioners appointed by the President…”  What Harold Ickes did was put together the perfect apparatus to implement the Doctrine of Discovery(the white man owns everything). The key word here being, “claim”.  The legal definition of “claim” is “various types of liens that can be charged” against someone else’s title. When the Sioux refiled in the Indian Claims Commission in 1950, the Indians were in effect recognizing the government’s title. Since there was no other recourse, the Sioux have never had their day in a court of law.
The Indians can never win because The Secretary of Interior, Harold Ickes rigged the system way back in 1935. When it came to saying one thing and meaning the opposite, the language of the Indian Claims Commission was almost Satanic in its hypocrisy. He said, “The bill does not itself provide for the adjudication of any Indian claim.”   He also suggested they strike out the words, “accorded prima facie weight” which meant it would not be looking for any obviously true facts. This meant that the Commissioners could overlook facts like the Indians had been living there for thousands of years or that they had a treaty.  For the Indians, the ICC carried no weight but the opinion of the three cowboys was quite a different story. When in 1946, the Indian Claims Commission Act was passed, it included the words, “When the report of the Commission determining any claimant to be entitled to recover has been filed with Congress, such report shall have the effect of a final judgment of the Court of Claims…payment of any claim…shall be a full discharge of the United States of all claims and demands touching any of the matters involved in the controversy.”
The Western Shoshone who, after all these years are still trying to get their Treaty of Ruby Valley of 1863 honored, took their grievances to the United Nations where the U.S. officials admitted that the United States was relying on the Doctrine of Discovery.

On August 6, 2001 the U.S. officials were asked:
Q:” What is the United States position on its 1863 treaty with the Shoshone tribe? Is the United States discriminating in the protection of property rights with respect to the tribe, including seizing the tribe's lands and allowing the land to be used for dumping radioactive material?”

A: “As is the case with the Shoshone, many Native American tribal land claims are based on aboriginal title that creates enforceable property rights in tribes against third parties or states. The doctrine of aboriginal title is a judicially created doctrine rooted in colonial concepts of property ownership that arose from conflicting claims between the European colonists and Native Americans over land which was lightly populated due to the migratory nature of some tribal lifestyles. The claims were first addressed in the U.S. Supreme Court decision Johnson v. McIntosh, 21 U.S. (8 Wheat.) 543, 574 (1823), which held that as a result of European discovery, the Native Americans had a right to occupancy and possession, but that tribal rights to complete sovereignty were necessarily diminished by the principle that discovery gave exclusive title to those who made it. As a result, the tribes' ability to sell or convey the property was subject to the approval of the sovereign.”
When you realize that the Indian Claims commission was based on the colonial Doctrine of Discovery  and you consider all its whirling, spinning, shimmering parts, you can’t help but marvel at the sheer demonic  genius . Its almost as though the Department of Interior was run by the Anti-Christ.

We can thank Carrie Dann and her struggle which like the Lakota involves a treaty for pulling the veil off the shady dealings and treachery of the United States government toward native people. Right-thinking people will honor her and learn from her. If the late Elouise Cobell had learned from Carrie Dann, she would have known what was coming. She sued the government for over a century of withheld royalty payments.  The government did its song and dance delay tactics for thirteen years. For thirteen years they used the defense of Sovereign Immunity (the king can do no wrong and hence cannot be sued) while they quietly got the Congress to change the requirements of a class action lawsuit . They quietly got congress to appropriate a monetary settlement which amounted to pennies on the million. Then, with one lightning quick stroke, the government waived its sovereign immunity, put money on the table and with its Congressional gavel seemed to say, “Bam, there it is! Bam, there it is!” Elouise got two million, some got $500 and most got zip.

Now, a group of people who have learned from Carrie Dann are the First Nations of Canada.  When the Canadian government passed Omnibus Bill C-45, which broke all the treaties, not only did the natives do their idle-no-more-flash-mob- round-dances, they took their grievances directly to the United Nations. Their argument there is, we have a treaty which is an international contract and if a contract is broken, under the rule of law, the property reverts back to the original owner. From Carrie Dann, more and more people are learning that treaties can only be lost in a legal system based on colonial law. 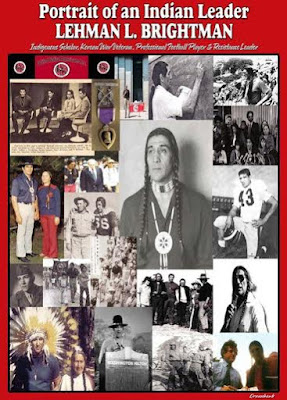 We ask Everyone to Please Pray for Continued Healing & For Strength Strength for Lee during Our Interfaith Prayer Vigil.
The Entire U.N.A. Family Would Like to Personally Say Thank You To All Our Family & Friends Praying For a Full Recovery For Our Father.
If You Have Any Questions Feel Free to Contact Us at (510)672-7187
Lila Pilamayaye To Everyone for Praying for The Great Lehman L. BrightmanQuanah Parker BrightmanExecutive Director ofUnited Native Americansqbrightman75@hotmail.comhttp://unitednativeamericans.weebly.com/ 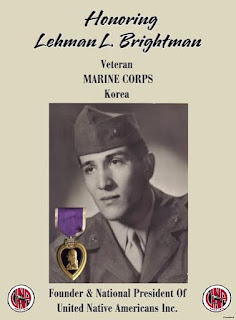 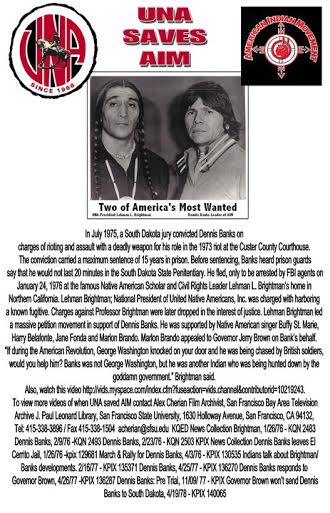