Longest Walk 2019 'We Shall Continue' in Washington: Bad Bear's Photos 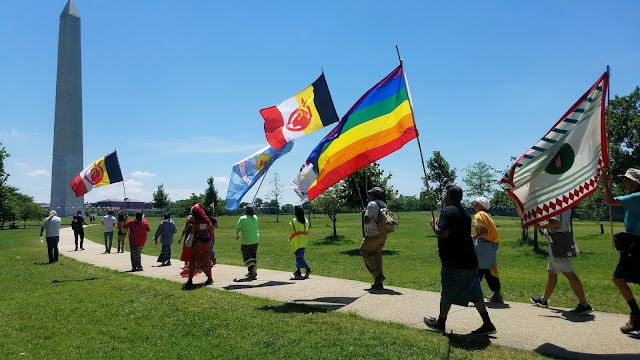 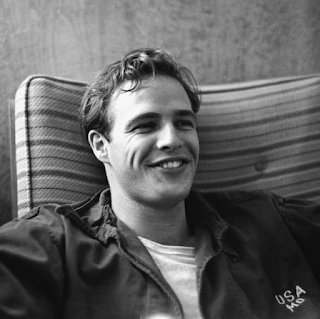 Mohawk Kahentinetha Horn remembers an evening with Marlon Brandon in his home, when Marlon was a sincere supporter of the Red Power Movement in the '60s
Article by Brenda Norrell
Censored News

Kahentinetha Horn, Mohawk, remembers how she shared an evening with Marlon Brando in his home, during the '60s, when they met as Marlon supported the Red Power Movement.
During the broadcast of Coffee with My Ma, Kahentinetha's daughter, actress Kaniehtiio Horn, asks Kahentinetha about her time with Marlon Brandon, wondering what happened between the famous Marlon and her mom. The episode is Ma Clears the Air about Marlon Brando.
Kahentinetha shares her memories of the sincere actor.
"He was very committed to helping us," she said, remembering his support of Natives in the fishing rights struggle in Oregon and Washington.
"He called me," she said, of the phone call to her home on Mohawk land. Marlon asked her to come and visit him in Hollywood and offered to send her an airline ticket.
"He was so handsome."
Kahentinetha was in her mid-20s when she went to San Francisco, and on to southern California, to share an evening with Marlon at his home in Hollywood.
"Jane Fonda was involved with us. I love Jane Fonda," Kahentinetha said remembering Fonda's involvement in the Red Power Movement in the 60s.
"She stuck her neck out for us. I respect her for that," she said recalling how Fonda was blacklisted.
Marlon told Kahentinetha that she could stay in San Francisco at Eugene Burdick's home, with Burdick and his wife. Burdick authored the Ugly American, and Marlon and starred in the film based on the novel.
Marlon sent a limousine for Kahentinetha to travel from San Francisco to Hollywood. His home had low tables, like a Japanese home.
"It was very nice," Kahentinetha recalls. "He was very, very handsome."
"I could tell by his eyes he was a very sincere person."
Marlon asked her about her family and told her about his family.
"He was interested in Mohawks and the Great Law."
This was in the 1960s before Marlon sent Sacheen Little Feather to the Oscars to decline Brando's Oscar for the Godfather.
"He was very humble," Kahentinetha remembers. "He was a smart, very intelligent guy."
But if he wanted to, he could tear down people.
During the visit, Marlon asked her if she wanted to go for a swim.

"He was very fit at that time," she says, adding that after swimming, there was a meal.
"Marlon chose to fight for us," Kahentinetha said remembering him and the calls that followed. "I really respected him."
During the talk show program with her daughter, Kahentinetha mentions her trip to Cuba in 1959, and meetings with the Black Panthers and Chicanos during those days of the Red Power Movement.
As the podcast begins, Kahentinetha shares how Marlon sent Sacheen LIttleFeather to accept his Oscar for the Godfather. Marlon said he regretfully could not accept the Oscar because of the treatment of American Indians by the film industry and reminds the audience of the recent Wounded Knee in 1973.
Daughter Kaniehtiio Horn begins the show by saying, "In today's episode I sit down with Ma and she explains what really went down back in the 60s when Marlon (first name basis oh la la) called her up outta the blue in Kahnawake. She gives us the scoop on her first trip to Hollywood, what Marlon's villa looked like, and how she rubbed elbows with stars like Eugene Burdick at a political fundraiser in San Fran!"
Listen to the full story of Kahentinetha's visit with Marlon Brandon at his home in the 60s, and hear all the details, at Coffee with Me and Ma.
A little more of the evening with Marlon Brando is shared in an article on Mohawk Nation News, published by Kahentinetha: Mohawk Nation News in 2014.

Read and listen to more at Censored News from Coffee with My Ma: 'Ma Goes to Cuba, Just to See'

Kahentinetha Horn is a member of the Mohawk Wolf Clan of Kahnawake.

In the 1960s and early 1970s, Kahn-Tineta Horn became widely known for her criticisms of anti-native racism and government policy regarding First Nations peoples, and for her advocacy of native separatism. "She was involved in the 1962 Conference on Indian Poverty in Washington D.C., the blocking of the International Bridge at Akwesasne in 1968, and other indigenous rights campaigns."[7]Kahn-Tineta caught the attention of the media in 1964, when she was "deposed as a Director of the National Indian Council, and as Indian Princess of Canada."[8] By 1972, her separatist views had appeared in the pages of The Harvard Crimson and The New Yorker,[9][10][11] and she had been interviewed by The Webster Reports of KVOS-TV, a Bellingham, Washington station which broadcasts to Vancouver, British Columbia.[12]
Horn and her daughters were notable participants in the 1990 Oka Crisis.[13][14] Her daughter, Waneek Horn-Miller (born 1975), was stabbed in the chest by a soldier's bayonet while holding her younger sister, then aged 4; a photograph of the incident, published on the front page of newspapers, symbolized the standoff between Mohawks and the Canadian government.[15] Waneek became a broadcaster, and co-captain of Canada's first women's national water polo team at the 2000 Summer Olympics in Sydney.[16] Horn's youngest daughter, Kaniehtiio Horn, also present at the Oka Crisis, is a film and television actress.[17]
Read more at Wikipedia: https://en.wikipedia.org/wiki/Kahn-Tineta_Horn 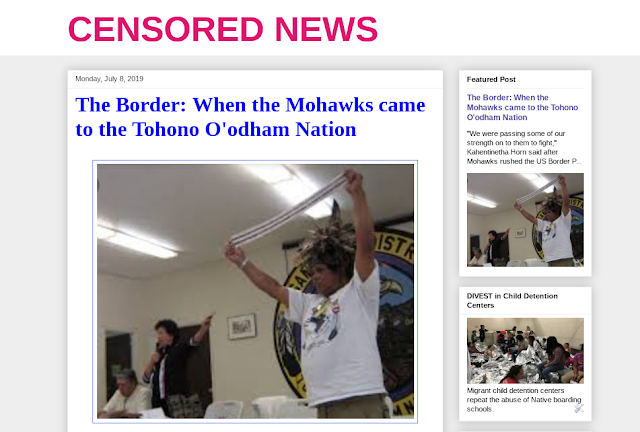 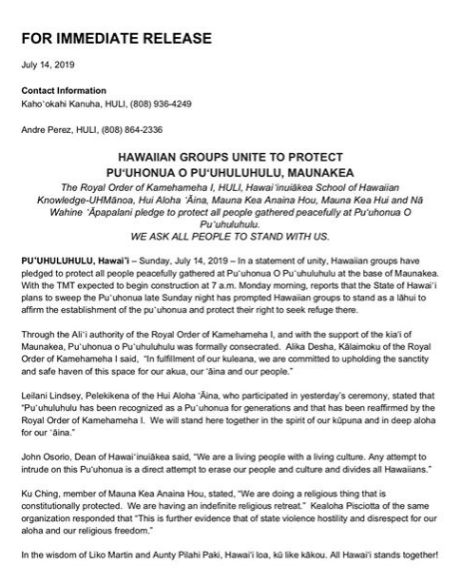 Aloha To All The Supporters of Sacred Mauna Kea,
We need your help in our efforts to protect Mauna Kea (a place sacred to the Hawaiian people as the home of Wākea and the piko of our culture) from desecration.


The State of Hawai’i Governor has promised to utilize the Hawai’i National Guard, County Police Departments, DOCARE Officers, and Sheriffs to protect the transporting of equipment for the building of a private 18 story Thirty Meter Telescope (TMT) on our most sacred temple – Mauna Kea. Semi-automatic weapons and a Long-Range Acoustic Device (LRAD), otherwise known as a sound cannon, has been purchased by the State. We have been given notice that the transportation of the equipment will begin on Monday, July 15, 2019, despite hundreds of peaceful protectors expected on Mauna Kea for prayer and ceremony.


I know many of you want to come physically to help us to protect Mauna Kea but are unable to. Therefore, we are asking that you help peaceful Mauna Kea Protectors by donating to KAHEA: The Hawaiian Environmental Alliance - Mauna Kea Legal Defense Fund. These funds will be used to cover legal fees and related costs for ongoing and future legal actions.


The most recent legal action taken was a petition filed on behalf of Mauna Kea cultural practitioners citing the Thirty Meter Telescope Observatory’s failure to obtain security equal to the full amount of the $2 billion project. This petition is asking for an immediate injunction to stop any work related to the construction of the TMT to protect the interests of the public. Click on the link below to make a donation and then be sure to select the Mauna kea Legal Defense Fund.