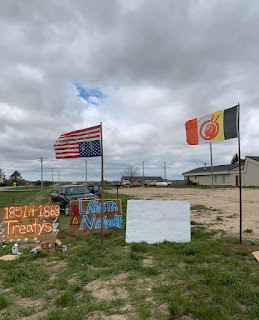 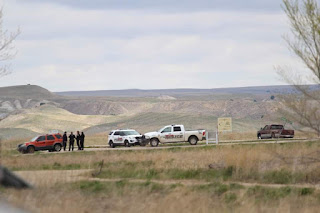 Article by Brenda Norrell
Breaking News from Censored News
May 10, 2020

On the same day, Mother's Day, the Navajo Nation reports 149 new cases of coronavirus within 24 hours. There have been two more deaths, bringing the total to 100 deaths. The total number of cases is 3,122.

In South Dakota, Cheyenne River Lakota Chairman Harold Frazier responded to the South Dakota Governor's "fiery rhetoric" in the media and said the governor never contacted his office with the threats about border checkpoints.

During his weekly radio broadcast, Chairman Frazier said the most important action is to save lives. Read more at Censored News.

In the state of South Dakota, the largest number of coronavirus cases are the result of an outbreak at the Smithfield pork processing plant in Sioux Falls. It is responsible for 1,098 coronavirus cases, about one-third of those in the state, and two deaths. 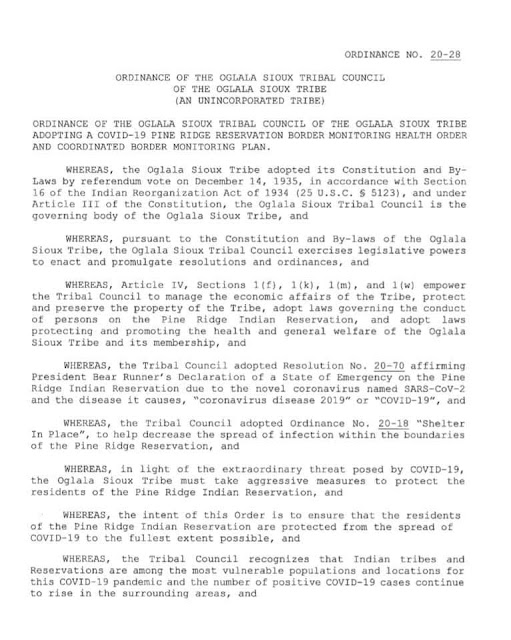 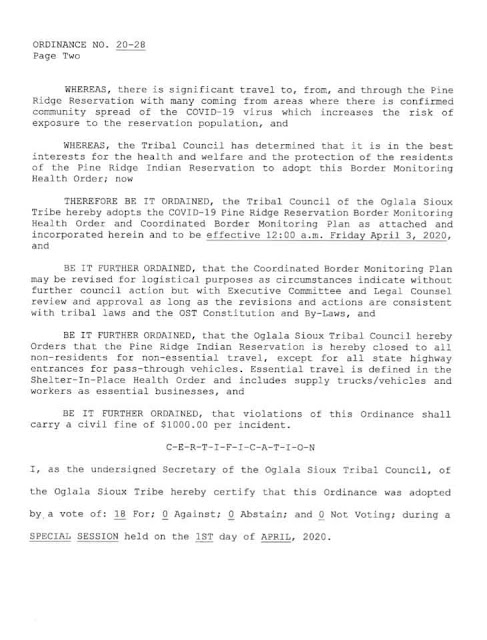 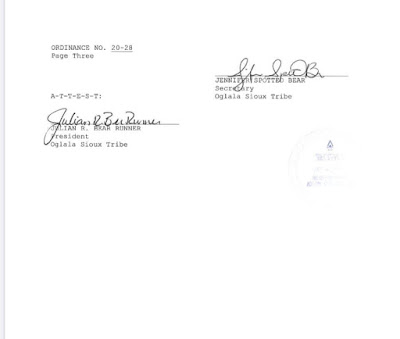 If it's tribal land. It's their business. They have a right as their own sovereigns as bestowed by Congress. They don't have to bow to state requests. The feds are the only ones technically allowed on their land anyway.

Sovereignty assures tribal nations' rights to govern their own land, inc. roadways. If white SD dislikes it, they can always return to wherever they came from.

She's attempting to bring in the infectious disease just as her ancestors did when they came by oxen wagon trains bringing diseases with them. Especially the disease of racism.

The times are not 1492 governor you don't just steal what u may...your government made up the rules now live by them..you are not God.

This has nothing to do with her being white. Shes just an idiot she could be purple and still be an idiot. Not all white people are like her and share the same or similar views. I'm white and am from SD and I'm happy the reservations are taking the measures they see fit to protect their people. They have every right to enforce any and all rules and laws they see fit on their lands. The idiot that unfortunately is our govenor refuses to do everything she can to protect the rest of the state so I'm glad the reservations are doing what they can to protect their people.

I have relatives and friends in South Dakota and I am thankful the tribal leaders are asserting their Sovereign right to protect the people within the boundaries of their Reservation lands. That is the Natural Law and no outside entity has a right to impose or demand that tribal leaders get out of the way and stop protecting their lives.

The Treaty issue is to be reckoned with. The promises in those Treaties are still in place. Indigenous Peoples of North America, South America, as well as the Peoples of the Pacific and Caribbean Islands have basic human rights. First and foremost is the right to protect their lives.

It is such a travisity that there are still people who thinks that anything and everyone should bow down to them. I am so proud of the people of the South Dakota Reservation for standing up for themselves. It's about time that the government realize that this isn't the 1800's any longer. And it was the government that thought that the American Indians would never understand what the government was really doing to them. It's their right to stand up and protect their own people since it is still to this day obvious that the government still doesn't care about the health and safety of the original Owners of this land. It actually is embarrassing to sit by and watch this Governor act like an axx, just because these people want to save lives and keep their own people safe. You should be ashamed of yourself for even considering you can still treat these American Indians like you own them and they have to bow down to you in this catastrophic time in our lives. You can't even take care of your own people, so you want to try to tell a Sovereign Nation what to do. Really, is this the most important thing to you ? Starting or trying to start this recognized Sovereign Nation and Indian Reservation from protecting the few people that are left from all of the terror you and your forefathers brought against them, just because of your greed.? I think that you should be getting the rest of your state safe instead of worrying about and wasting tax dollars trying to boss some legally protected People around, that you don't even go there and see how you and your Government treats these people and have treated these people since you have tried to take what you can't have since way back. Didn't you learn anything from about Custer and how he treated these people?? Evidently not.

Stand strong an tall..hell with the governor.im native...all of us should stand the same way

I agree with the Dakota Natives to keep the CO-VID19 off their lands. I have some native in me. Yes, we all need to stay strong in pandemic.

Here, here for Pine Ridge Reservation People. So proud of you all. Stand your ground protect all my families and Native American Indian nations. Keep up your fight for all. PROUD OF YOU ALL.

HERE, HERE. KEEP UP THE FIGHT. Thank you for protecting all my family members and the whole Native American Indian Nation. STAND YOUR GROUND

The federal government have no rights to dictate to states any policies involving what they say is a health crisis. This is the reason governors across the country have enacted regulations.
These regulations are not uniform, each governor enacted as they saw fit. None of these actions have show any benefits to stopping this virus. If fact some, like forced isolation has made it worse on some. Fresh air and sunshine Trump's house arrest. All they have accomplished is weakened people immune systems.
All of this stems from the elites one world order.
They have destroyed small businesses on purpose. It is one of their agendas
Total compliance is their goal.
Do as I say or else.
All of their actions are criminal and unconstitutional.
I said this from the beginning. Turn off your t.v., and your Android, get outside and do things. Ignore all health officials, the virus will disappear in a week.
They are all liars.
The flu reported last year killed four times as many people except in states like new York, Michigan, Louisiana. Why do you think that is. Because hospitals have been compensated for more virus deaths.
The good things about this virus it has virtually stopped deaths by cancer, heart disease, aids, flu, and even auto accidents in their tracks.
Native Americans were the first victims of biological warfare on this planet with the purposely spread of smallpox. They should shoot a the white eyes on sight.

Its bad enough they hosed them down in the winter with freezing cold water and now they aren't even hiding their BIAS "views"! I am 1/2 Lakota and 1/2 Navajo. I live near the Navajo Nation and BOTH of my people are being attacked from all sides. The only difference is the NN and our border towns people have respect for eachother (there are a few bad apples everywhere in the world including ours), but what is happening in SD is beyond UNACCEPTABLE!!!!

Unfortunately there are alot of people who still believe the saying "The only good indian is a dead indian" to this day. My ex husband believed it. I found out acouple years after we were married his beliefs. He also added to that sentence "The only thing lower than a full blood indian is a mix breed". I couldn't believe what I heard. So I asked him does that mean you hate your own children? He said no but from then on treated us horribly and I divorced him as fast as I could. The first nations peoples are the most discriminated people on our country. I grew up being told do I not ever let anyone know that you are of mixed heritage. My parents didn't teach us about our heritage. As an adult before my father died he told us kids that we are Apache and Lakota. We are now trying to find our grandmothers who were full bloods real names. We want to be able to meet our native families and learn about our heritage.

I support the checkpoints. I live in Delaware. Our police are doing checkpoints & telling out of staters go home, or plan to stay two weeks in quarantine. Our governor has the state closed until May 31.