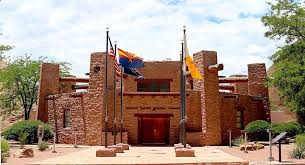 Monday morning update: As of June 29, these federal funds are not yet reaching the people and are still awaiting allocation by the Navajo Nation government.
The Navajo Nation has received the total $714 million in federal funds for coronavirus relief, including the $86 million delayed, and the $27 million withheld to pay Alaska Native corporations which resulted in a legal complaint.

WINDOW ROCK, Ariz. — The Navajo Nation Office of the Controller confirmed to the Office of the Speaker that deposits to the Navajo Nation from the U.S. Department of the Treasury totaled $714,189,631.47 as of Friday. The funds are part of the federal Coronavirus Aid, Relief, and Economic Stimulus (CARES) Act payments to state, local and tribal governments approved on Apr. 27 by Congress and President Trump.


The federal CARES Act mandated the distribution of Coronavirus Relief Fund payments by the U.S. Treasury within 30 days of being enacted. However, the U.S. Treasury missed the deadline for distributing $8 billion appropriated to federally recognized tribal nations. In early May, Navajo Nation leaders were notified that 60 percent, or $4.8 billion, would be released to tribal governments by May 6.

On that day, the Controller confirmed federal deposits in the amount of $600,559,530.10. That amount was the Navajo Nation’s share, up to that point, based on a distribution formula adopted by the U.S. Treasury and the Department of the Interior.

The second round of deposits for the remaining 40 percent were initiated Jun. 15, nearly two months after the deadline set by Congress. The Navajo Nation received a deposit of $86,358,877.04 the same day.

However, a portion of was again withheld by the U.S. Treasury to cover payments to Alaska native corporations (ANCs). Those funds, and the decision to include ANCs in federal CARES Act distributions to governments, were the subject of a legal complaint by several tribal governments, which included the Navajo Nation, against the U.S. Treasury.

The Controller also reported that all Coronavirus Relief Funds received by the Navajo Nation from the federal CARES Act were deposited into a separate account created specifically to ensure it did not co-mingle with Navajo Nation general funds. None of that amount has been spent, to date.

Through Navajo Nation Council Resolution No. CMY-44-20, known as the Navajo Nation CARES Fund Act, a legal framework was approved for the expenditure of the funds. Speaker Seth Damon introduced that legislation on May 7, a day after the first deposits were confirmed, in the hopes of streamlining the process of spending the entire amount of federal relief funds by Dec. 30.

CMY-44-20 enabled any organization or entity to develop an expenditure plan to request funding from the Navajo Nation to use in COVID-19 relief or response activities for the benefit of the Navajo People. The vetting process for all projects included an approval vote of the Council and the signature of the Navajo Nation President.

The immediate expenditures, which are the first to authorize Navajo Nation CARES Fund expenditures, are intended to address personal protective equipment (PPE), hazard pay for front-line responders and others, facility safety assurance measures, relief and support for Navajo Nation chapter governments and more.

“On behalf of the 24th Navajo Nation Council, I want to express to all Navajo People out there that the government has every intention of ensuring every expenditure and cost is accounted for and that it ultimately went toward producing constructive outcomes for the health and wellbeing of Navajo communities,” said Speaker Seth Damon. “In working together with the President and Chief Justice of the Navajo Nation, we will ensure the expenditure of these monies will help prevent this and future pandemics from having such drastic outcomes as COVID-19.”

On Friday, Jun. 26, Judge Mehta ruled ANCs were eligible for federal CARES funds. With that ruling, the U.S. Treasury reported that all payments have been completed to tribal governments.

Until Congress approves new funding for COVID-19 response activities, the deposits are expected to be the last from the Coronavirus Relief Fund. Navajo leaders continue to take a multi-level approach to request an extension from Congress regarding the Dec. 30 deadline to expend federal CARES funds, particularly due to the delay in receiving deposits from the U.S. Treasury. 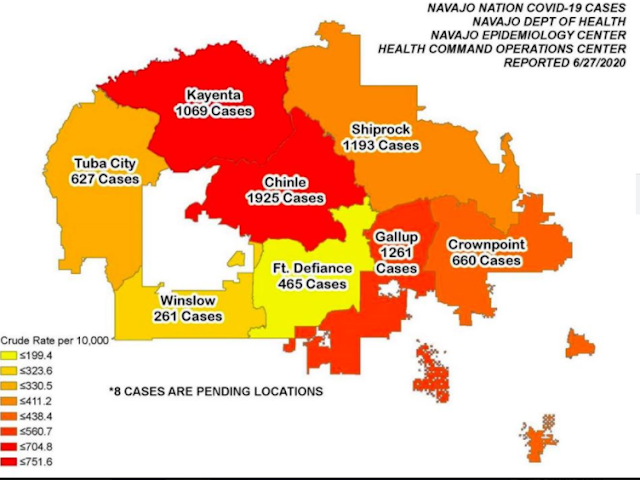