Three weeks after their disappearance, there are no answers about 10 members of the Yaqui community in Sonora.

No criminal group has claimed responsibility for the kidnapping, so the Yaqui community believes that it is a form of pressure from mining companies.

Bacum Yaqui families believe lithium and other mining responsible for missing Yaqui. Three weeks after being kidnapped while going for a cow for a traditional feast, ten Yaqui men remain missing. Four of the 15 were released by the kidnappers, and one escaped. Families believe mining companies are responsible, because of the new interest in lithium mining in Sonora, just south of the Arizona border. Lithium is in demand for batteries for electric cars, computers, and cell phones. This comes after Bacum's long fight with Sempra gas pipeline. Before the men were kidnapped, the Mexican military planted drugs in the community in a scheme to disarm the Traditional Yaqui Guard. There were also attempts by mining companies to bribe Bacum Yaqui, which failed. Now, the Canadian mining companies -- and the criminals they depend on -- have initiated a campaign of fear. In nearby Vicam Pueblo, Yaqui Water and Land Protector Tomas Rojo was assassinated after being kidnapped in May. Today's excellent article is written by Animal Politico and translated online. This is dangerous work for journalists in Sonora, because of criminals inside the Mexican military and government, and the cartels. -- Censored News

LOMA DE BACUM, Sonora -- On July 14, 15 people left the Yaqui community of Loma de Bácum, in southern Sonora, bound for the ranch known as Agua Caliente, some 85 kilometers to the north. There they would pick up some cows to take back to their community for the traditional festival that began that day. They did not return to their community and since that day there has been no news of their whereabouts. 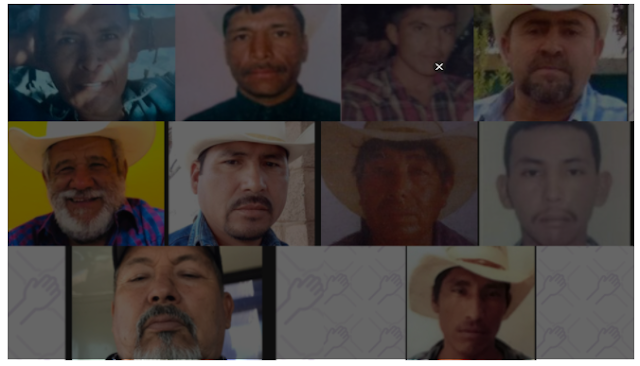 "So far no official, no one from the state or federal government has shown up here to give us their support, they just sent the National Guard, the Navy, the Sedena, the police and the investigative agency, who according to them are the ones who are supporting us, however, no results have been seen," denounced Guadalupe Flores Maldonado, a member of the Yoremia Troop of the Heroic Town of Loma de Bácum.
Read more »
at August 06, 2021 No comments: