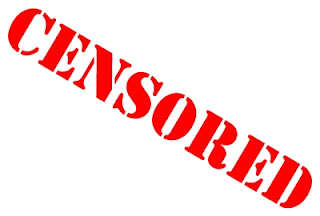 We're ready for news that is true

What the US isn't telling you in those press releases

It is sad to see the "new media" following these patterns: 1: Plagiarizing and rewriting others hard work for a paycheck 2. Avoiding controversial issues and sticking with the 1950s approach. 3. Posting the same links that everyone else posts.

If you're thinking of setting up a news blog, or website, please consider that you need real journalism to make it work. That means you, or another reporter, has to actually be on the scene to make it work, not just profiteering from others hard work.

There's little interest in just posting the same links that everyone else posts, or following the same old colonized thought in radio. There is already enough fluff, trendy jargon and meaningless distractions.

Everyone is also tired of deceptive journalism by armchair journalists at corporate-owned newspapers. They scour the Internet for others hard work, and then make a five minute phone call to cover up the plagiarism. Finally, they borrow or steal a photo from someone who was there to complete the deception, before picking up their paycheck. Sometimes they don't bother with any of this. Instead, they just rewrite others work, or a press release manipulating facts, and put their name on it.

As for the aggregators of news links, if you're making money by way of advertising, then share it with the reporters on the streets, or backroads, whose work you are profiteering from.

Also if you're thinking of setting up a news blog or website, please consider that travel and equipment are very expensive, and you can wind up in debt very fast. However, there's really no need to do it unless you have access to original reporting, videos or audios.

Grassroots radio can be a powerful force, but you must have real programming to make it work. This means you can't just play music, or mimic the same boring news that everyone else has. For grassroots radio to be a driving force, you must have interviews with grassroots people on the scene. The time has to be now,  immediately, when there's news.

A news blog is full time work. You have to work all the time to be aware of breaking news and that means unpaid work. If you have advertising, then you need to pay the reporters and photographers.

As for fake bylines, the Chicago Tribune just got caught using fake bylines on articles written by Filipinos. The Tribune now admits it, and is trying to play it down. The point is, if you're thinking of using fake bylines, forget it. http://articles.chicagotribune.com/2012-07-02/business/ct-biz-0702-journatic-20120702_1_triblocal-websites-stories-bylines

If you're thinking of making money from specific advertisers, like gambling casinos or the CIA, remember that too comes with a price. Their price is in their control of you and your forfeit is your credibility with your readers.

If you have hidden agendas -- like influencing court cases for corporate gain, promoting politicians or wars, winning government contracts, or research for personal gain -- it will soon be obvious.

As for the good hearts, who share the news to bring about good in the world, thanks for sharing.

What the US press releases don't tell you

If you are relying on press releases for news, then you have to know who is writing those. You can not just make parrot sounds. Politicians lie. Coal fired power plant operators don't care about how many people die of respiratory diseases, or how an Alaskan village fell into the sea from global warming from power plants.

The US press release spinners at the White House and in Congress are not going to tell you that the US supplies AK47s to drug cartels in Mexico, and has done this under Project Gunrunner since it began in 2005 in Laredo, Texas, under the Bush administration.

City police aren't going to be honest about spying on an 80-year-old grandmother with a Leonard Peltier bumper sticker, as happened in Denver. Arizona police are not going to tell you they ignore heavily-armed white supremacists and at the same time target Native Americans at traffic stops. Arizona police are not going to be holding press conferences about how they earlier ignored the two separate self-proclaimed armed white supremacists who murdered an infant in Gilbert and a nine-year-old girl in Arivaca.

The US Border Patrol in Why, Arizona, is not going to tell you they repeatedly left migrants to die south of Phoenix of dehydration, when they failed to respond to phone calls they received. The US Border Patrol isn't going to tell you that they routinely physically abuse Tohono O'odham on their own land, while laughing at O'odham and mocking them.

The US is not going to praise Wikileaks for getting the truth out.

The US is not going to tell you that the border and migrant xenophobia was used to produce billions of dollars of profits for US/Mexico border wall builders, including Boeing and its Israeli defense subcontractor Elbit Systems, along with hoax spy tower pork profits. The US spin makers won't reveal that private prisons are profiteers targeting people of color.

So, if you're thinking of creating a news blog, or grassroots radio station, please bring us something original, something true, and something that will change the world.

Brenda Norrell is publisher of Censored News. Norrell has been a reporter of Indian news for 30 years. She was a reporter for Navajo Times and stringer for AP and USA Today during the 18 that she lived on the Navajo Nation. After serving as a staff reporter for Indian Country Today for most of the years between 1995 and 2006, she was first censored, then terminated. She created Censored News in 2006 as a platform for censored Native and grassroots voices upholding human rights.
at July 02, 2012