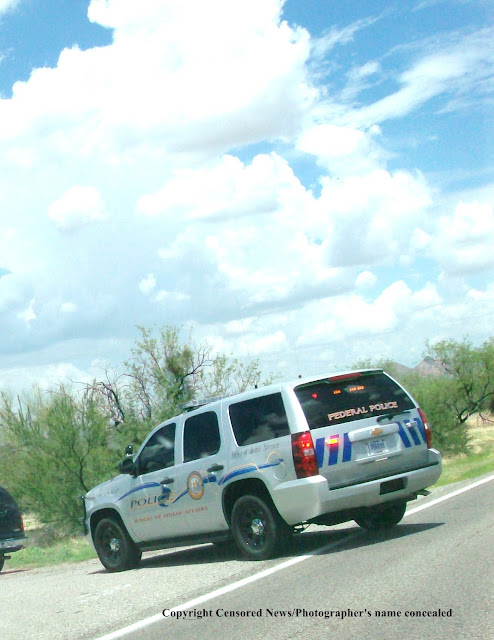 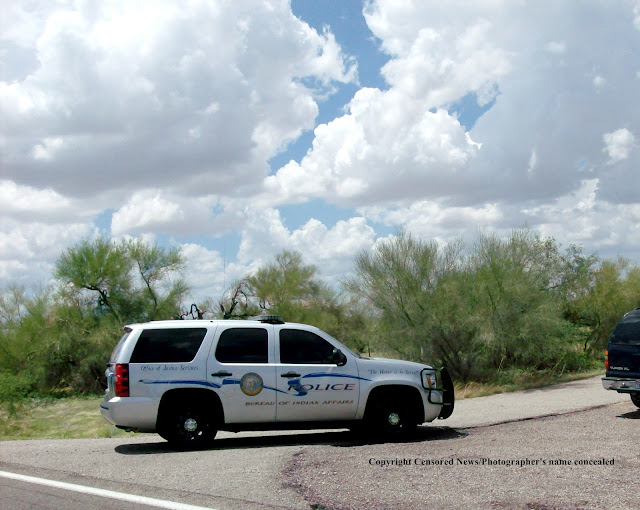 SELLS, Arizona -- A new federal police vehicle of the Bureau of Indian Affairs was seen on the sovereign Tohono O'odham land making a traffic stops this week.

"I'm wondering who is behind the tinted windows. Are they O'odham or non-O'odham," said an O'odham member. "Many of our tribal police are non-O'odham and do not know about our culture. They can not communicate with our people who are non-English speakers, and don't understand about the sacredness of Tohono O'odham land."

"O'odham living on our land do not know who these new federal police are, with these new vehicles."

"The abuse of sovereignty now extends to our own people. Tribal police are coopted by Homeland Security and carry out their abuse," the O'odham member said.