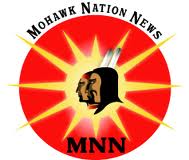 MNN.  July 25, 2012.  According to a legend made up by the elite, the original Olympics was founded by Hercules, the son of Zeus.  Today we are conditioned to watch a bunch of white people having fun at our expense.
The First real modern Olympic Games took place in Athens in 1896.  There have been 27 since.  Officially 3 are listed as games, even though they never took place, in 1916, 1940 and 1944.
In 1936 German Karl Diem suggested the torch relay.  In Germany Joseph Goebbels, the Minister of Propaganda, created the biggest indoctrination event for the Third Reich.  Fuhrer Adolph Hitler and his henchmen concocted the run from Athens, which everybody is copying.  It was political theatre carefully scripted and paid entirely by Nazi Germany.
Previous Games were comparatively low budget. Hitler wanted to outdo the 1932 Los Angeles Olympics by building a 100,000 seat stadium, six gyms and many arenas.  For the first time, a closed circuit TV system and radio network reached 41 countries, state of the art electronic equipment broadcast the games.  Leni Riefenstahl, Hitler’s favorite director, filmed the Games.  She pioneered the modern sports coverage, which is the myth of white supremacy.
The Olympics has always been a platform for the white elite.  All the events needed expensive coaching, equipment and infrastructure, and no real competition. Only corporate countries could afford such extravaganzas.
Athletic superiority of the white race was showcased in such sports as:
Aquatics, archery, badminton, basketball, boxing, canoeing, cycling, equestrian, fencing, soccer, golf, gymnastics, handball, modern pentathlon, rowing, sailing, shooting, swimming, diving, tennis, table tennis, triathlon and volleyball.
The winter Olympics were even more elite: biathlon, bobsledding, curling, luge, skating and 6 skiing events. There is no snow in the black world.  Indigenous could not afford all this expensive equipment.
The elite laugh at our feeble efforts to compete in their sports, like the swimmer from Africa who could only practice in the tiny Holiday Inn Pool of his country.  Black athletes excelled in long distance running without shoes; and now sprinting because they have shoes.
In 1936 Hitler was infuriated over the victories of two US black athletes, Jesse Owens and Joe Louis.  He did not want what he deemed inferior races involved.
It’s all about money!  In 1694 the City of London was created when William of Orange turned the Bank of England over to private bankster families.  They run all the corporate states [UN] worldwide, through the fiction called ‘money’.
In 1929 the Vatican was incorporated as a City State under the Lateran Treaty.  In 1871 Washington DC was incorporated in the District of Columbia Organic Act.
These three city states are property of the Crown.
The host cities are indebted to the city of London Bankers, by design. In Montreal it took almost 40 years to pay off the debt.  Today, Montreal’s infrastructure is crumbling, with no apparent hope of repair due to lack of money.
What is money?  Like in monopoly, it’s paper notes backed by nothing.  When we can’t pay, the banksters send in their US military, created in 1871.
Everyone pays the banksters who are white old men sitting in the City of London [one square mile of the real London.]
The Olympics is a camouflage for them to try and continue their fiction of hierarchy and remain at the top of their pyramid forever.
This is the end of the original lie.