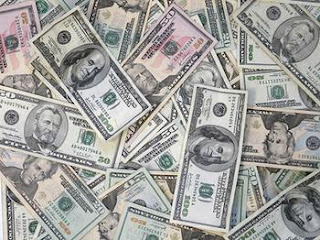 
One of the latest threats to truth is the injection of hundreds of thousands of dollars into non-profits, as private corporations buy up major newspapers.
One of the non-profit funding sources, the Ford Foundation, funds 'Indigenous' organizations with grants of $100,000 to $400,000 or more annually. The Ford Foundation has long been a front for CIA agents, according to Wikipedia.
The Ford Foundation grant database can be searched, by placing words such as 'Indigenous' in the search box.
Sometimes it is not the specific organization at the United Nations that receives direct Ford Foundation funding, but the place of employment of someone in a major role, such as a Rapporteur.
For example, the University of Arizona Law College Association, Tucson, received three Ford grants between 2009 and 2012 which total $1.75 million for Advancing Racial Justice and Minority Rights. The Rapporteur for Indigenous Peoples James Anaya is a law professor at the university. Anaya also said the Ford Foundation was a sponsor of the United Nations conference for Indigenous Peoples hosted at the university in April of 2012.
Within the United Nations organizations, academic rhetoric has become a way to extract funding, including huge global travel budgets. These huge grants may, or may not, result in real assistance, or authentic change for grassroots people.
The academic rhetoric has become a way to silence the real voices in the communities.
The injection of hundreds of thousands of dollars is a means of control, controlling the people and controlling their voices.
Censored News is currently investigating the role being played by a person who previously worked at the CIA, who is now involved in the planning of the UN World Indigenous Conference for 2014, with a planning session underway in Norway in June 2013.
At the Conference for Mother Earth in Cochabamba, Bolivia, President Evo Morales envisioned a conference of Indigenous Peoples to carry on the work of Protecting the Rights of Nature.
A former CIA employee embedded herself in the conference planning process during the session held on Kumeyaay lands near San Diego.
It is unknown yet whether traditional grassroots people will be involved with the conference for 2014.
Search Ford grants: http://www.fordfoundation.org/grants/search
Background on CIA agents using Ford Foundation as a front: http://en.wikipedia.org/wiki/Ford_Foundation

In 1967, the foundation was implicated in a wide-ranging scandal concerning the funding of domestic and international organizations by the United States Central Intelligence Agency (CIA).[28][29] The CIA had been laundering its funds for dozens of organizations and events, and the foundation served as one of its main fronts.[30] John J. McCloy, the foundation's chairman from 1958–1965, knowingly employed numerous agents and, based on the premise that a relationship with the CIA was inevitable, set up a three-person committee responsible for dealing with its requests.[31]

Lummi: 'No!' to coal shipments on sacred lands 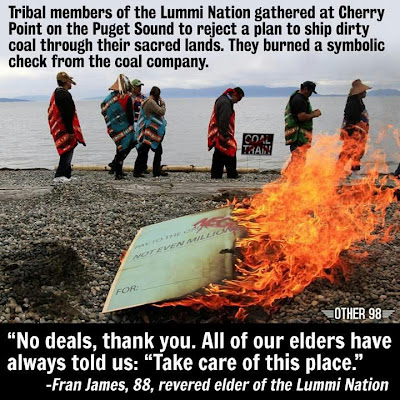