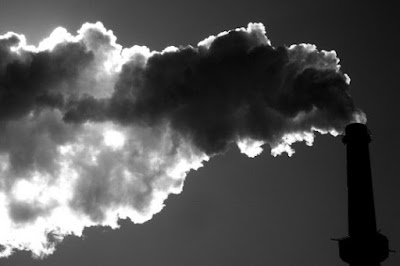 Peabody Coal is crashing and burning financially. The CEO resigned.
So, now that Peabody may not be buying off the media in Indian country with its ads, maybe there will be headline news stories on how Peabody Coal/Navajo Generating Station has long been one of the most polluting, dirty, coal-fired power plants in the world.
Is southern Arizona scrambling to figure out where all its wasted electricity will now come from?
Maybe Arizona Senators John McCain and Jeff Flake are busy trying to figure out how to steal some more land and water from Native Americans for coal mining, and slip some more bills through Congress, for dirty coal, dirty electricity, and poisoning Native people.
Now that Peabody Coal is crashing and burning, maybe the theft of Black Mesa for coal mining, the orchestrated forced relocation, the poisoning of Navajos with this coal-fired power plant, and the role of Arizona Congressmen, will finally be reported as one of the leading human rights atrocities.
Desmog reports, "St. Louis-based Peabody Energy (NYSE: BTU) closed today at $1.87 a share, down from a high of $84 per share in mid-2008. The company's chief financial officer Michael C. Crews resigned abruptly on June 28 amidst the freefall."
at July 03, 2015