Mohawk Nation News
Please post & distribute. Nia:wen.
MNN. 8 June 2015. The majority of White South Africans take no responsibility for apartheid, though they are the main beneficiaries. Over 40% think apartheid was a good idea, but badly executed. Canada’s “INDIAN reserve” system was the model for the apartheid system. Today the vast majority of South African Blacks are more impoverished, even more since the Truth and Reconciliation Commission TRC hearings in 1996. They can now buy clean water and electricity. A few are wealthy. TRC denied trials of the colonial corporate butchers who committed genocide. Instead they got amnesty.

TRC did not address the collective loss of dignity, opportunities, systemic violence, stolen land and resources, denial of education, and the role of corporations that collaborated with and made money from the brutal apartheid regime. Forced removals are deemed to be legal.
In 2008 when TRC started in Canada, the conservatives changed their laws to protect their businesses and their accomplices so they can keep stealing our resources, destroying our environment and removing protection for us. They are trying to renege on their debts and keep illegally occupying us. They want to oppress us by no jobs, no education and no money. We demand total control and profits from our lands and resources, as the agreements between free and sovereign parties would mandate.
If nothing else, the CROWN was found to have committed “cultural genocide”. Those who took part and benefitted or who didn’t actively resist will be charged in an international venue. TRC nailed the whites and their INDIAN helpers, who betrayed us, sold us into slavery, helped murder our children, allowed corporations to torture us and kept it all secret. They’re going to jail.
Many White South Africans glorify their apartheid past. 60% feel that victims of gross human rights violations should not be compensated. For stable development and to maintain social order, detention of political prisoners is necessary. Also whites should have economic control. TRC FAILED.
TRC was a sell out to the CROWN! South African Blacks have no economic power and no ownership in major corporations. Illegal land ownership continues. Well-armed policemen attack and imprison protestors who are fighting bread and butter issues. Strikes abound. Social and health services are denied. Mines and banks have not been nationalized, like in Canada. Violence has skyrocketed.

Indian Affairs Minister Valcourt remained seated at that final TRC spectacle in Ottawa. In effect he said, “I am the master. When I call you, you will come in front of me and kneel down.” He tried to maintain the fraud of his power by an old Pavlovian tactic. We see through their lies.
We are not wards of the corporation of Canada. TRC appears to be planning to split our money and resources and control our land with a few of their INDIANS, who will illegally speak for us. We will fight you. In the meantime, pay the ongwe’ho:weh for every plot of land you illegally occupy and everything else you’re stealing and have stolen from us.

The Jews had this stolen art returned to them.
Jews, who, under duress, signed away their property and suffered a holocaust, have had their property returned or were compensated. We want nothing less than our worthy counterparts. We ask them to demand equality of treatment for their ongwe’hon:weh brothers and sisters. Looted art.
Reconciliation without justice is a continuation of subjugation. The justice sought may take time. It can be found. Sixto Rodrigues sings about the apartheid in South Africa: “Sugar man. Wont you hurry, cause i’m tired of these scenes. For a blue coin, won’t ya bring back all those colors to my dreams”. [Sugar Man].
MNN Mohawk Nation News kahentinetha@mohawknationnews.com more news, books, workshops, to donate and sign up for MNN newsletters, go towww.mohawknationnews.com  More stories at MNN Archives.  Address:  Box 991, Kahnawake [Quebec, Canada]J0L 1B0 thahoketoteh@mohawknationnews.com for original Mohawk music visit thahoketoteh.ws
Good intentions went wrong.
Susan Linfield. Trading truth for justice.
Truth Commission.
Globe: Canada on brink of reckoning.
at June 08, 2015 1 comment: 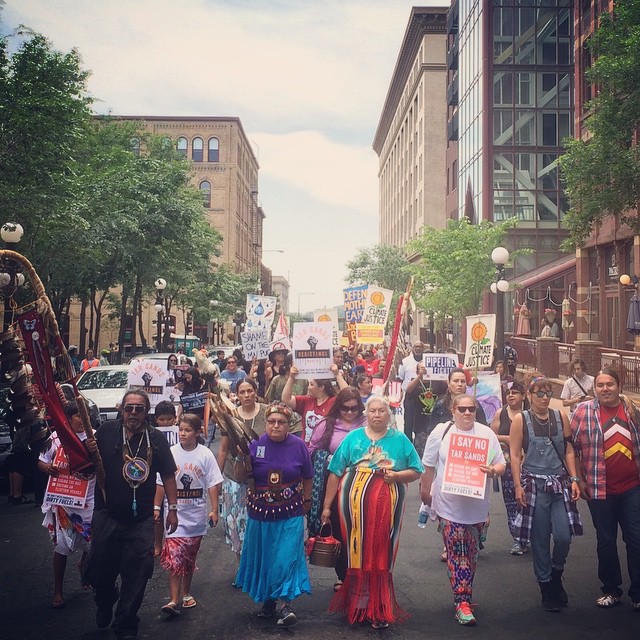 Below: 'Strong Women' by Gillette West, published with permission!
. 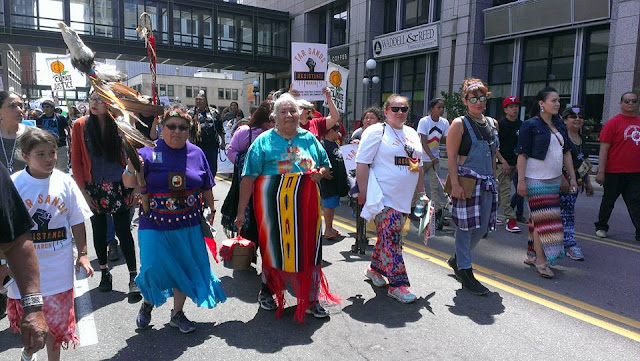 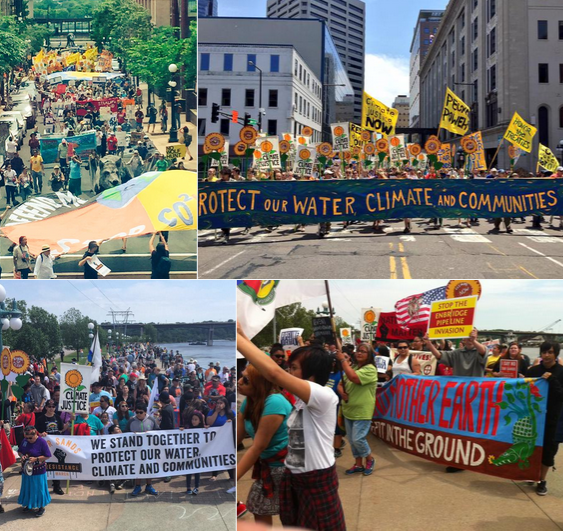