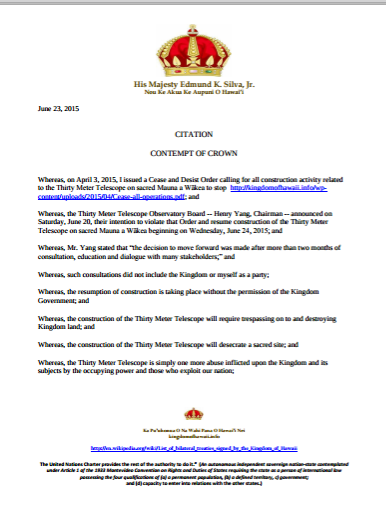 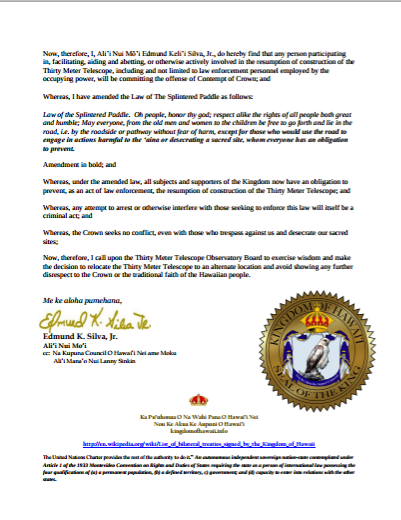 
The Dine' Walkers, Journey for Existence, are now on the third part of their journey to the Sacred Mountains

Yesterday we greeted the summer solstice at Sunset Crater and walked 16 miles along highway 89 Wupatki turn off where we started up again this morning.

These transmission lines start at Navajo Generating Station and carry power to the Central Arizona Project in southern Arizona, they pass over many Diné communities that lack electricity. We are reminded of the Naayee (monsters) that suck life from the land and people. If we want to remain as our original selves, Five-Fingered-Earth-Surface-Holy People, we CANNOT continue to supply the empire with power. Enough is enough!

Update June 23, 2015: Today we will be walking from Grey Mountain to Cameron on the OLD 89. We are relieved to get off the main stretch of road because people drive extremely fast. Please slow down for people who are hitchhiking or walking on the side of the roads out there. Look for us on old 89 today, stop by and say YÁ'ÁT'ÉÉH!

Supplies Needed
We have decided that we will walk early in the morning and in the evening when it is cooler. During the hottest time of the day, 1 pm-4 pm we will set up canopies off to the side of the road and will have information available to those who stop by. TODAY & TOMORROW: we are camping at the Peshlakai residence in Cameron.
Things we need:
Support vehicle (truck)
Fresh produce
55 gallon barrel for drinking water
Canopies for shade during the day
Cargo nets
Moccasin repairing supplies: needle, sinew, and leather for sole
We are practicing being critical of our consumption and how much waste we make. For example, everyone is using donated water canteens that eliminate the need for bottled water. This is why it is important for us to acquire a water barrel! Any of these items can be in used condition, we prefer that they are so we can continue protecting our mother, Nahaszdaan!
We appreciated your support. 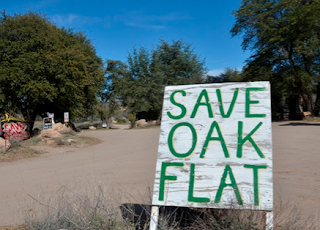 Arizona Senator Jeff Flake, who teamed up with Sen. John McCain, to sneak the theft of Apache land for copper mining into the defense bill, received donation from white supremacists

Arizona Sen. Jeff Flake -- who is responsible for the giveaway of sacred Apache Oak Flat to copper mining -- took money from white supremacists. Sen. Flake and Arizona Sen. John McCain are responsible for sneaking the rider into the defense spending bill which gives sacred Apache land to Resolution copper.
Sen. Flake was among the Republicans who attracted and received financial donations from white supremacists.
The Guardian reported, "The leader of a rightwing group that Dylann Roof allegedly credits with helping to radicalise him against black people before the Charleston church massacre has donated tens of thousands of dollars to Republicans ..."
Sen. Flake received $1,000 from the white supremacists. After the exposure by the media, Sen. Flake said he will give the money to charity. Flake's press secretary said Monday the senator is donating his $1,000 to the fund set up in Charleston to help the shooting victims' families. However, there has been no response from South Carolina as to whether the charity wants the money from white supremacists.
Meanwhile, Apaches are preparing to lead a national caravan to DC in July to press for repeal of the law which gives sacred Oak Flat to Resolution copper mining.
As usual, it will be up to Native Americans with the least financial means to make their way to Washington, and press for the repeal, following the deceptive scheme of the wealthy Congressmen -- Senators Flake and McCain -- who are responsible for the Oak Flat giveaway to copper mining.
As usual, it will be up to those with the least financial means to defend the Earth from the US Congressmen and their corporate mining partners who continuously seek to destroy Arizona with mining and destruction.

Below, photos reveal the destruction to central Arizona at Clifton, from the Morenci copper mine, in the same region as Oak Flat.
. 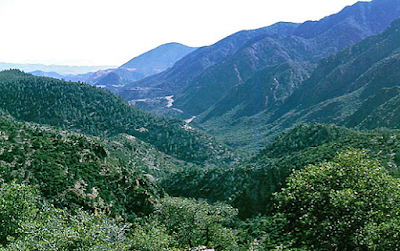 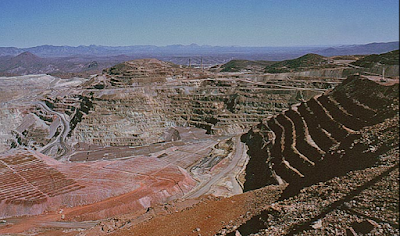 Please share our link from Censored News
http://www.bsnorrell.blogspot.com/2015/06/sen-flake-of-oak-flat-giveaway-took.html
at June 23, 2015 No comments:


Censored News
As crews continue to clean Santa Barbara beaches from the 100,000-gallon oil spill that began when a corroded pipeline ruptured off Refugio State Beach on May 19, environmental and community groups are urging Governor Jerry Brown and state officials to stop increased offshore drilling that would depend on the same oil pipeline that burst last month.


While Governor Brown, other state officlals and the mainstream media continue to falsely portray California as a "green" state, the devastation of the oil spill shows the fragility of California's ocean waters - and exposes the failure of state and federal  officials to stop a disaster like this, due to the capture of the state's regulatory apparatus by Big Oil.
Read more »
at June 23, 2015 No comments: 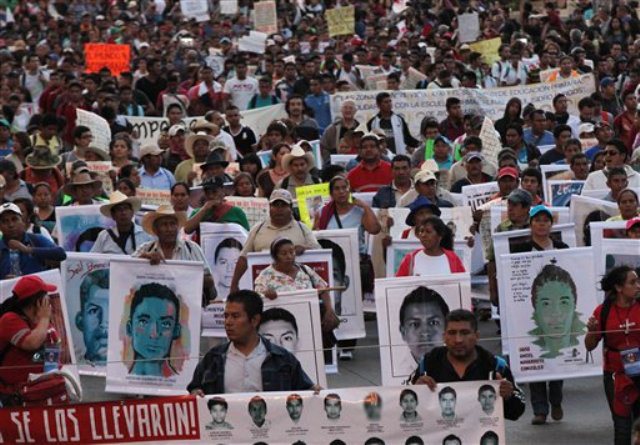 BINATIONAL FESTIVAL TO COMMEMORATE THE
43 MISSING STUDENTS OF AYOTZINAPA

LOCATION CHANGE FOR BINATIONAL FESTIVAL TO
COMMEMORATE THE 43 MISSING STUDENTS OF AYOTZINAPA
​
EL PASO, TEXAS – Nine months after a group of students in Guerrerro was attacked and 43 were kidnapped, groups and individuals in Ciudad Juárez and El Paso will hold a festival, “Fest 43” to show that the 43 students of Ayotzinapa are not forgotten, and that we still have cause to celebrate, hope, and come together to demand that they be returned “alive as they were taken from us.” The festival will take place on FRIDAY, JUNE 26 AT 6:30PM OUTSIDE THE MUSEO DE LA REVOLUCION DE LA FRONTERA, at the intersection of Avenida Benito Juarez and Avenide 16 de septiembre. The event is free, and media and the public are invited.
Fest 43 was originally scheduled to take place at la Plaza de la MeXicanidad, as it is public space free to be used by the Mexican people. However, on Thursday, June 25, on the eve of the event, la Plaza de la MeXicanidad announced on its Facebook page that they will host a concert, “Conjunto Primavera,” at 7pm. Fest 43 will continue as planned at the new venue, because Ciudad Juarez and El Paso are determined to show Ayotzinapa and the world that we have not forgotten and will not forget the 43 missing students.
Fest 43 will feature local bands including Almasanta, D’Valleys n Company, Manumiteros, Mayawari, Desertores Reggae, Blanco Animal, Rubens, Chalise Vibration Reggae, Kontragolpe Noise Manifesto, Golem, One Finger, and Mental Manic.
Fest 43 is part of Ciudad Juárez/El Paso’s participation in the 13 Global Day of Action for Ayotzinapa. Global Days of Action for Ayotzinapa are observed in cities worldwide on the 26 of every month to commemorate the events of September 26, 2014 when police and gangsters killed six, wounded 25, and kidnapped 43 students of the Ayotzinapa Rural Teachers College. The parents have continued to demand that their children be returned to them “alive as they were when they were taken.”
Fest 43 comes in the wake of the visit of “Caravana 43” in March 2015, in which the parents and family members of some of the 43 missing students visited several U.S. cities, hoping not only educate the American people about the human rights violations taking place in Mexico, but also lead American citizens and representatives to consider the hundreds of millions of dollars that the United States provides to Mexico through Plan Mérida for military equipment which has been used by the army and the police against Mexican citizens in violation of their rights.