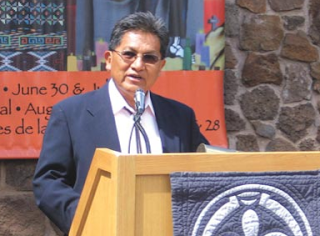 "The Hopi Tribal Council is not informing the Hopi and Tewa Senom of what it is doing ... Sens. John McCain and Jeff Flake, Arizona Gov. Doug Ducey and others are determined to take our water rights away. Former Sen. Jon Kyl tried hard before he retired." -- Former Hopi Chairman Benjamin Nuvamsa

Posted by Censored News, publisher Brenda Norrell at May 28, 2016