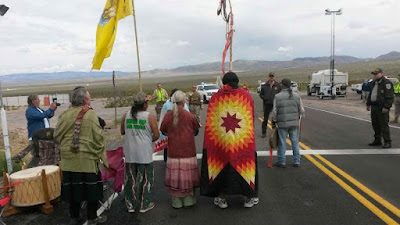 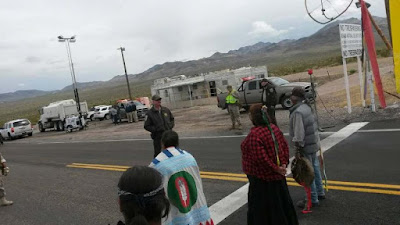 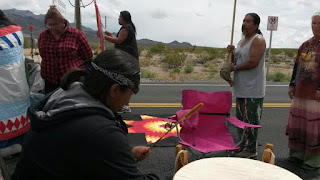 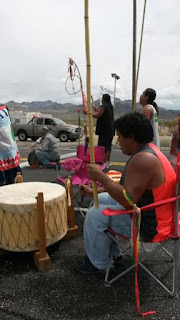 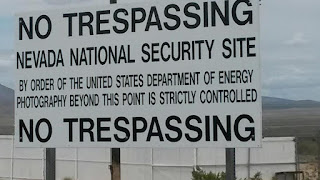 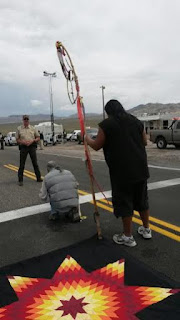 On the weeklong Western Shoshone Peace and Friendship Run and Walk, walkers and runners arrived at the Nevada Test Site on Saturday, the site of the US atomic bomb testing, on land recognized in the Treaty of Ruby Valley of 1863 as Western Shoshone land.
Carl Bad Bear Sampson, long walker and runner, documented the run this week for Censored News and shared his photos.
Bad Bear's father Buck Sampson described the struggle to protect Mother Earth, and specifically Yucca Mountain, on this Western Shoshone land scarred by atomic bomb testing and radiation, which is the site of the ongoing global nuclear holocaust.
Buck Sampson said, "They went to the gates to pray and sing songs. They are going to do this again on Mother's Day, pray for Mother Earth, the Environment, the People in the Caves there from long ago, and funeral objects, sacred sites within Yucca Mountain where Natives are resting eternally."