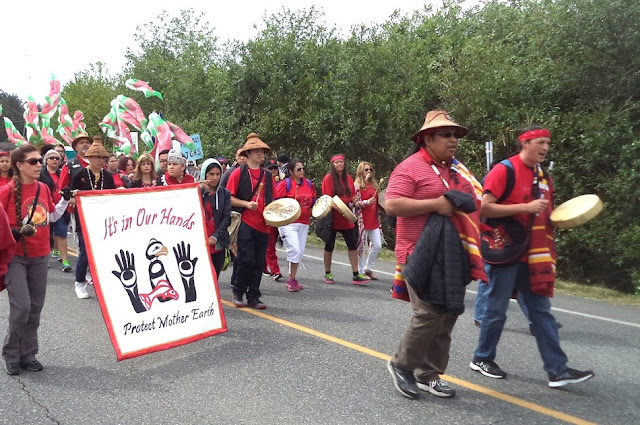 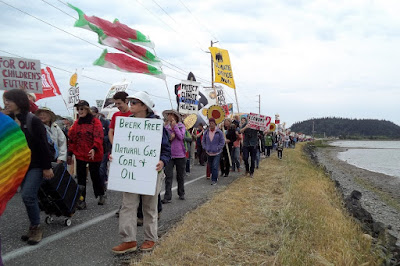 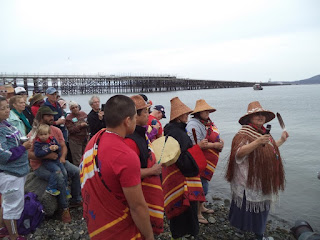 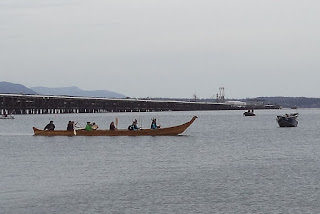 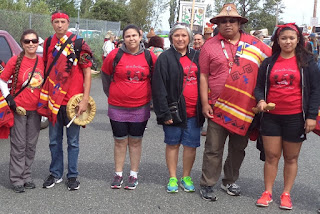 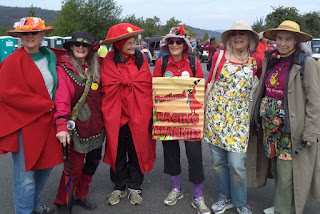 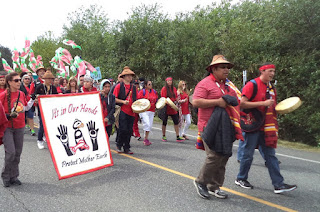 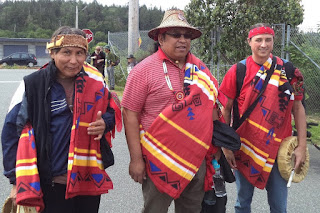 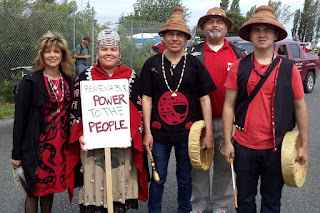 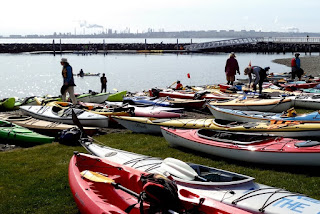 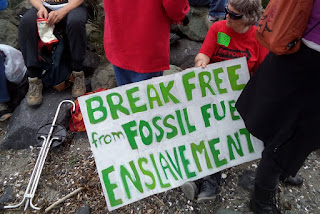 Thousands of supporters converged on March Point, Washington, today from as far away as Montana and southern Oregon, answering an invitation from the Swinomish Tribe and other Coastal Salish Nations to join in a blessing of sacred earth and waters by calling for an urgent transition to renewable energy and ecological sanity while assuring economic stability and employment for the inhabitants of the Anacortes region, some 65 miles north of Seattle, where the sprawling refineries and transport stations of Shell and Tesoro now dominate the horizons of treaty lands on Fidalgo Bay.
Posted by Censored News, publisher Brenda Norrell at May 16, 2016

Indigenous Peoples have carried the message far and wide for a long, long time and now other people are starting to wake up and listen and make space fir their voices in an honorable way and so now the hard work begins in earnest. For this coming together I am grateful and humbled. Thank you thank you!

Yes, a most inspiring day at March Point. Heart-felt gratitude for the centuries-old wisdom and resilience of First Nations people and culture. I was honored and humbled to answer the invitation to join in the spirit of such an occasion.