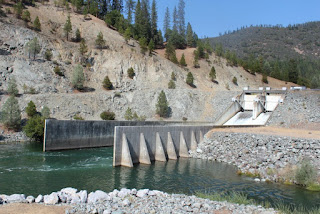 Photo of Trinity River below Lewiston Dam by Dan Bacher.

Posted by Censored News, publisher Brenda Norrell at May 30, 2016