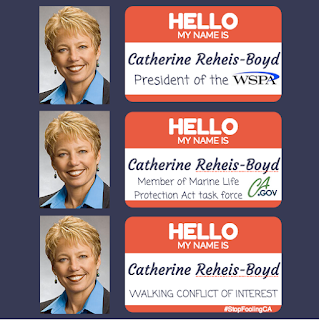 by Dan Bacher
Censored News
Underneath California’s veneer as a “green leader” is a dark and oily reality — the state is the third largest petroleum producer in the nation and the oil industry is California’s largest and most powerful political lobby.
In fact, last year’s oil industry “gusher” of lobbying expenses ensured that no environmental bill opposed by Big Oil was able to make out of the Legislature unless it was amended, as in the case of SB 350, the green energy bill. The oil lobby broke its prior spending record, spending $22 million over the past year.


The oil industry’s chief lobbying group, the Western States Petroleum Association (WSPA), headed by Association President Catherine Reheis-Boyd, spent around $11 million alone during this period. (www.eastbayexpress.com/...)
The lobbying figures for the first quarter of 2016 are now in, revealing that lobbying expenses by the oil industry have continued to soar in the 2015-2016 Legislative Session.
The Big Oil heavy hitters - WSPA, Chevron, Phillips 66, AERA Energy, Exxon and Shell - have spent more than $25 million so far in the 2015-16 legislative session. The oil industry has been spending an average of $55,000 per day since January 1, 2015, according to the latest report on oil industry lobbying by the American Lung Association in California. So far in 2016, Big Oil has reported $3.5 million in lobbying expenses.(www.lung.org/...)
WSPA has spent $12.8 million so far in the session, making them, as usual, the top California lobbying spenders of the session, noted Stop Fooling California. They have paid $1.9 million of this money to KP Public Affairs, the top grossing California lobbying firm.
WSPA’s lobbying expenses are millions above the other top lobbying organizations in the 2015-2016 session. Behind WSPA are:
2. The California Hospital Association $9,783,211
3. The CA State Council of Service Employees $8,174,785
4. The California Chamber of Commerce $5,057,612
5. Chevron $4,780,466
From January 1 through March 31, 2016, WSPA has spent $1,895,815. Chevron was the second biggest oil industry spender in 2016 so far, with $797,795 spent.
The oil industry expenditures on lobbying are even more alarming when you look at the national figures. The oil and gas industry spent over $141 million lobbying Capitol Hill in 2014 - more than $350,000 a day, according to Clean Water Action. This money helps elect candidates who support pro-industry legislation and weakening regulations and landmark environmental laws that protect our air, water, fish and wildlife. (www.cadelivers.org/...)
But lobbying is not the only way the oil industry exerts its influence in California and the nation. Big Oil contributes millions of dollars to political campaigns to effectively buy off politicians and weaken environmental laws, pressures government officials to put its friends and supporters on regulatory panels, funds at least 16 Astroturf groups to push its agenda, and collaborates with corporate media, mostly notably the Los Angeles Times, to promote its propaganda.
In California, oil industry officials have actually served as regulators, as in the case of WSPA President’s Reheis-Boyd’s “service” on the Marine Life Protection Act (MLPA) Initiative Blue Ribbon Task Forces to create faux “marine protected areas” in California.
Reheis-Boyd chaired the MLPA Task Force for the South Coast, as well as serving on the panels for the Central Coast, North Central Coast and North Coast, at the same time that the oil industry was fracking like crazy in Southern California  ocean waters.
The so-called "marine protected areas” created under the “environmental stewardship" of Reheis-Boyd, other corporate operatives and political hacks fail to protect the ocean from oil spills, fracking, oil drilling, pollution, corporate aquaculture, military testings and all human impacts on the ocean other than fishing and tribal gathering.
To read my in-depth investigation of the five "wonderful” ways that Big Oil and WSPA have captured California politics, go to: www.dailykos.com/...
Posted by Censored News, publisher Brenda Norrell at May 17, 2016

Water is Sacred and, by that intent, truth is certain victory. Sharing for us all.