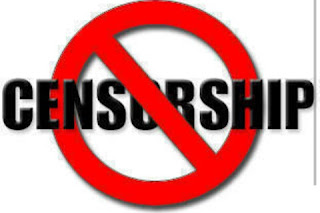 Facebook is censoring this article tonight, which exposes censorship by Facebook. Whistleblowers at Facebook are revealing the truth:
http://theantimedia.org/whistleblowers-facebook-censors-news/
It is good not to take Facebook too seriously, since it is a crude marketing tool.
More alarming, Facebook is used extensively by the US and governments around the world for tracking human rights activists and the theft of their personal data.
Of course we know now that everyone's data is stolen and stored by the US, UK and other governments.
Tracking your location is just one tool of Facebook that violates privacy.
US agents have remarked about how easy it is to track activists, since they keep checking in at Facebook.
Israeli agents diverted peace activists away from Palestine by tracking them on Facebook and then blocking their air travel.
Besides what you post, each time you log into Facebook, your IP address is recorded. Facebook keeps a permanent record of your locations. (This means they know where you sleep, and who else sleeps there if they log on.)
Further, Facebook has become a garbage dump for 'clickbait.' These fraudulent news websites steal the work of real reporters.
Each time you click on the fraudulent news links, they make money. These profiteers steal the most controversial news in order to grab your attention.
They often use photo collages in an attempt to avoid photo copyright prosecution.
These websites are a form of poverty porn, making a profit from human misery.
Perhaps Facebook's greatest damage is the lure to waste time, precious time.
And there's often no better way to ruin your day than to log onto Facebook.

Posted by Censored News, publisher Brenda Norrell at May 09, 2016