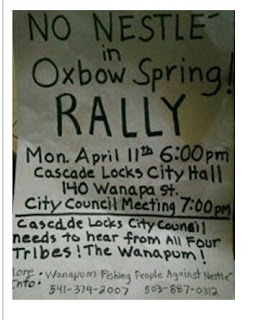 
During 2015, the heat picked up and the water in the Columbia River was the warmest on record. Various species were threatened by the temperature increase, with high mortality rates found in some species including spring Chinook salmon, an integral part of Columbia River Treaty Tribes culture and spirituality.