US Media and Indian Country Media: Billionaires and Fraud at Core of News 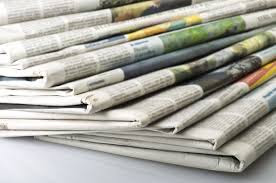 The New York Times reveals how billionaires have taken control of much of the US media -- billionaires tied to politicians, casinos, the Mormon Church, sports teams, and more.
The New York Times article does not cover how the national Indian country media is now controlled by casino dollars and relies primarily on stay-at-home plagiarizers.
Jacqueline Keeler, Native reporter recently fired by Indian Country Today, reveals how Indian Country Today is now controlled by a non-Indian editor that previously worked as an editor at Playboy.
Censored News was created 10 years ago, after I was censored and then terminated, after working as a longtime staff reporter for Indian Country Today.
Integrity does matter, especially at the foundation of journalism and the pursuit of truth.
The New York Times does not identify one of the billionaire owners of the news media. It is Indian Country Today, owned by the Oneida Indian Nation in New York, which operates a billion dollar casino industry.
The collapse of the national news in the United States, and particularly in Indian country, can also be seen as part of the death of the old system. The current journalism is taking its last gulps, using Internet fraud, plagiarism and deception, particularly on Facebook, to confuse, distract and misinform with stolen news, and fake news.
Meanwhile, in the mainstream news, each day the bloated old news media and its new billionaire owners want to influence you, shape your opinions, and shape the US and the world with fraud.

Facebook is full of clickbait. These fraudulent websites steal the hard work of real reporters, and post it for advertising or ad word revenues. Each time you click on the link, these frauds make money. Read more about clickbait: https://en.wikipedia.org/wiki/Clickbai

Brenda Norrell, publisher of Censored News, has been a news reporter in Indian country for 34 years. During the 18 years that she lived on the Navajo Nation, she worked as a reporter for Navajo Times, and a stringer for AP and USA Today. She served as a staff reporter for Indian Country Today for most of the years between 1995 and 2006. After being censored, then terminated, by Indian Country Today, she created Censored News as a service to grassroots Indigenous Peoples and human rights struggles.
During the past decade, she has traveled with the Zapatistas, reported from the Mother Earth Conference in Bolivia, and reported live for five months, with Govinda at Earthcycles grassroots radio, on the Longest Walk 2 northern route in 2008.
The live coverage over the past decade included the Peltier and Boarding School Tribunals in Green Bay, Wisconsin, and Native American summits across the West.

All content on Censored News is copyrighted by individual authors and photographers.
at May 27, 2016 No comments: