Gwich’in people to Congress: No drilling in our sacred place 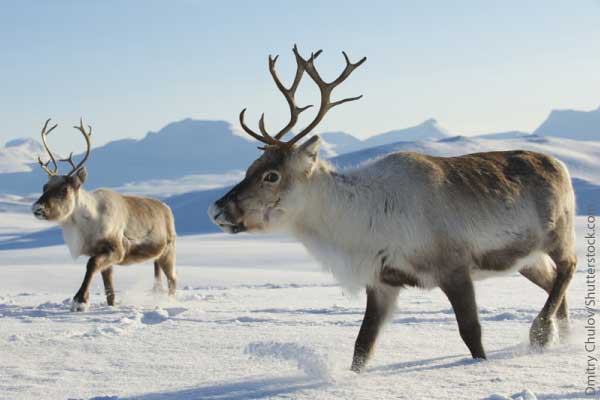 
Gwich'in people to Congress: No drilling in our sacred place
FAIRBANKS – Today the House Budget Committee announced its 2018 fiscal budget, which includes a $5B dollar reconciliation instruction to the House Natural Resources Committee, which serves as a veiled attempt to drill in the Arctic National Wildlife Refuge. Earlier this year the White House released its budget with a $1.8B in speculative revenues from drilling in the Arctic Refuge.
Statement by Bernadette Demientieff, Executive Director, Gwich'in Steering Committee:
"Our homelands are under attack. The very existence and identity of the Gwich'in is under threat. The Arctic National Wildlife Refuge is a sacred place. We want to continue to live our cultural and traditional life with the Porcupine Caribou Herd.
For decades, the Gwich'in Nation has defeated harmful proposals in Congress that would threaten the Coastal Plain; the birthplace to the Porcupine caribou herd and 190 other species, including migratory birds. This area is known to us as 'Iizhik Gwats'an Gwandaii Goodlit' – the sacred place where life begins. For us, protecting this place is a matter of physical, spiritual and cultural survival. It is our basic human right to continue to feed our families and practice our traditional way of life.
Development in the Arctic Refuge's coastal plain, like what is proposed in the 2018 budget, is a human rights violation. Congress must listen and stop this irresponsible and immoral drive to drill in our sacred place. Our identity is not negotiable."
--
Bernadette Demientieff
GSC Executive Director
bernahorace@gmail.com
Posted by Censored News, publisher Brenda Norrell at July 18, 2017

No Way will anyone be allowed to enter the ANWR for such destruction through drilling, mining, lumber or commercial hunting/fishing- Ever.
The fossil fuel industry is a dying industry and will not survive for more than another 30 years as we will be using Solar, Wind, Geothermal, small stream/river Archimedean Screw power generators for local supply of energy and they are fish friendly.

We must learn to recycle and conserve this Mother Earth as it is our only place to live for now.
So we must resist and continue to say NO to the ANWR being destroyed - just look at the Tar Sands areas in Alberta, totally destroyed and polluted along with their water sources. These Greedy Corporations must be held accountable and told do emphatically "WE the People" will not allow this pristine environment to be destroyed.