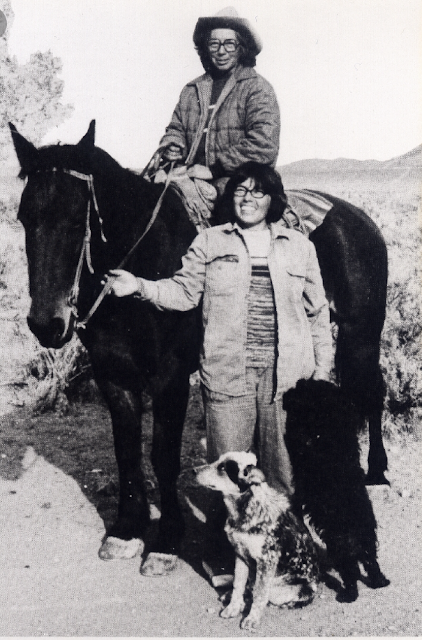 Why Tribal Councils Will Turn On Their Own People

When everyone from our president on down believes that Iraq had no weapons of mass destruction, you have to wonder why we went to war in the first place. We also know now that there was never any evidence linking Saddam Hussein to the 9/11/01 terrorist attacks. Some said we went to war for the oil and some said we went to war for the economy. Then there was that three paragraph article in the November 13th  2000 edition of Time Magazine  entitled, "Saddam Turns His Back on Greenbacks". It said that Iraq would no longer accept dollars for oil because it did not want to deal "in the currency of the enemy." In retrospect, we are only left to speculate why we went to war with Iraq.  Pulitzer Prize winning author, James Risen wrote in his book Pay Any Price, "Within weeks of the toppling of Saddam Hussein's statue in Baghdad's Firdos Square in April 2003…unmarked trucks started backing up to the loading docks at the East Rutherford Operations Center. There, they were filled end to end with dozens of pallets of shrink-wrapped $100 bills…The trucks stopped at Andrews Air Force Base outside Washington, D.C., where the palletized cash was transferred to the cargo holds of air force C-17 transport  planes…finally, the planes landed at Baghdad International Airport…" Of the $12 to $14 billion in palletized cash and the $5.8 billion in electronic transfers, he wrote, "All told, approximately $20 billion was sent to Iraq without any clear orders or direction on how the money was to be used."

Over a decade later we can only wonder why nations go to war with each other.

Even at Standing Rock, you have to read between the lines and look behind the scenes to understand why tribal councils will turn on their own people.  On February 15, 1974 the government, through an act of Congress called the Indian Claims Commission,  offered the Lakota  $17 million dollars for their homeland. When it became obvious that the Indians would not take such a piddling amount, the Congress passed another  act called the Indian Claims Commission Act Amendment which added $85 million more in interest under the 5th amendment of the U.S. Constitution (dealing with just compensation).  The Fifth Amendment says, "No person shall be…compelled… to be a witness against himself, nor deprived of life, liberty, or property, without due process of law; nor shall private property be taken for public use, without just compensation." The government lawyers were in a dilemma because allowing interest from the time of "discovery" (the Indian Claims Commission was based on the "Doctrine of Discovery") for one tribe would have to apply to all the tribes, even the ones which had already been paid. In 1980,  the Supreme Court weighed in, the United States offered $105 million dollars. Currently, that amount has grown to $1.3 billion dollars.

Only adults and none of the children would share in that money---money that would only amount to about $10,000 per adult. Does anyone know what the cut off age is that deprives a child the right to his or her homeland? Those parents who are thinking of accepting that meager amount of money are throwing the children in their own households into the fires of hopelessness.

This money is for the selling of the Great Sioux Nation today! Make no mistake about it, this is an out-of-court settlement with the Congress picking and choosing which parts of the 5th amendment  applies to the Indians---if at all. The "due process of law" part would demand that the supreme law of the land, the treaty be honored. These so-called leaders with dollar signs in their eyes need to consider that out of the Homestake Gold Mine alone, they took 41 million troy ounces of gold worth $48 billion dollars at today's  gold prices.  Just a couple of years ago in the Elouise Cobell case,  those few Indians who were actually receiving royalties from oil wells found that once they cashed those Cobell settlement checks, their royalty payments stopped.  Of course not many people talk about it because the shame of being swindled also steals your voice.
There is a parallel between what is happening now and what happened with the Western Shoshone. While Carrie Dann was trying to get their treaty honored, the tribal councils were trying to sell the land right out from under her and everyone fighting for their rights. The Western Shoshone had the Treaty of Ruby Valley of 1863 which they took all the way  to the United Nations. In 2003 the U.S. government admitted that they were relying on the 1823 Supreme Court decision of Johnson v. M'Intosh- the doctrine of discovery. During the Obama administration, checks were cut to every man, woman and child on the Rez for $20,000 dollars that the tribal councils settled with the government for their land rights—with another $20,000 to come at a later date. Some people think that the UN is worthless but they have a way of shining a light on government swindle. Then it is up to sovereign nations to determine whether they are the masters of their fates, the captains of their souls or the cutters of their own throats.

The question that should asked  is whether the Congress has the right to discriminate which parts of the 5th amendment applies to the Indians. This is especially relevant since the United Nations Declaration on the Rights of Indigenous Peoples says in Article 37 that "Indigenous peoples have the right to recognition, observance and enforcement of treaties…"

Recently,  in a video on Censored New a law enforcement officer told a water protector that he was "on the asphalt" and the water protector told him, "You are on stolen land".  Let the United Nations decide who the law enforcers are and who in fact are the law breakers. 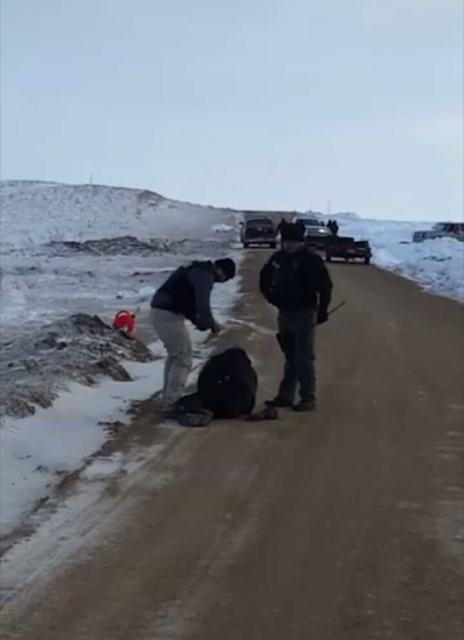 A BIA police officer beat an unarmed woman on a dirt road near Sacred Stone Camp on Feb. 4, as documented in video released from the scene.
"How dare the BIA attack this water protector, who is peacefully walking away from him? The video is shaky, but you can clearly see him raising his baton and swinging full force at her legs and beating her until she falls to the ground while she screams in pain. SRST (Standing Rock Sioux Tribe), call off your goons!" said Sacred Stone Camp.
Three people were reported arrested, as BIA police continue to target Sacred Stone Camp, the original camp of water protectors located on the private land of LaDonna Bravebull Allard.
The video footage shows a BIA officer violently attacking an unarmed water protector with his baton.
The woman can be heard screaming, "Stop brutalizing me," repeatedly.
The Standing Rock Sioux Tribe has brought police into the camps of water protectors.


"How dare the BIA attack this water protector, who is peacefully walking away from him? The video is shaky, but you can clearly see him raising his baton and swinging full force at her legs and beating her until she falls to the ground while she screams in pain. SRST (Standing Rock Sioux Tribe), call off your goons!" -- Sacred Stone Camp
at February 06, 2017 1 comment: