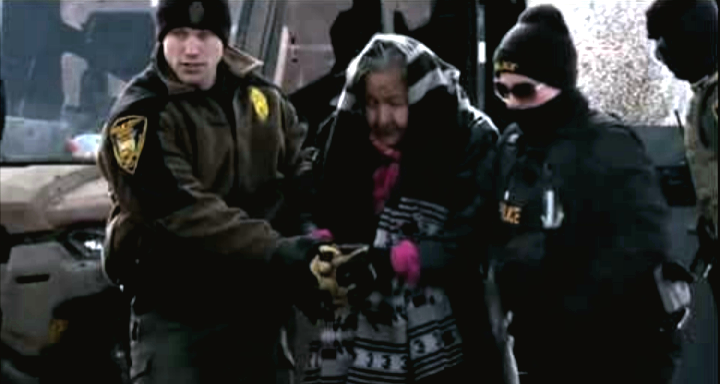 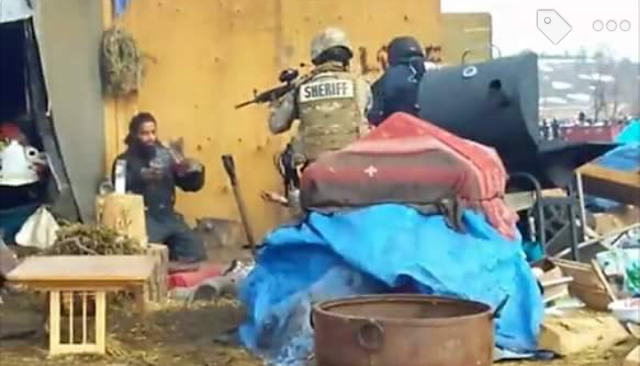 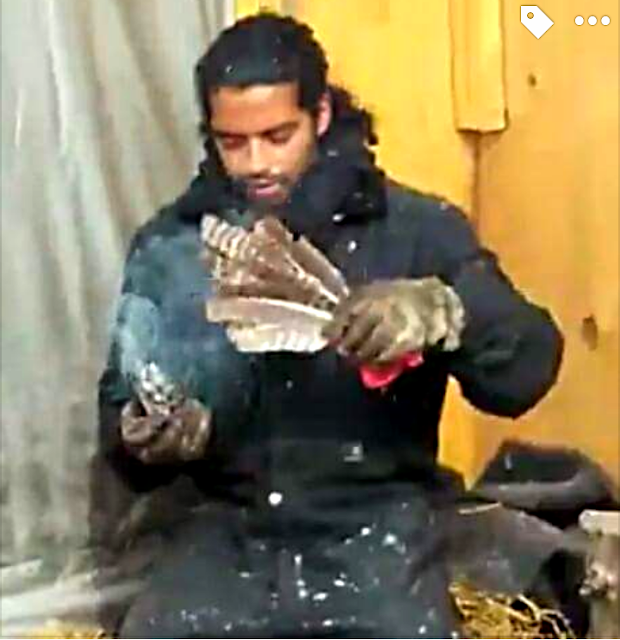 Grandmother Regina, about 80 years old, was arrested today as militarized police attacked unarmed water protectors in prayer in Standing Rock Camps.
Erick was arrested with a police rifle pointed in his face as he prayed with sage.
One relative was arrested as he prayed with the Sacred Pipe.
An Inipi was smashed by police.
About 45 water protectors, including reporters, were arrested as Oceti Sakowin and Rosebud Camps were attacked by militarized police and federal agents. Bulldozers destroyed structures. 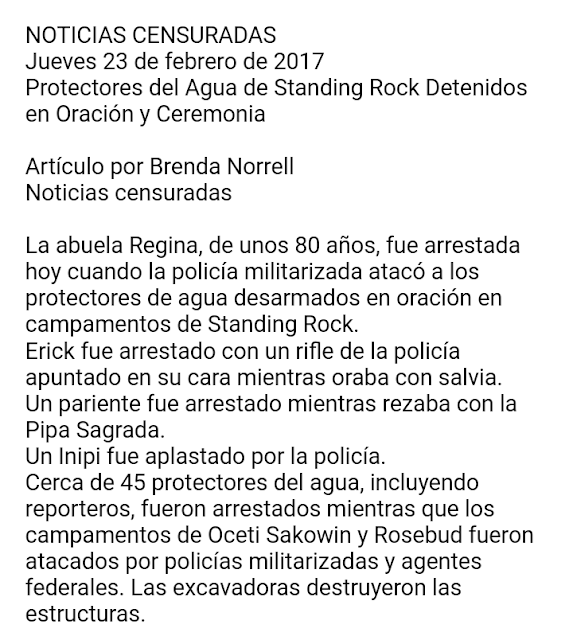 Photos copyrighted by each photographer.
at February 23, 2017 No comments: 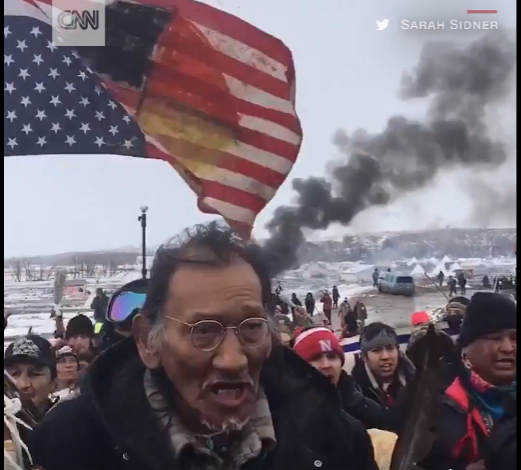 Video below: Unicorn Riot's excerpts from its live coverage.

Johnny Dangers reporting live said at 4:30 pm:
The Oceti Oyate Camp is being destroyed by police and bulldozers currently.

Rosebud Camp was raided by BIA and they have full control of it now.
Elders were arrested. Veterans were arrested.
Journalists were arrested. I saw an Inipi destroyed in front of my eyes.
I'm back safe. My hand and leg are sprained.
I feel a sadness today. The river weeps.


They can not end the prayer.
The Prayer continues in our hearts and souls.

Johnny Dangers reporting live at 1:39 pm on Thursday, Feb. 23, 2017."
Heavily armed police attacking.
"They have now taken over 100 percent control of Oceti Sakowin. Anyone in camp will now be arrested."
In the background, a voice calls out, "Officers go home!" 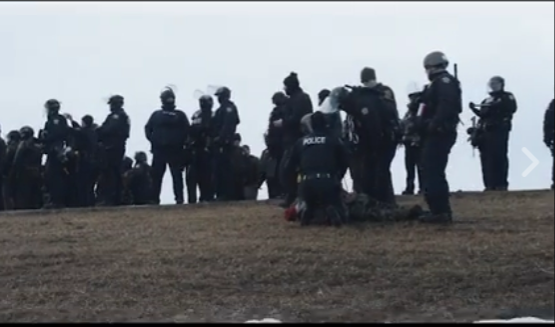 12:15 pm -- Police advancing, helicopter overhead. "They've taken about half of camp and are lining up to come this way."
Helicopter is circling overhead.
"Feds are waiting outside of Rosebud."
Humvees covering their movement. Multiple elders arrested. Grandmothers, elders, veterans arrested.
Police sliced open a tipi.
When police asked if they have live ammunition. Police said, "What do you think."
Now 30 to 50 below circling helicopter.
Water protectors at Cheyenne River Camp arrested. Police pointing sniper weapons at people. It is 31 degrees.
Last week, Standing Rock Chairman Dave Archambault said there would be no forced eviction, after the tribe asked for BIA to serve eviction notices in camps.
At 12:28 pm, Johnny Dangers, reporting live, said, "If you are up on Facebook Hill, get the hell out of there."
"A call for medics."
At 12:33 pm, police moving in on Johnny Dangers.
The calls in the background cry out, "We are unarmed."
"Please respect Treaty Land!"
Follow this post and share:
http://bsnorrell.blogspot.com/2017/02/oceti-sakowin-camp-being-raided.html 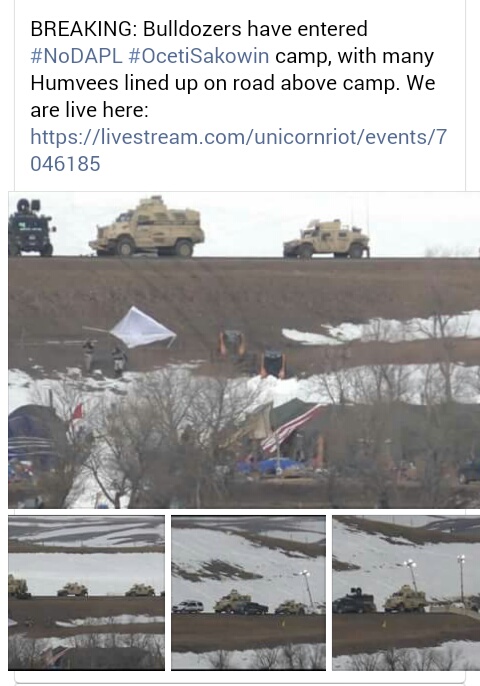 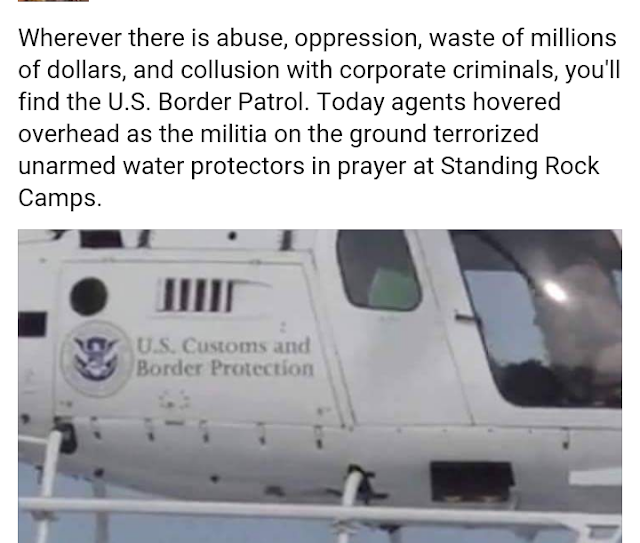 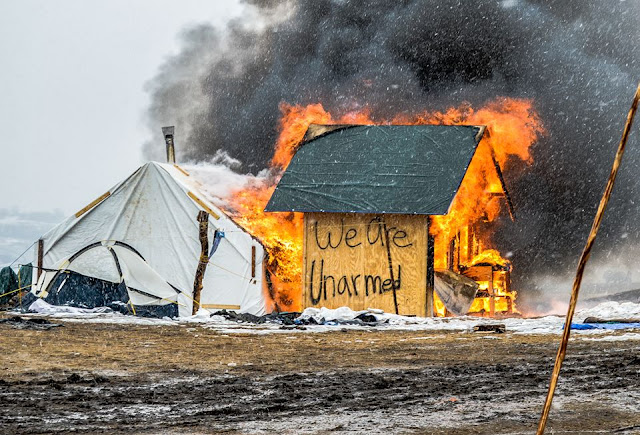 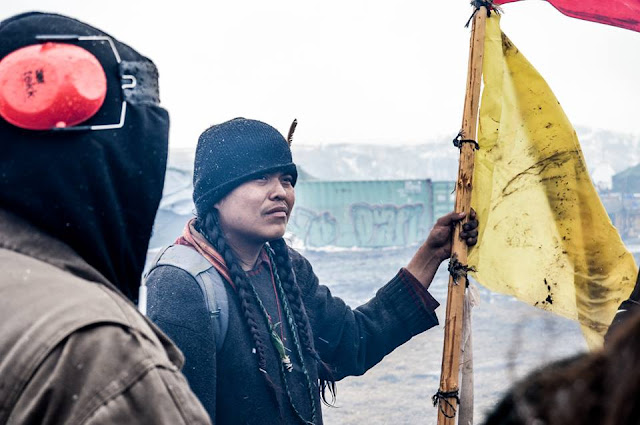 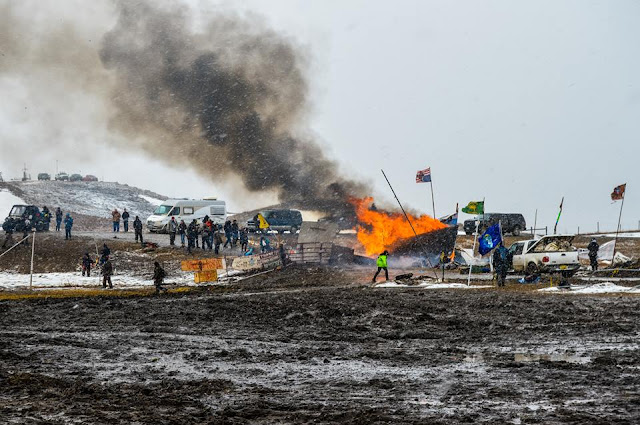 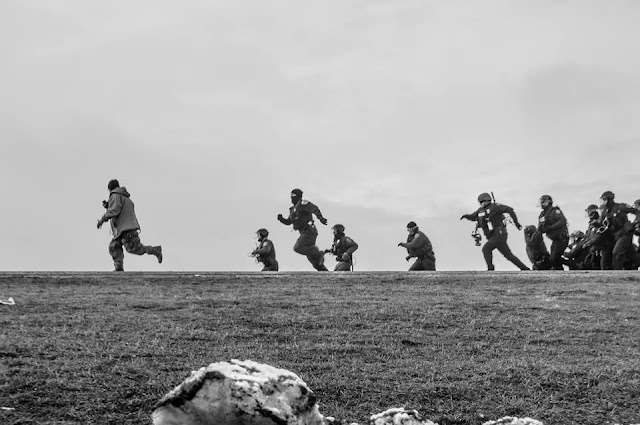 Riot Police from Wisconsin and North Dakota chasing down Eric Poemz as he was reporting from the frontline. In live video, Eric was tackled my militarized police, and screamed that they were breaking his hips.
at February 23, 2017 No comments: